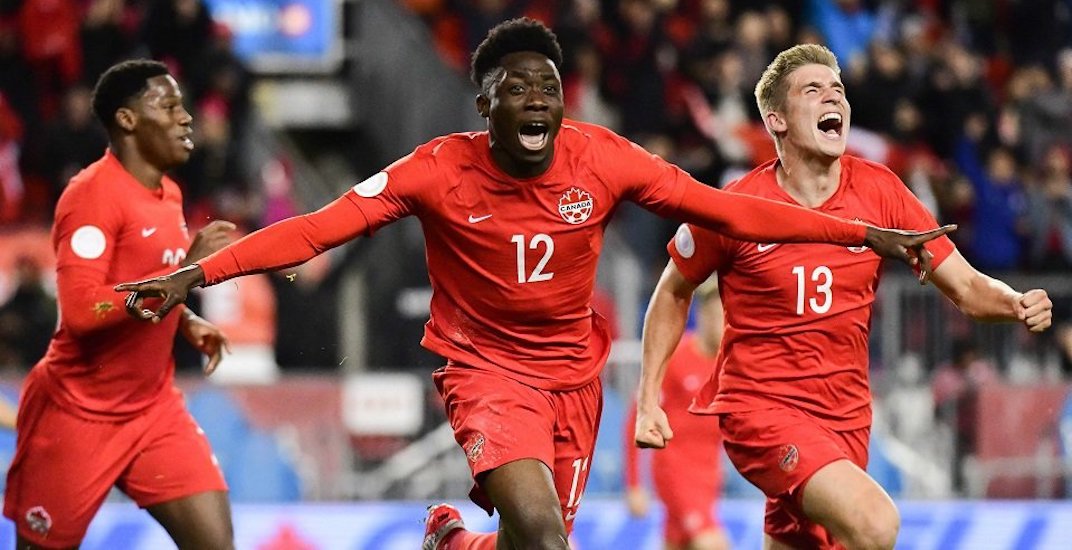 The Americans’ 17-match undefeated streak against Canada came to an end, as Canada earned its first win against its arch rivals in more than 34 years.

You have to go back to April 2, 1985, to find the last win by Canada over the United States – a 2-0 win at BC Place in Vancouver. Not a single player on Team Canada had been born at the time of that victory.

The win was a major upset by historical standards as well as present day rankings, as Canada (No. 75) is well behind USA (No. 21) in the FIFA world rankings.

Alphonso Davies gave Canada a 1-0 lead in the 63rd minute, converting a pass from captain Scott Arfield. Lucas Cavallini put the game away in the 90th minute, scoring on a ball chipped forward by Jonathan Osorio.

You love to see it! Alphonso Davies gets onto a ball sent across the box from Scott Arfield. And just like that, it is 1:0.

WATCH: Lucas Cavallini secures the win after bringing down a beautiful ball over the top from Jonathan Osorio. #CANMNT pic.twitter.com/LMansjvXMP

Absolute SCENES at the full-time whistle!!

This was for you, Canada. 😘#CANMNT pic.twitter.com/5X38eLaB7V

The win keeps Canada in first place in Group A of the Concacaf Nations League. It also earns 18 points on the FIFA rankings, moving them into sixth-place among countries in Concacaf.

“It was just an electric atmosphere tonight,” said Canada’s head coach John Herdman, in a statement sent to Daily Hive. “To the boys, nothing but pride. There has been that belief right from the onset. Tonight is only one step and there is more to come.”

Canada has won nine of 11 international “A” matches since Herdman took over as head coach in January 2018.

Goalkeeper Milan Borjan kept a clean sheet highlighted by a save from close range in the 51st minute when the match was scoreless. It was the 21st shutout for Borjan, one back of the Canadian record.

A look back at Borjan's stop in the 51st minute to keep things level!

“This is unbelievable and thanks to the fans that were here tonight,” said Borjan. “We showed we have a young team that is bringing a new football to Canada.”

These two countries will play each other again on November 15 in Orlando.