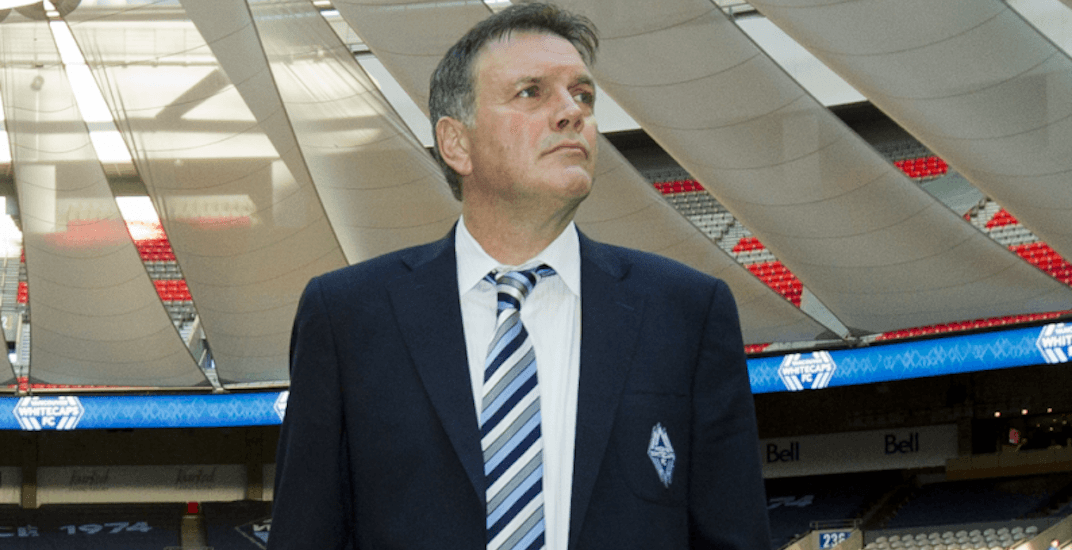 Bob Lenarduzzi isn’t leaving the organization, but he’s no longer president of the Vancouver Whitecaps.

The club has announced that Lenarduzzi will transition to a new role as ‘club liaison.’ The longtime Whitecaps executive will work closely with ownership and club executives to represent the club locally, nationally, and internationally, the team said in a Friday morning media release.

The move answers the calls of many fans to an extent, as there had been increasing demand to move on from Lenarduzzi by supporters. Fans could be heard singing “Lenarduzzi, Lenarduzzi, hey hey hey, goodbye” during their last MLS home match on July 20.

Pressure had been mounting on Lenarduzzi this year, beginning with how the team handled abuse allegations from former female players. The team’s play on the pitch hasn’t helped matters either, with the Whitecaps currently sitting 23rd out of 24 teams in MLS.

The most recognizable name locally in the sport of soccer, Lenarduzzi has been with the club for 45 years — serving in numerous roles, beginning as a player in 1974. He has been the Whitecaps’ only president since entering MLS in 2011.

“Whitecaps FC would not be Whitecaps FC without Bob Lenarduzzi,” team co-owner Jeff Mallett said in a media release. “His knowledge, relationships, and history with this club is unparalleled and will be invaluable as we enter our next chapter.”

“For me, I’m incredibly passionate about representing this club and brand here at home,” said Lenarduzzi. “With the league growing the way it is, now is the right time to inject new leadership into the soccer side of our organization. I am proud to have been with the club every step of the way, and I’m very excited to continue working with our partners at home and abroad as we look toward to the biggest milestone in Canada’s soccer history in 2026.”

In Lenarduzzi’s place will be a new “sporting director,” with the Whitecaps announcing that they have opened up an “extensive global search” to find someone who will lead the technical direction of the club at all levels.

The new role will report into ownership, and the team will not name a new president.

“These are exciting times in MLS with the league growing at an unprecedented rate both on and off the pitch,” said Mallett. “We are committed to taking the ‘Caps to the next level, to being championship contenders. We’ve invested heavily in our soccer operations, from facilities to coast-to-coast soccer programming for boys and girls. Bringing in a sporting director is the next step to take the club forward.”

The Whitecaps say they are looking for a “proven leader who brings exceptional soccer expertise to the club,” adding that the individual will have a “vast understanding and knowledge of scouting and recruitment in the global market.”

That’s been a weakness of the Whitecaps in recent years. While the team isn’t near the top of MLS in terms of payroll, the money they have spent has often been ill-advised.