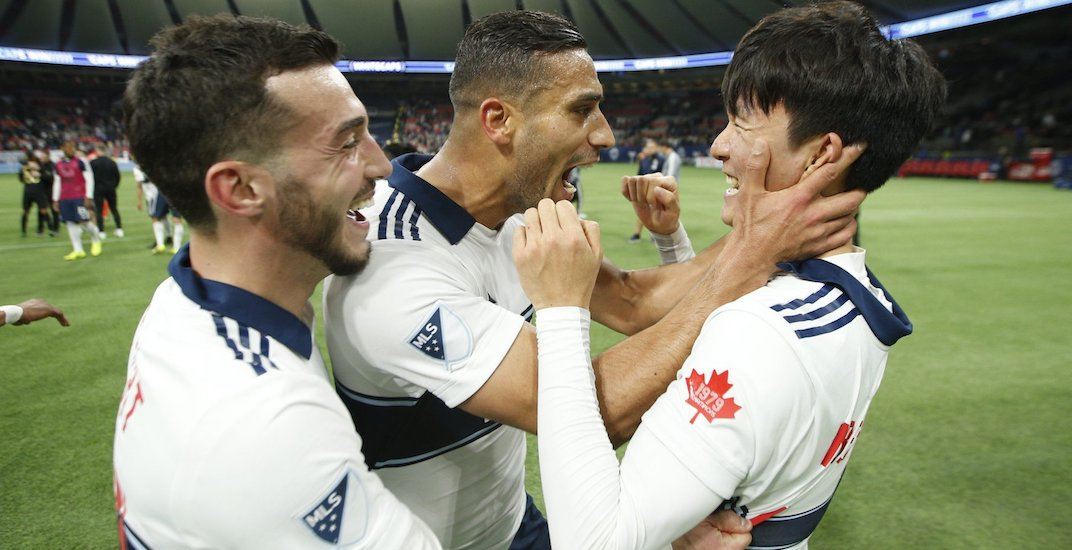 The Vancouver Whitecaps had a disappointing 2019 season, finishing dead-last in the Western Conference. A record of 8-16-10 was not what the organization, players, and supporters expected. Anytime a team fails to live up to expectations, changes are inevitable.

The offseason could see the departures of several key players as the club begins the task of retooling for next year. Marc Dos Santos and their yet-to-be-hired technical director will have lots of work to do.

Note: MLS player salaries listed in parentheses are as of September 13, 2019. 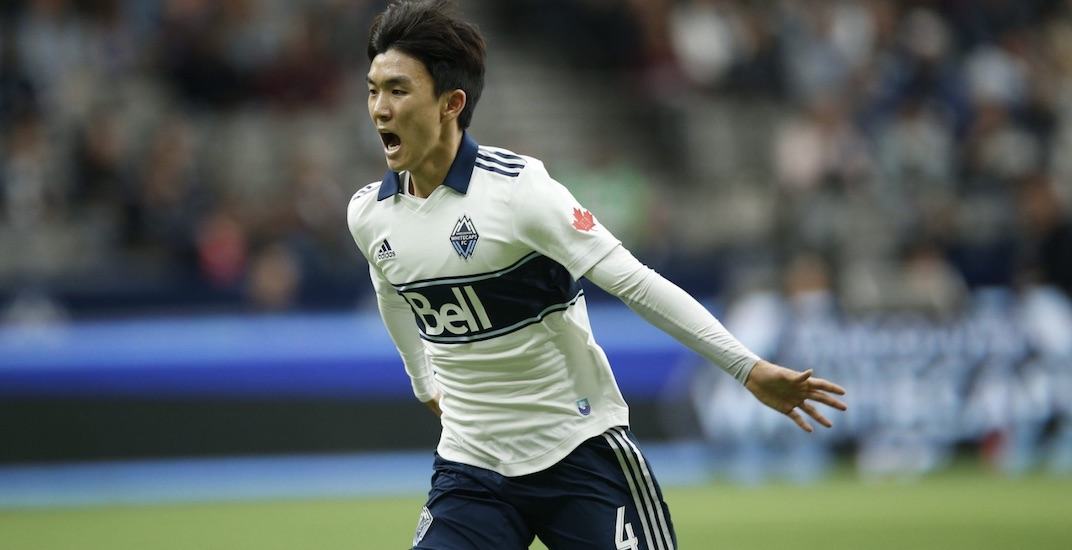 The 23-year-old playmaker isn’t going anywhere. In-beom Hwang finished tied for the team lead with five assists. He played his best football in the final month of the season. Vancouver will look to build their midfield around the South Korean international.

The team’s highest-paid player, Ali Adnan has the potential to be one of the top left backs in MLS. The Iraqi international brings a unique offensive dimension to Vancouver’s attack, finishing tied for the team lead with five assists.

A fan favourite with supporters all over the world, Adnan will be back.

The Whitecaps are expected to pick up Yordy Reyna’s option for next season. The Peruvian international’s third season was his best statistically in MLS, scoring seven goals in 25 matches.

The 26-year-old was one of Vancouver’s few consistent players throughout the season.

In his first full MLS season, Max Crepeau solidified himself as a No. 1 goalkeeper. Crepeau set an MLS record by making 16 saves in one match on August 24 and was named the team’s Player of the Year.

The Canadian keeper kept his team in a lot of matches they had no business being in.

Doneil Henry was the anchor on the Whitecaps’ back line. The Brampton, Ontario native’s leadership and MLS experience was much needed on a team that featured several new faces.

Derek Cornelius had a few ups and down early on in the season when he was playing out of position. He came into his own though, playing to his strengths alongside fellow Canadian centre back, Doneil Henry. The duo formed a strong partnership that could surface again next season.

Twenty-year-old Theo Bair was a pleasant surprise in Vancouver’s attack. The club showed confidence in the Whitecaps Academy product and he showed his value with two goals and two assists in his rookie campaign. At times, Bair supplanted veteran Fredy Montero in the starting lineup.

The promising Ottawa native, could take on a bigger role next season.

The talent is there, but the health and full fitness from Jasser Khmiri wasn’t enough to give him a bigger role with Vancouver. He was a standout in his lone appearance of the season when he made 19 clearances against the LA Galaxy on September 29.

An offseason of rest and recovery could help Khmiri have a breakout campaign in 2020. The 22-year-old, Tunisian isn’t going anywhere.

Up in the air 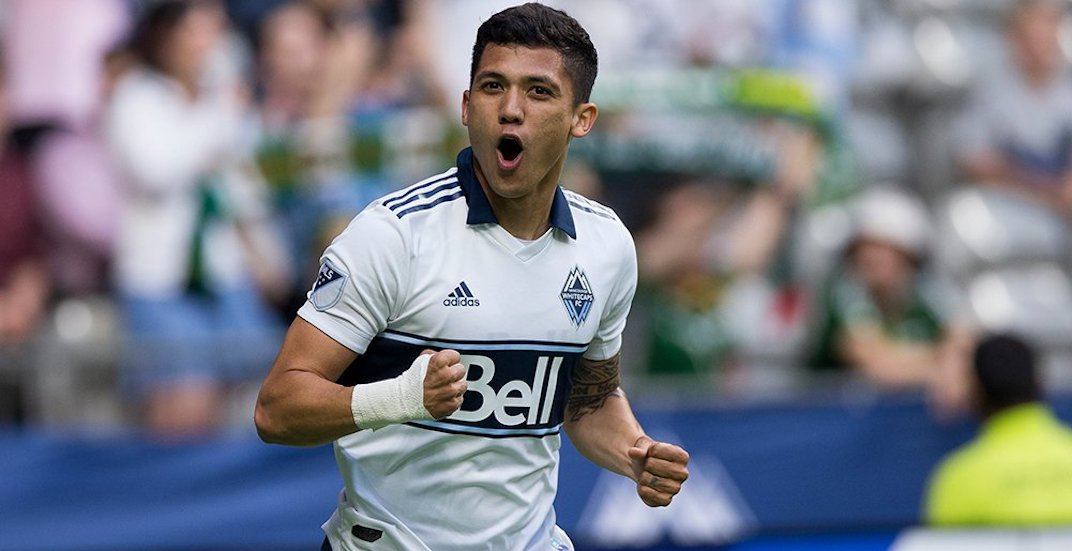 Fredy Montero wants to come back next season, but it remains to be seen what Vancouver will do at the striker position. The Colombian international led the team with eight goals in 32 appearances, but his consistency vanished during large stretches of the season.

The 32-year-old finished the season in a substitute’s role off the bench.

The longest-tenured Whitecaps player finished his ninth season with Vancouver by making 27 appearances, with three assists and several back passes. He comes with a team-friendly salary, but a fresh start with a new MLS team could be the best fit for all parties.

Money talks, and that’s exactly what Vancouver will have to show Club Atlético Colón in Argentina if they want to buy Godoy permanently. The 26-year-old was a standout in the Whitecaps’ back line, as a solid, durable defender that quickly adapted to MLS.

If the price tag fits, there is no reason why Vancouver should not bring back the Argentine defender.

Right back Jake Nerwinski scored his first MLS goal on August 24 against San Jose. The third-year Whitecaps defender made 26 appearances this season but could be a trade chip.

Swiss international Scott Sutter split time with Nerwinski at right back, scoring one goal in 18 appearances. His veteran presence and positive outlook on life brought enthusiasm to everyone around him. Sutter’s strong ties to the community, and outstanding character make him a terrific leader.

The 33-year-old could return next season as a depth player. 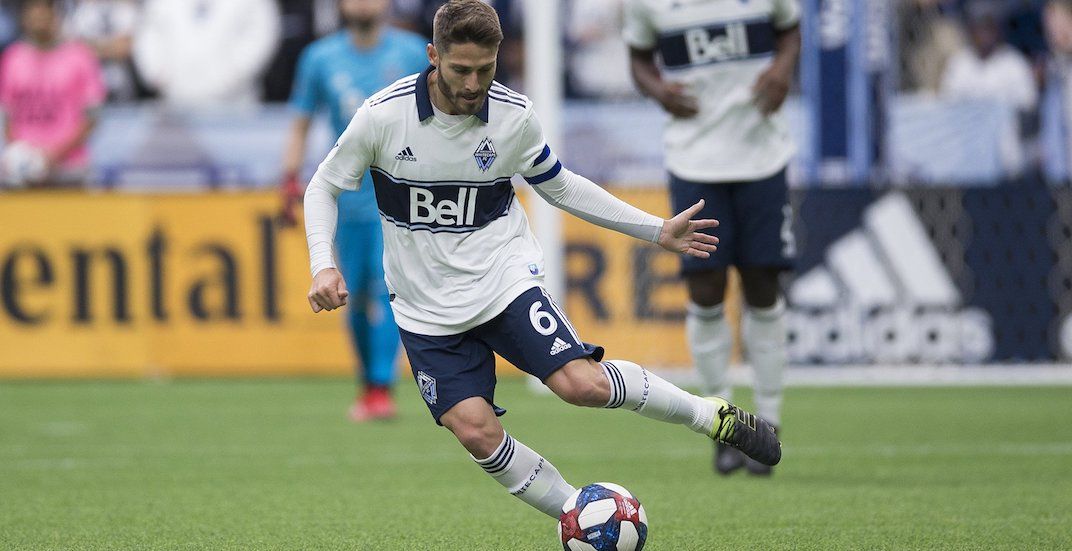 Team captain Jon Erice had a strong start to the season, but it wasn’t sustainable. The 32-year-old Pamplona, Spain native ran out of gas midway through the season and wasn’t able to earn his starting midfield role back.

Erice has made just two MLS appearances since August 1.

After joining Vancouver in August, Tosaint Ricketts made eight MLS appearances contributing one goal and two assists. He played in an advanced role on the wing and up top as a striker.

The 32-year-old had a few flashes of brilliance, but if the Whitecaps bring in a new wave of talent, that should spell the end for Ricketts in Vancouver.

In in-season addition, Michaell Chirinos showed his capabilities by scoring the match winner against the LA Galaxy on September 29. In a small sample size of seven matches, the 24-year-old Honduran winger was able to adapt to his new environment.

His hefty salary could be a reason why Vancouver goes in another direction.

Andy Rose scored one goal and added one assist in 24 games in his first season in Vancouver. The defensive midfielder also earned minutes as a central defender, which provided less than ideal results.

While Rose brings MLS experience and depth, he isn’t a first team starter.

Joaquin Ardaiz struggled to show his true talent. In 16 games he had a total of just four shots on target. He squandered his opportunities, and quickly fell off the radar.

Victor PC Giro was in and out of Vancouver’s lineup in 2019. He never found consistent playing time, and wan’t able to contribute offensively, registering just one assist in 18 matches.

The Brazilian’s defensive game wasn’t strong enough either, so his time with the Whitecaps will likely come to an end.