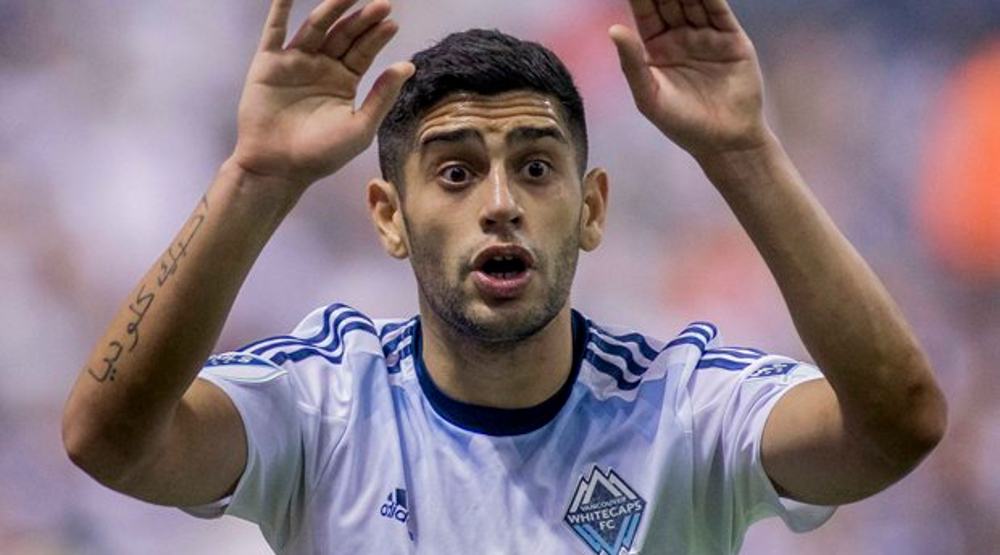 Matias Laba’s days with the Vancouver Whitecaps could soon be coming to an end.

A report out of South America indicates that Racing, one of the top clubs in Argentina, is interested in acquiring the 25-year-old midfielder.

“Racing has formally made an offer for Matias Laba. The Vancouver player (who is being examined for a minor injury) would be happy to come.”

Laba, who is from Argentina, has been arguably the Whitecaps’ most consistent players and a rock as a defensive midfielder with the club since he was acquired from Toronto FC in 2014. He has appeared in 113 regular season MLS matches with Vancouver, starting in 112 of them.

A separate report out of Argentina indicates that Laba wants to “return to a competitive league” (again, thanks to Jorge for the translation).

Laba is the second highest paid player on the Whitecaps, behind only Fredy Montero. Racing reportedly has leverage because Laba’s contract is up at the end of the season. If Vancouver holds onto him, Laba could leave for nothing during the MLS offseason.

Throwing a wrench into all of this is Laba’s health. He hurt his knee in the Whitecaps’ match in New England over the weekend and the severity of the injury could affect the transfer. Argentina’s transfer window closes September 17.

Head coach Carl Robinson described the injury as “serious,” while the report from Argentina called it “minor.”

Will Racing be interested making an offer for Laba if he’s out long term? It may seem unlikely, but if they’re worried about a bidding war for his services when he becomes a free agent, it could make sense.

The Whitecaps appear to be prepared for a Laba move as they signed Aly Ghazal – another defensive midfielder – last week. If Laba wants to return to his home country, it makes sense for the club to move him, despite his importance to the team.