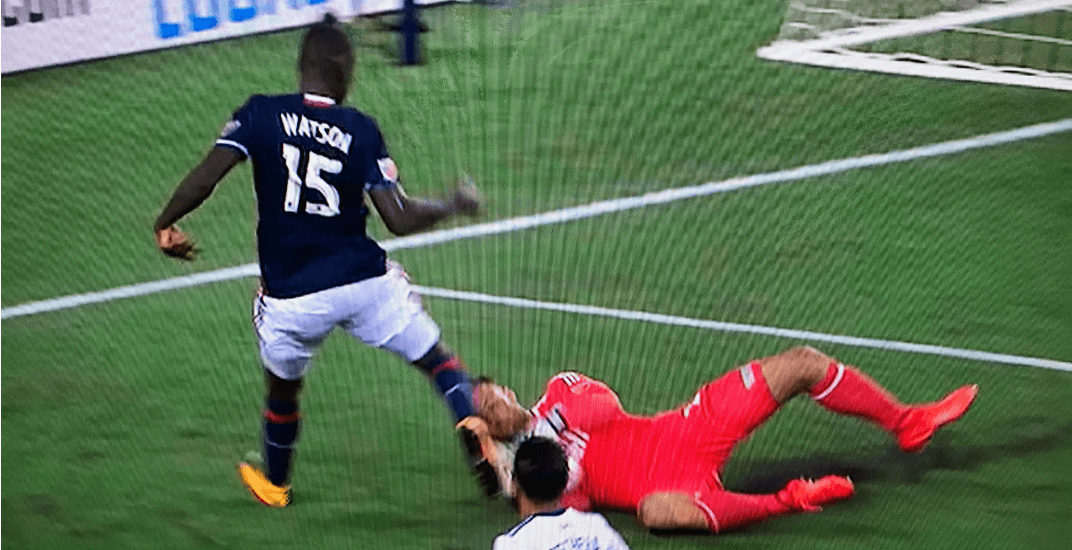 Stefan Marinovic became a member of the Vancouver Whitecaps on July 21. It was not until Saturday when the New Zealand goalkeeper had his first taste of MLS action in a game where the Blue and White fell by a score of 1-0 on the road against the New England Revolution in Foxborough, Massachusetts.

But Marinovic got more than he bargained for.

At the 51st minute, the husky netminder came out of his net to collect a ball that was being chased by New England fullback Je-Vaughn Watson. The Whitecaps keeper got to the ball first but the momentum of the play carried Marinovic’s face to collide with Watson’s foot.

51' Marinović takes a boot to the face – he's up back up & moving though. #VWFC #NEvVAN

Marinovic was shaken from the play but was able to continue. However, as the match resumed, the new Whitecaps keeper proceeded to deliver a poor goal kick that lead to New England’s lone goal, a goal that would eventually be the game-winner minutes later.

That aside, the Auckland, New Zealand native left a positive impression after his first match as a Whitecap. He was quick to come out of his net, he was able to cut services into his box, and he showed decent ball distribution.

This is good news for the Whitecaps and their followers. With questions surrounding the longevity of fan-favourite David Ousted in Vancouver due to his expiring contract. Carl Robinson’s decision to leave the once-upon-a-time workhorse on the bench adds fuel to the fire and could indicate that the Great Dane’s time as a Whitecap is coming to an end sooner rather than later.

As such, it appears that Marinovic is the heir apparent for the number one spot between Vancouver’s sticks in the future.

The rest of the game? Oh, yes. The Whitecaps played their third away game in as many weeks and it showed. After travelling to Dallas, Colorado, and Boston, the many kilometres logged by the squad seemed to take a toll.

Despite the efforts of the Welsh Tactician to keep his squad fresh (he made seven changes to his starting XI from last week), his troops looked lethargic and came out flat at Gillette Stadium.

Having said that, the New England Revolution can consider themselves lucky to have bagged full points from the match as they were not particularly good either.

Considering that Cristian Techera hit the woodwork on a well-placed free kick, it might be fair to say that the Blue and White deserved to come back home with at least a draw.

With this result, the Whitecaps remain on the outside looking in, in their quest for a playoff spot in the West. 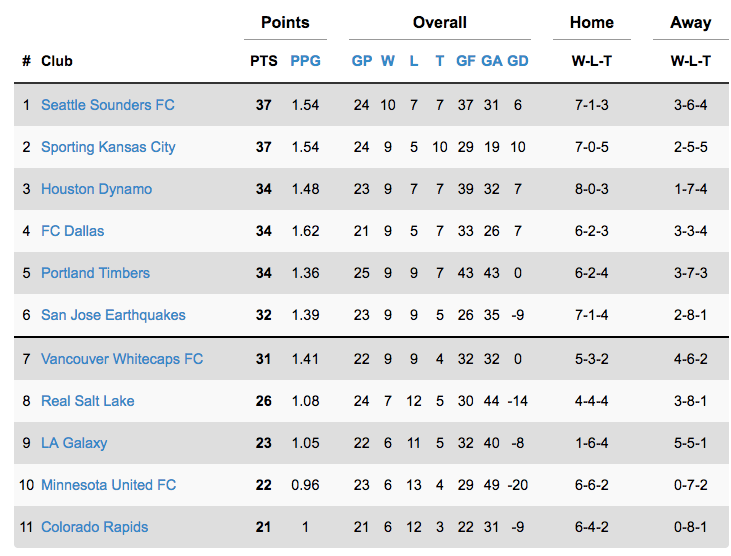 The Blue and White will return home next Saturday at 7pm to face the Houston Dynamo at BC Place.