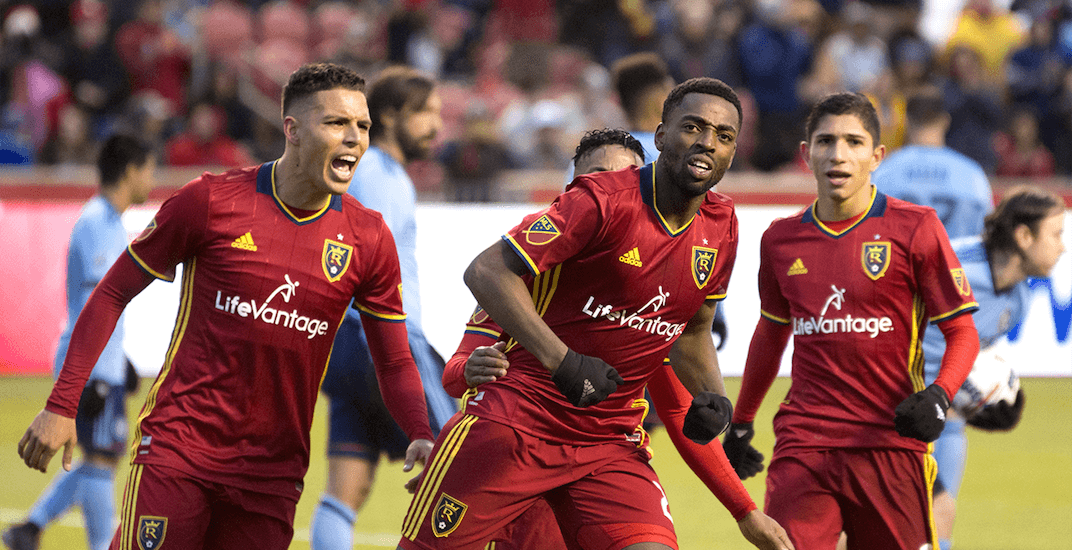 It was a busy day for Vancouver Whitecaps FC on Wednesday, as the MLS club made a pair of moves.

Manager Carl Robinson shored up his back line by acquiring centre back Aaron Maund from Real Salt Lake. In return, RSL will receive Vancouver’s third-round pick in the 2018 MLS SuperDraft.

Meanwhile Christian Dean, a 24-year-old defender who saw minimal playing time with the Whitecaps’ first team, is off to Chicago as part of a separate deal.

Maund serves a need for Vancouver, who are thin at centre back after defensive stalwarts Kendall Waston and Tim Parker. Canadian international David Edgar was supposed to provide another option for Robinson, but offseason surgery on his knee following a hit-and-run motor vehicle accident hasn’t allowed him to play this season.

Midfielder Andrew Jacobson has been thrust into the position at times, which is less than ideal.

Maund is a 26-year-old Massachusetts-born defender that has excelled with Real Salt Lake for the past four years. The 6-foot-2, 185-pound centre back started 85 of 98 appearances across all first-team competitions – including 13 MLS appearances this season – and is RSL’s leader in clearances, aerials won, and blocks this year. In 2015, he won his team’s Defensive Player of the Year award.

“Aaron is a good character, he is strong, quick, athletic, and is an important addition for us,” Robinson said in a media release. “He adds experience and depth in the centre back position and will push the players we already have for minutes.”

Dean, meanwhile, could use a change of scenery.

After being selected third-overall in the 2014 draft, the Californian defender has appeared in just 12 MLS matches in four years with Vancouver.

Vancouver receives $50,000 of General Allocation Money for Dean, plus an additional $50,000 of conditional Targeted Allocation Money in the event Dean starts 12 or more 2018 regular season matches for the Fire. They’ll also receive a percentage of any future transfer fees.

“Christian is ready for the next chapter in his life and this opportunity provides a new challenge,” Robinson said. “We thank Christian for his time at the club and wish him the best of luck as he continues his career.”

The Whitecaps sit just one point below the playoff bar in the ultra-competitive Western Conference, though they have games in hand on the teams around them. Their next match is in New England on Saturday.