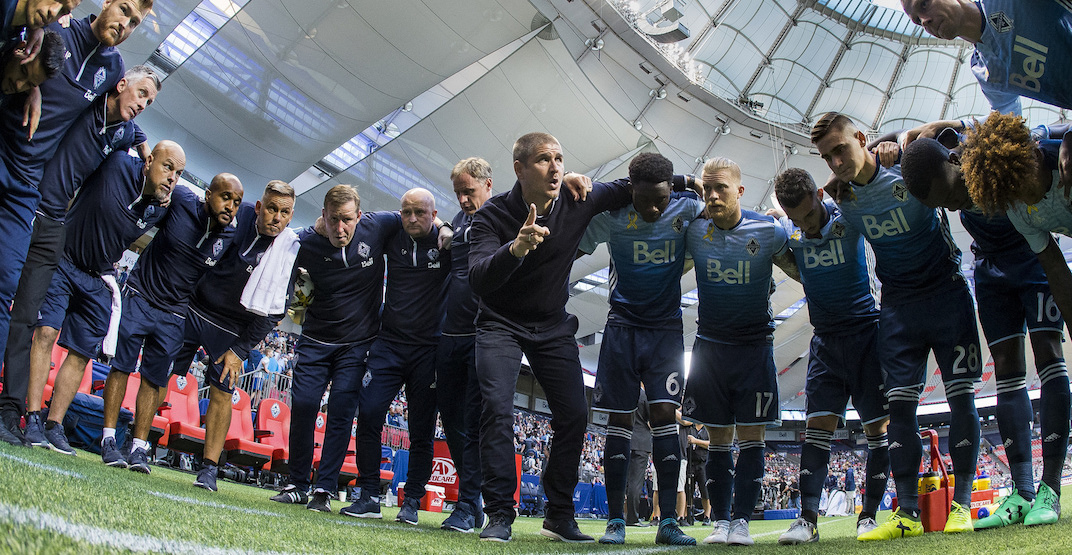 Sunday is Decision Day in MLS, as all 22 teams play their final game of the regular season at the exact same time (1 pm PT).

It’s an incredibly important day for the playoff-bound Vancouver Whitecaps, who travel to Portland for a match against their arch rivals. On the line is first-place in the Western Conference, and a bye to the second round of the playoffs.

The top six teams in the Conference will make the playoffs, with the top two teams earning a bye. The other four teams play a one-game elimination round.

The Whitecaps, who have guaranteed themselves at least one home playoff match, could finish anywhere from first to third. 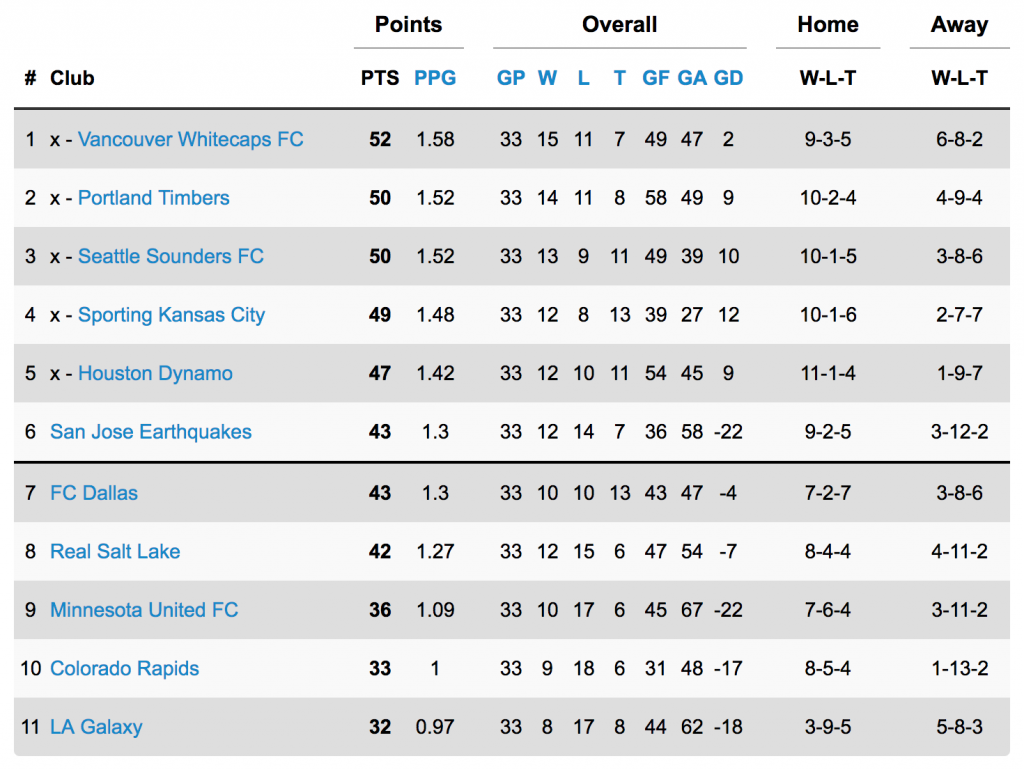 A team from Cascadia – the Whitecaps, Timbers, or Sounders – will claim first-place.

A win or a draw for the Whitecaps would guarantee first-place, given they hold the tiebreaker with Seattle by virtue of number of wins.

If Vancouver finishes third, they would play the sixth-place team in the knockout round match at BC Place next week (October 25 or 26). Their opponent for that game could be either San Jose Earthquakes, FC Dallas, or Real Salt Lake.

If the Whitecaps earn a bye or win their knockout round match, they would play the first leg of the Western Conference semi-finals on the road Sunday, October 29 or Tuesday, October 31, with the second leg at home on Sunday, November 5.

Looking further ahead, the Western Conference Championship goes on November 21 and 30, with the MLS Cup set for December 9.

The West is there for the taking for the Whitecaps, who have transformed themselves into an MLS Cup contender this summer. The addition of Yordy Reyna to the lineup gave Vancouver another dimension. The Whitecaps have a 9W-5L-4D record since the Peruvian midfielder returned from an injury sustained in preseason.