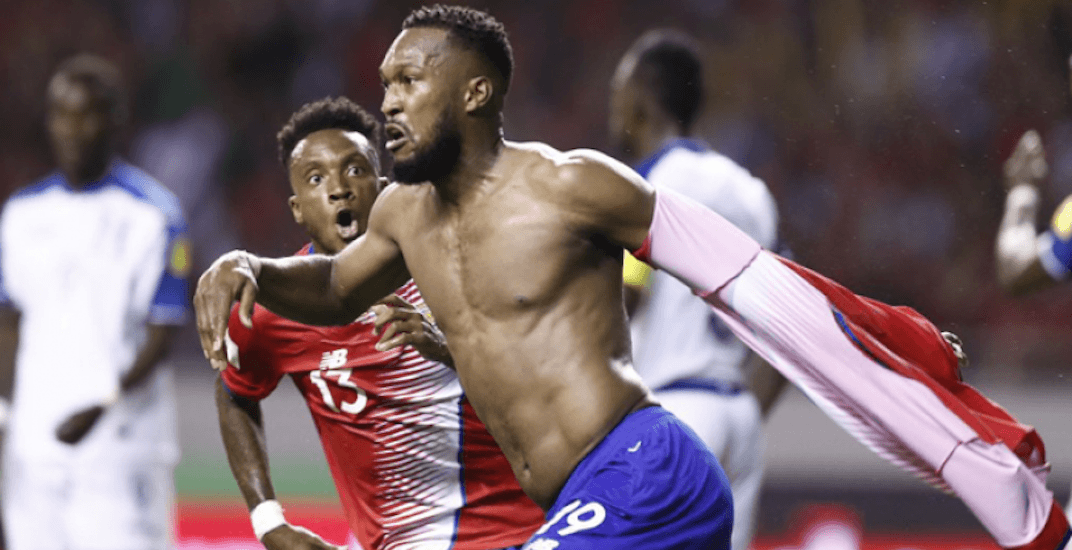 Kendall Waston is a national hero.

The Vancouver Whitecaps FC centre back had a flare for the dramatic, heading home the tying goal for Costa Rica in Saturday’s World Cup qualifying match against Honduras.

Listen to the Costa Rican broadcast, and you know how much this means to his country.

The 1-1 draw was enough for Costa Rica to clinch a spot in the 2018 FIFA World Cup in Russia. Waston ripped off his jersey in celebration, running around the field, sending everyone in his country into a frenzy.

This is the fifth time that Costa Rica has qualified for the global soccer tournament.

It’s quite certainly the biggest goal of Waston’s career. And yes, he was still pumped up during the post-match interview: