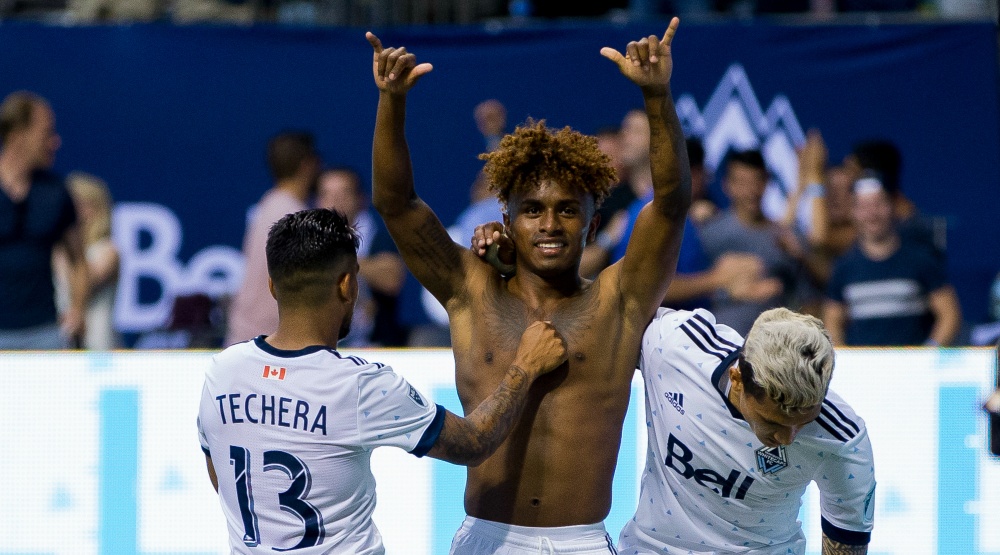 When Matias Laba suffered a season-ending injury on August 12, it was thought to be a crushing blow to the Vancouver Whitecaps’ chances of success this season.

Could they make the playoffs without their rock-steady defensive midfielder? How could they?

“Gutted, gutted for the boy,” Whitecaps FC head coach Carl Robinson told reporters upon learning the extent of the injury back in August. “We’re disappointed. He’s been brilliant for the club since I brought him here. I told him this morning that we, me and the club, we will look after the boy and help him rehab. He’s a massive part of this football club.”

Well guess what, it hasn’t mattered. The Whitecaps have been on a roll since Laba’s injury, going 6W-1L-2D since. They’re first in the Western Conference and clinched a playoff spot over the weekend with their first-ever win in Kansas City.

How have they done it?

The Whitecaps’ attacking midfielder has completely changed the complexion of his team since rejoining the squad this summer.

We didn’t know what we were missing after he suffered an injury in preseason that kept him out until July. A key off-season signing, the 24-year-old is better than most could have imagined.

With Reyna in the lineup, the Whitecaps have shot up to the top of the Western Conference standings. Before he played his first regular season game, the team was 6-6-3. After, they’ve gone on a 9-4-3 clip.

The team’s success is even more pronounced with the Peruvian’s presence in the starting lineup. Vancouver is a remarkable 6-1-3 when he starts.

Here’s a look at the MLS Western Conference standings on July 29, before Reyna started his first game with Vancouver: 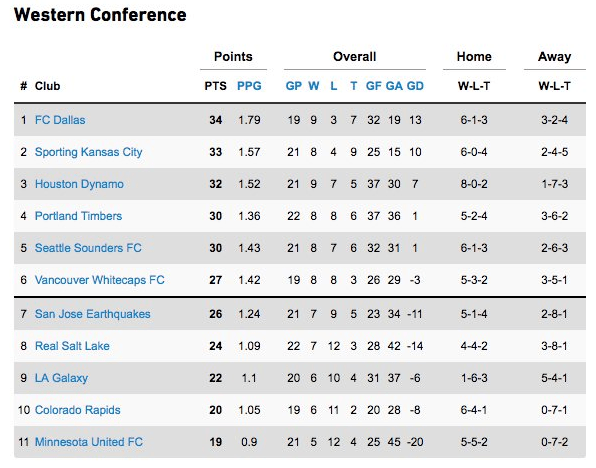 With Reyna in the lineup, the Whitecaps have become a powerhouse.

Here’s where they stand now, just over two months later: 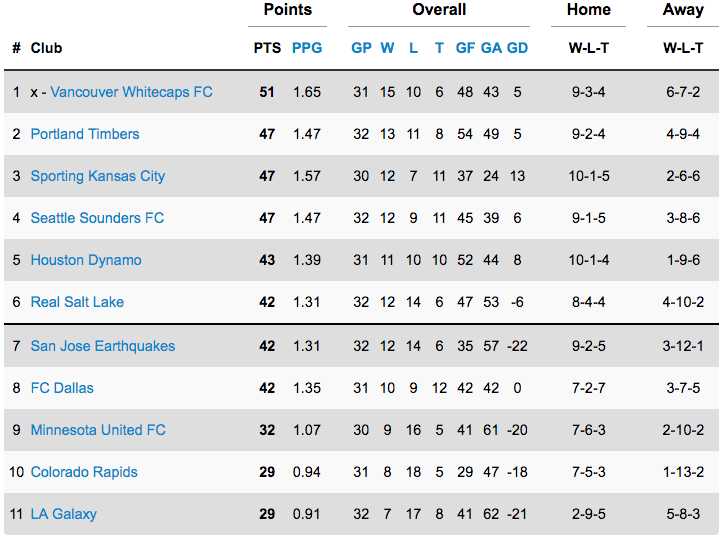 Coming into this season, Whitecaps fans were yearning for an upgrade to Pedro Morales at the attacking midfielder position, as well someone – anyone – who can score goals.

Reyna appears to be the answer to both questions.

All of a sudden, the Whitecaps can score goals. Reyna’s speed, creativity, and goal scoring ability has been a game-changer. He’s meshed well with striker Fredy Montero, who has been scoring at a better clip since he’s had Reyna serving him balls.

Here’s an example of his quality striking:

Vancouver has 19 goals in the nine games Reyna has started. They have 29 in the other 22.

It has to be said now that the Whitecaps are an MLS Cup contender.

That’s as surprising a statement for me to write as it is for you to read, but at this point, how can it be denied?

The Whitecaps have not played to the same level as Toronto FC this season – nobody has – but surely they’ve closed the gap. And if Vancouver can translate their play since Reyna’s arrival in the regular season to the playoffs, anything is possible.