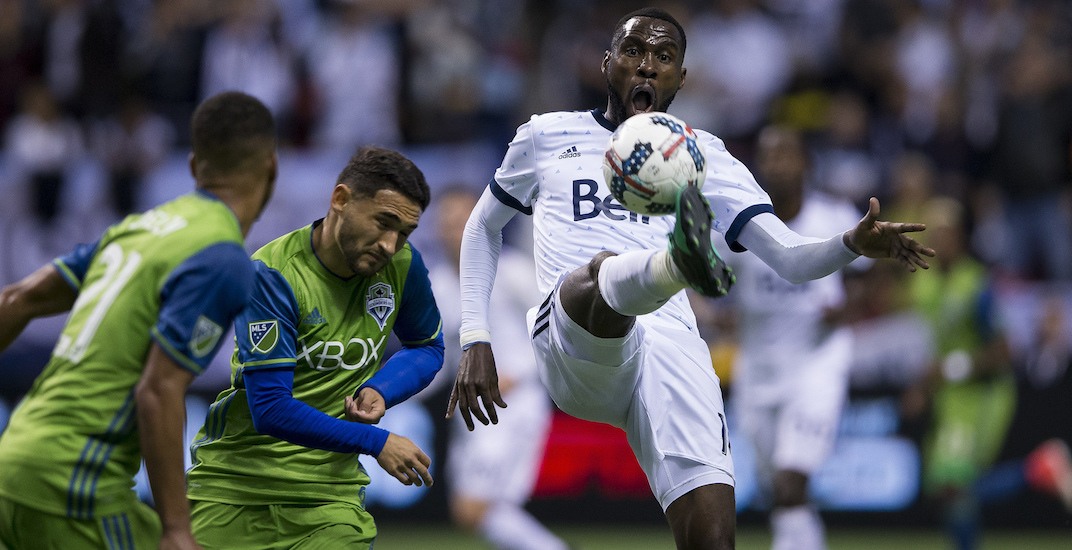 Regardless of how you feel about the Vancouver Whitecaps’ playoff exit, the season as a whole has to be looked at as a minor success.

Consider: this is a team that started the season still smarting from an ugly 2016 campaign in which they finished eighth in the Western Conference, seven points short of the playoffs. That’s not the way you follow up on a second-place finish (2015) the year prior.

Improvement wasn’t just requested; it was demanded. After years of patience for his efforts, practically nothing short of a playoff appearance was going to save head coach Carl Robinson’s job – and in that respect, Robbo delivered.

So why aren’t we singing the Whitecaps’ praises up and down Whitecaps Way?

In a word: Seattle.

Shortly after the Whitecaps were eliminated from the playoffs in a 2-0 loss to Seattle, the overriding feeling across the fanbase was disappointment. Why hadn’t the Whitecaps been more aggressive and gone searching for goals at home?

Whitecaps have played four semifinals games under Robinson and haven’t scored once. It’s on him

And while that’s an easy criticism to make from a cozy armchair, it’s overly simplistic and ignores basic reality. Attempting to get in a slugfest with an opponent who can hit back just as hard, if not harder, is a risky proposition.

Go look at New York City FC’s abrupt playoff end in 2016. They went out and attempted to go toe-to-toe with Toronto FC at home. They were humiliated 5-0.

My overriding feeling post-loss was frustration. Nothing Vancouver tried worked – build through the middle? Playmaking midfielder Yordy Reyna is triple-teamed. Go over the top? Striker Fredy Montero is well covered by defenders Román Torres and Chad Marshall. Try out wide? Toothless without Jake Nerwinski’s overlap, which ended after the rookie defender left the game due to injury.

Having had some time to digest the loss, I’m still feeling frustrated, albeit with a healthy side of begrudging respect for a Seattle team that knew exactly which attacking threats to plan for and how to counter them.

In the first leg, yes, absolutely Robinson played for the draw to avoid giving up an away goal. It was ugly and boring, yet pragmatic and ultimately the right call. Entertaining soccer be damned – a win’s a win if all goes to plan.

On the road, however, when Robbo tried to attack, he was blocked, ran out of ideas, and the plan collapsed. That’s not “not attacking”, that’s being shut down. Vancouver needs to fix that this offseason.

Lest we lose sight of the 30-plus games that preceded the playoffs, we have to ask ourselves: did the Whitecaps meet pre-season expectations? As I mentioned in the intro, I believe yes, they did.

Vancouver finished third in the Western Conference. They won an MLS playoff game by slaughtering the sixth place San Jose Earthquakes 5-0 at home, leaving absolutely no doubt that they can put the hurt on teams at or below their level.

Who stays, who goes?

The Whitecaps have 21 players either at the end of their contracts or coming up on an option year.

Of them, there are some who are reportedly already partway out the door.

Long-serving goalkeeper David Ousted announced on Tuesday that he won’t be back. Defensive midfielder Matias Laba is expected to be out the door as well.

One can reasonably speculate defenders Jordan Harvey and Cole Seiler are likely surplus to requirements, as are midfielders Andrew Jacobson, Mauro Rosales, and Russell Teibert.

Midfielder Brek Shea is an interesting question. His salary in no way matches his production over the year, so it’s equally conceivable he could sign a cheaper contract or be cut entirely. Either way, the Whitecaps need to free up his Designated Player spot to properly prepare for 2018.

On the flip side, defender and Canadian international Marcel de Jong proved he still has legs at left back, so picking up his option makes tactical (and financial) sense. Along the same lines, Jake Nerwinski, Cristian Techera, and Spencer Richey? Yes, yes, and yes.

Where things really get interesting is with striker Fredy Montero. His loan from Chinese Super League club Tianjin Teda allegedly has a buy clause contained within. If money were no obstacle, the Whitecaps would’ve already pulled the trigger and made Montero a Whitecap for 2018 and beyond. That they haven’t is worrying.

There’s simply no outright replacement for Montero’s goal-scoring track record (15 goals across all competitions) and MLS experience. Securing the Colombian striker should be priority one for Vancouver’s front office. Whatever the cost, whatever negotiating magic needs to be worked, do it.

What else is needed

The playoffs showed Montero needs help when defences close in on him. Against Seattle, the latter stages went something like this:

You can see Montero’s island in that heat map. Once he’s permanently acquired, acquisition number two should be a Designated Player-calibre winger. Montero in front of Reyna, Techera and a star wide player has the potential to provide service and attacking threats for days, regardless of what opposing defences can throw at them.

Do that, and 2018 has true potential to be an out-and-out successful season – not the barely-a-success season it was.