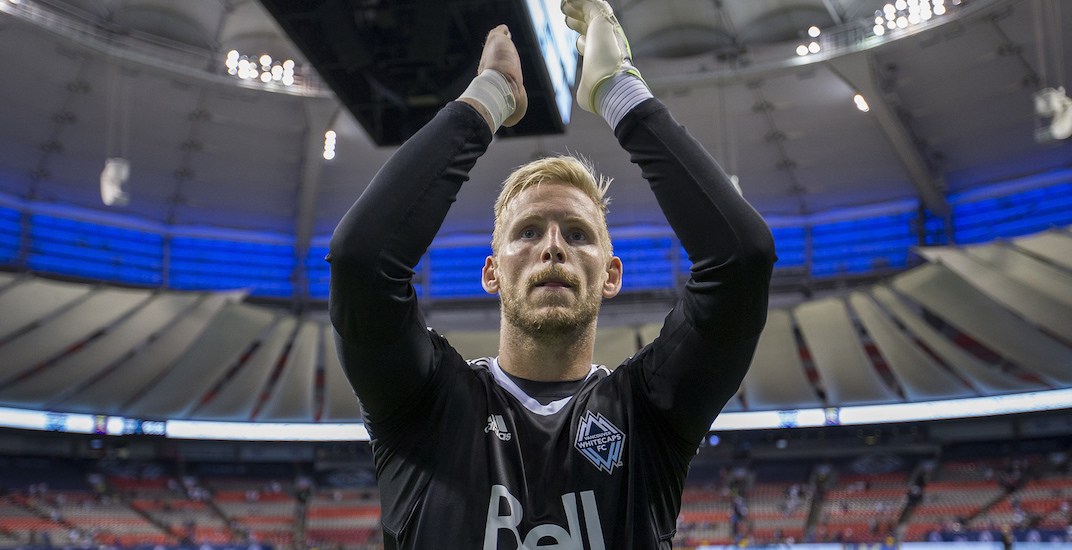 The writing was on the wall.

David Ousted’s time in Vancouver is over, the longtime Whitecaps FC goalkeeper confirmed on Tuesday.

It seemed like a foregone conclusion that the Whitecaps were moving in another direction ever since the team acquired New Zealand international goalkeeper Stefan Marinovic in July.

Ousted was one of the longest tenured players on the team, having joined the Whitecaps in 2013. The Danish goalkeeper played in 142 MLS regular season matches with the team.

While Ousted continued to play the bulk of the games upon Marinovic’s arrival, the runner up for the MLS Goalkeeper of the Year Award in 2015 lost his starting job after allowing three goals in consecutive games late in the season.

Marinovic started three of the Whitecaps’ final four regular season matches, and got the call for all three playoff games as well.

Ousted, as one of the Whitecaps’ highest paid players, was reportedly asked to take a pay cut from his $378,933 salary. The 32-year-old refused, which caused head coach Carl Robinson to go in another direction moving forward.

Marinovic, 26, played well in his brief time with the Whitecaps this season. He gave up just seven goals against in eight starts during the regular season and playoffs.

Big changes could be coming for the Whitecaps next season, though the head coach won’t be one of them.

Jordan Harvey, a member of the Whitecaps since their inaugural MLS season in 2011, says his future is up in the air.

As for the rest of the team, we’ll have to wait and see, but this promises to be a very busy offseason for Robinson and the Whitecaps.