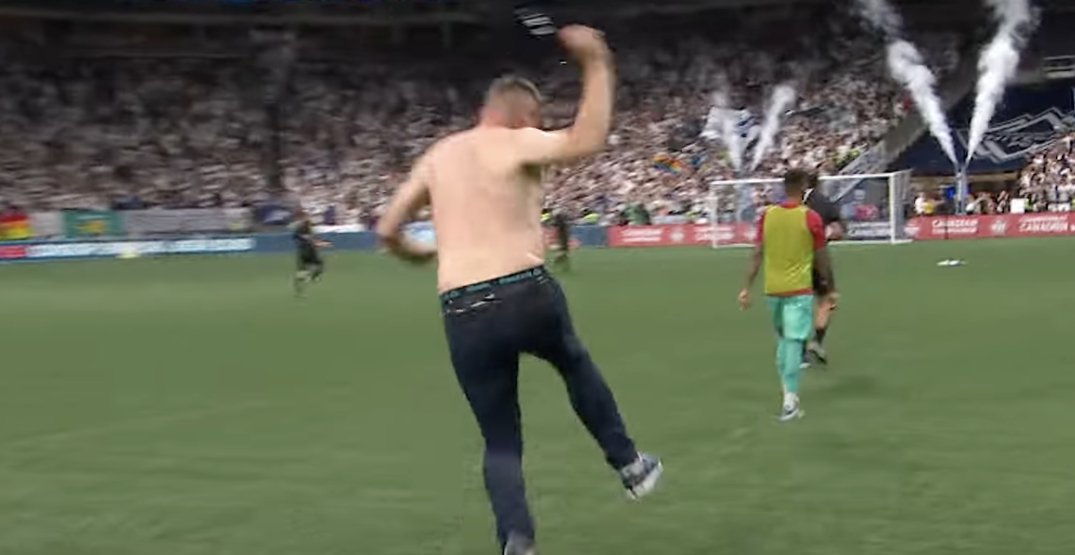 The Vancouver Whitecaps won the 2022 Canadian Championship on Tuesday in dramatic fashion.

Sartini ripped his shirt off and started waving it around in excitement after the Whitecaps beat Toronto FC 5-3 on kicks from the penalty mark to capture the club’s first Canadian Championship since 2015.

It’s just the second time in club history the club has hoisted the Voyageurs Cup as Canadian Championship winners, also capturing the trophy in 2015.

The Voyageurs Cup has been awarded to the Canadian Championship winner since 2008. The trophy was created by the Voyageurs Canadian Supporters group, and represents Canadian fans’ commitment to the game in Canada.

Brian White scored first in the first half for the Whitecaps, netting a header assisted by a pass from Ryan Gauld from the right side of the box. Toronto FC’s Lukas MacNaughton tied it in the second half after he also scored on a header with an assist from Federico Bernardeschi.

Tristian Blackmon scored the winning kick to give Vancouver its second ever Canadian Championship title.

The match featured 24,307 spectators for the Final at BC Place, the second-highest attendance ever for a Canadian Championship match.

A record crowd was anticipated pre-match.

And #VWFC have won their 2nd ever #CanChamp!

Wild scenes in BC Place. Look at what it means for the Caps and their fans, who are also heading to the CONCACAF Champions League next season

Fantastic final between them and #TFCLive pic.twitter.com/D3wGvxaWdi

Whitecaps midfielder Ryan Gauld was named the recipient of the George Gross Memorial Trophy winner as competition MVP, and Vancouver midfielder Ryan Raposo received the Best Young Canadian Player Award, given to the best Canadian player in the competition aged 23 or younger.

With the win, the Whitecaps qualify for the 2023 CONCACAF Champions League against the best clubs across North America, Central America, and the Caribbean.