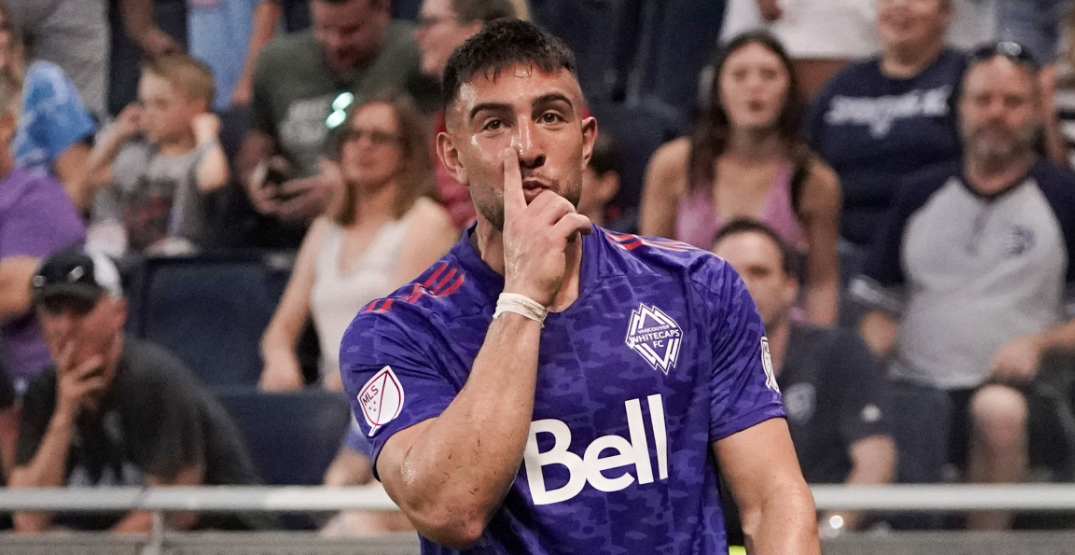 It’ll be a big match for the Vancouver Whitecaps on the pitch. And in the stands.

The Whitecaps are expecting more than 23,000 fans for the 2022 Canadian Championship Final against Toronto FC on Tuesday night, marking the largest crowd ever at BC Place for the event.

The record crowd will be treated to a plethora of promotions at the match, including cheap beer. Pricing for all drinks are 50% off, including the brews, from the opening of the game at 6:30 pm through the end of play in the first half.

There’s food deals, too, including $2.22 Canadian-style pizza slices and a $6 kids combo featuring chicken strips or a hot dog, fries or chips, and a pop.

The first 15,000 fans in the stadium will receive a limited edition white STAND BY ME T-shirt. Select merchandise is also 50% off, too. The T-shirt giveaway is part of an initiative to fill BC Place in white in support of the club.

The winner of the Canadian Championship will lift the Voyageurs Cup and qualify for the 2023 CONCACAF Champions League against the best clubs across North America, Central America, and the Caribbean.

The Voyageurs Cup has been awarded to the Canadian Championship winner since 2008.

The trophy, created by the Voyageurs Canadian Supporters group, “represents Canadian fans’ commitment to the game in our country,” the team wrote in the release.

The largest crowd to date this season was the home opener against New York City FC at 18,643. The Whitecaps all-time record is 60,342, set in the first-ever soccer match at BC Place against Seattle Sounders on June 20, 1983.

The Whitecaps MLS regular season home attendance record was set on September 15, 2018, versus Seattle at 27,863.