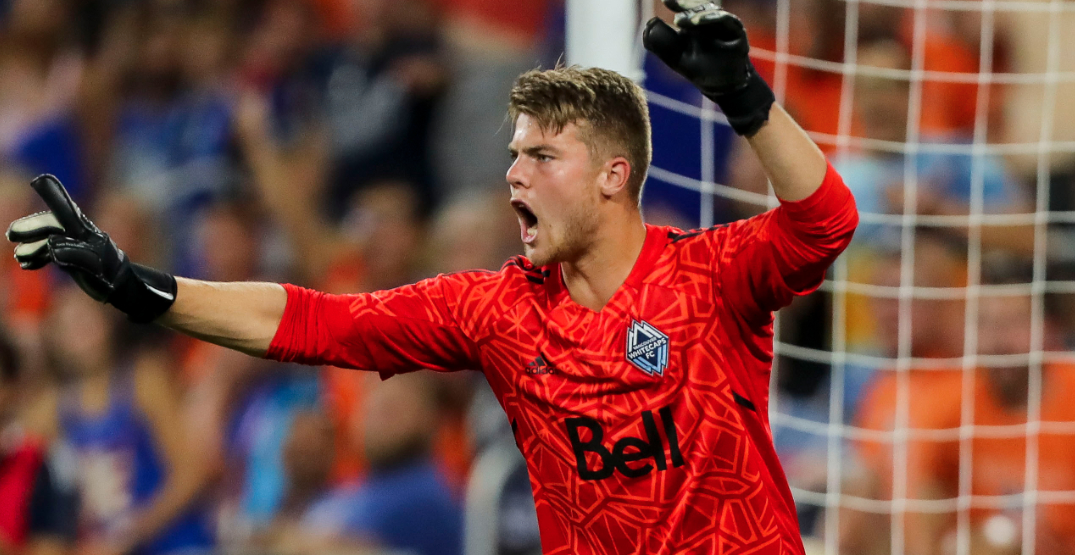 This is not, I repeat, this is not a Thomas Hasal hit piece.

This is, however, a good bit of praise for the newest kid on the block in Isaac Boehmer.

At a time when we’re hearing about the Vancouver Canucks possibly moving on from goalkeeping prospects, the Vancouver Whitecaps just seem to be adding them.

Moving on from Max Crepeau hasn’t generally been easy. He was the MVP for a lot of matches last season. But I think we can safely say, it’s been easier than we expected, and that’s even with Hasal’s injuries.

Not only do they have him, but the emergency signing of Cody Cropper has gone way better than anybody expected. And by virtue of circumstance, they’ve now been forced to take looks at both Max Anchor and Isaac Boehmer. While Anchor has been the apple of the Caps eye, it’s been Boehmer that grabbed the spotlight.

He has a similar frame to Crepeau and at times on the weekend, it looked like he may have borrowed Crepeau’s superman cape. Boehmer was even named to the MLS team of the week for his performance.

And, if not for a regrettable decision by Triston Blackmon, maybe it’s a clean sheet for the kid in his first MLS start too.

After coming on for the injured Cropper in Cincy, Boehmer was responsible for helping the Whitecaps get both single points on the road, something we may look back on as an important couple to get.

He’s not the goalkeeper of now.

But with all due respect to Hasal, maybe he is the keeper of the future.