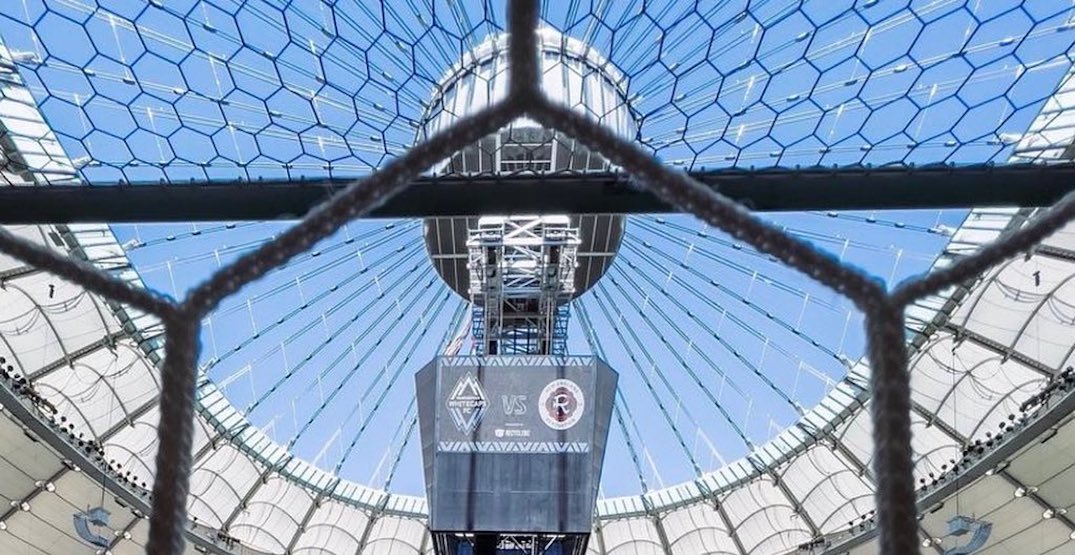 The retractable roof opened at BC Place. (Pavco)

The retractable roof of BC Place Stadium is now open, following a mechanical issue that saw it closed during last Thursday’s BC Lions game and last Saturday’s Vancouver Whitecaps game.

Pavco, the provincial crown corporation that operates the stadium, indicated on Monday morning the roof is fixed after stadium crews worked diligently to resolve the issue from last week.

Testing continued throughout Monday to ensure full functionality has been restored, according to a tweet by BC Place Stadium. Issues with the stadium’s retractable roof are exceptionally rare; this was the first time the retractable roof experienced mechanical issues resulting in its inability to open in time for an event.

When the roof is closed during summer weather, temperatures can climb up inside the stadium during major events.

The roof’s reopening is timely, as it comes just ahead of tonight’s Whitecaps home match against the Toronto FC for the Canadian Championship, and the ongoing heat wave.

The next Lions home game is scheduled for August 6, against the Edmonton Elks.

BC Place’s roof is now open, stadium operations has worked diligently to resolve the issue from last week.

Testing will continue throughout today to ensure full functionality has been restored. pic.twitter.com/WQCIo5AwuH

Empty water bottles up to 1L allowed, filling stations located at the concourse.