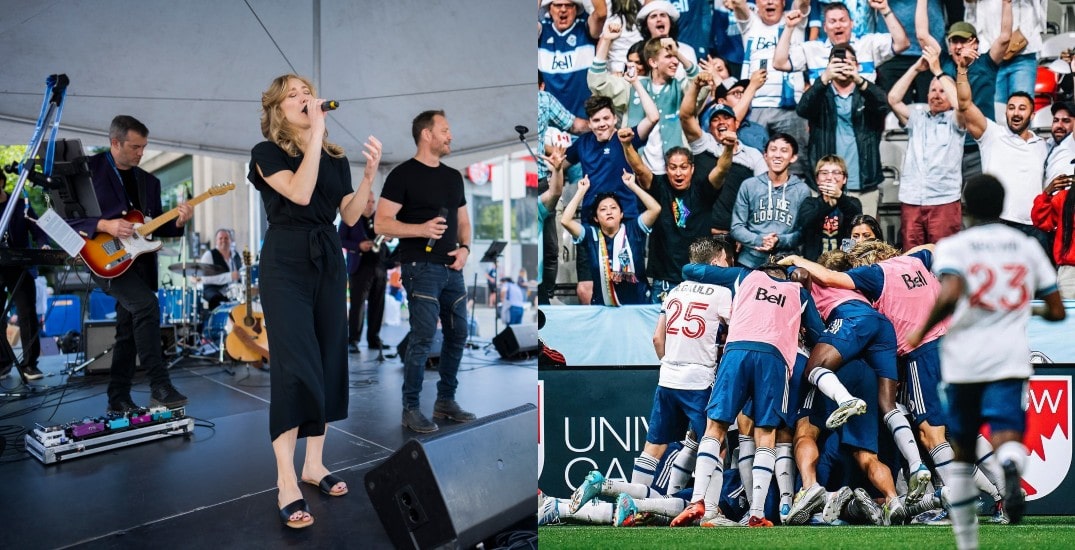 The Vancouver Whitecaps are back in the Canadian Championship final for the first time since 2018, and the team is throwing a massive party next week for the fans who will help maximize the home-field advantage

The Whitecaps are taking on the Toronto FC on Tuesday, July 26, at BC Place for the Voyageurs Cup and a spot in next year’s CONCACAF Champions League.

Fans inside the stadium for the Battle of The North will be treated to a variety of food and drink specials to ensure they have the energy to cheer on the players all game long. And there is even more fun to be had before the match too.

“It’s going to be a night to remember,” said Erin Mathany, Vancouver Whitecaps senior vice president of marketing. “Home cup finals are one of the most exciting events in soccer – a chance for fans from all over the city to come out and cheer their team to a championship. Every pass, every shot, every tackle means more when there’s a trophy on the line.

“It’s not just for ‘Caps fans, though – everyone is welcome! I encourage anyone who’s curious to join us in the stands – even if you’ve never been to a game before. This would be a perfect introduction to our incredible match day atmosphere.”

The Whitecaps are giving away 15,000 T-shirts at the Canadian Championship final, on a first-come, first-serve basis. 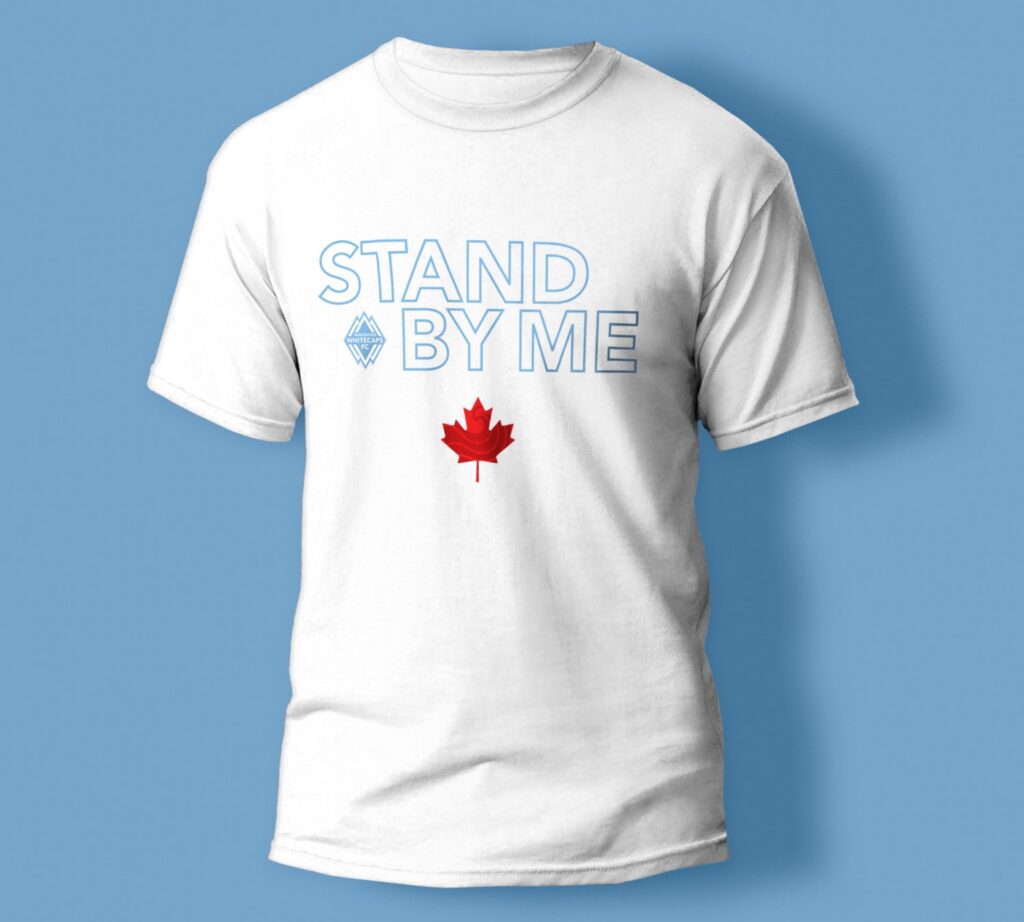 You’ll want to arrive early though to experience The Warmup, a pre-match get-together for fans before every game.

There will be $9 premium burgers, $8 Asahi and $5 El Jimador Margaritas served at Terry Fox Plaza from 4:30 to 7:15 pm, plus live music will help get the celebratory atmosphere going. 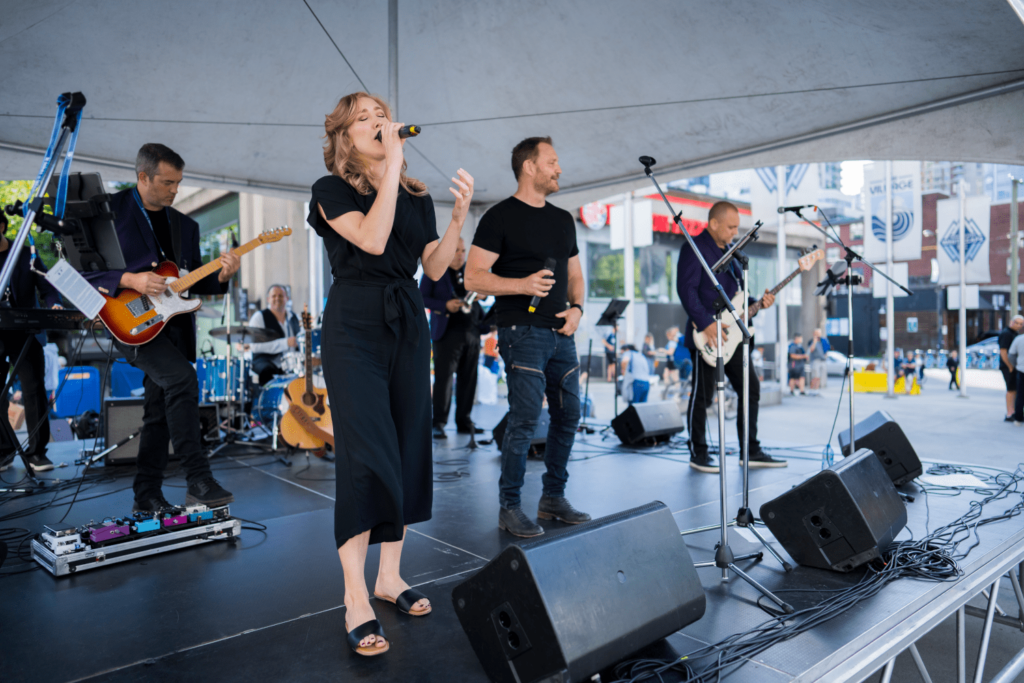 Fans will be able to enjoy discounted drinks inside of BC Place too! The Whitecaps are taking 50% off all drinks – alcoholic and non-alcoholic – until the end of the first half plus stoppage time. This includes 12 oz beers starting at $4.75 including tax.

And for when the hunger strikes, you can enjoy $2.22 Canadian-style pizza slices while supplies last.

For the little fans in attendance, the team is offering a kids combo for just $6. Choose from chicken strips, fries, and a pop, or a kid-size hot dog, bag of chips and your choice of drink.

Lucas Cavallini, who helped Canada qualify for the 2022 FIFA World Cup, is also giving away a free ticket to anyone named Lucas or Lucy. Deadline to redeem the offer is July 24.

Lucas Cavallini is giving away 1 free ticket to all ‘Caps fans named 𝙇𝙪𝙘𝙖𝙨 𝙤𝙧 𝙇𝙪𝙘𝙮 to the #CanChamp Final on July 26 vs Toronto @ BC Place. Ltd qty.

The Whitecaps last won the Voyageurs Cup in 2015 while the Toronto FC was last victorious in the Canadian Championship final in 2020. Both teams are eager to hoist the trophy high and punch their ticket to next year’s CONCACAF Champions League. So buy your ticket today to help ensure it’s Vancouver that comes out on top! 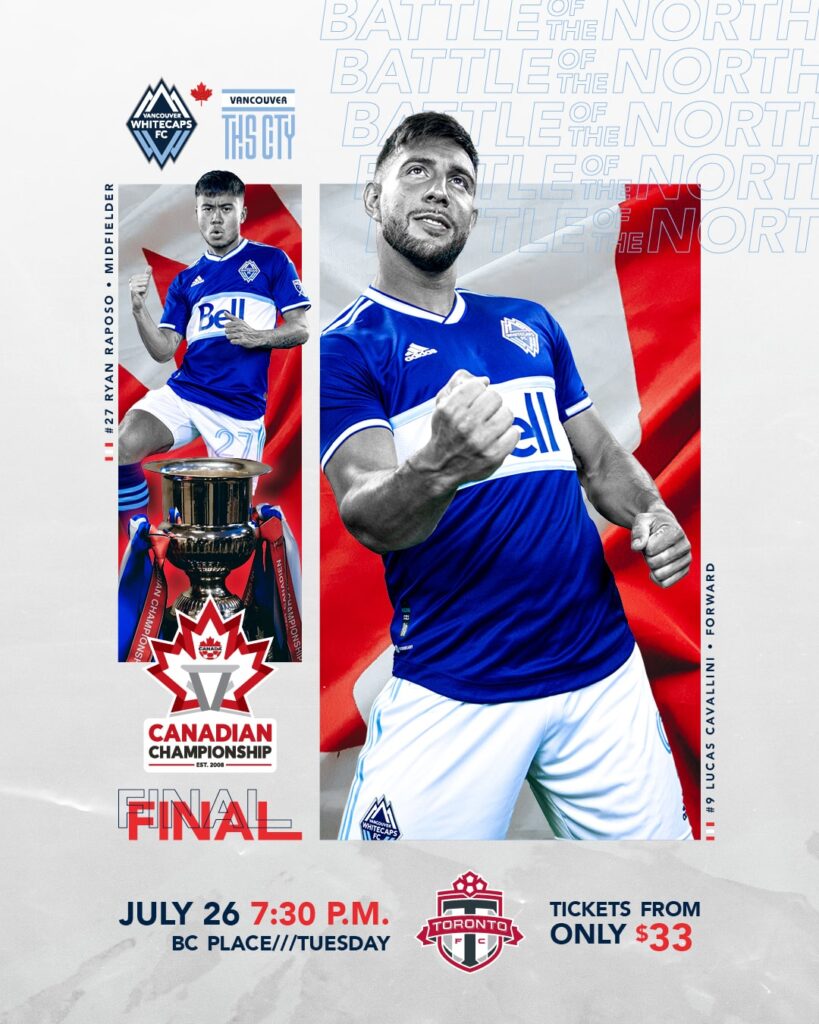