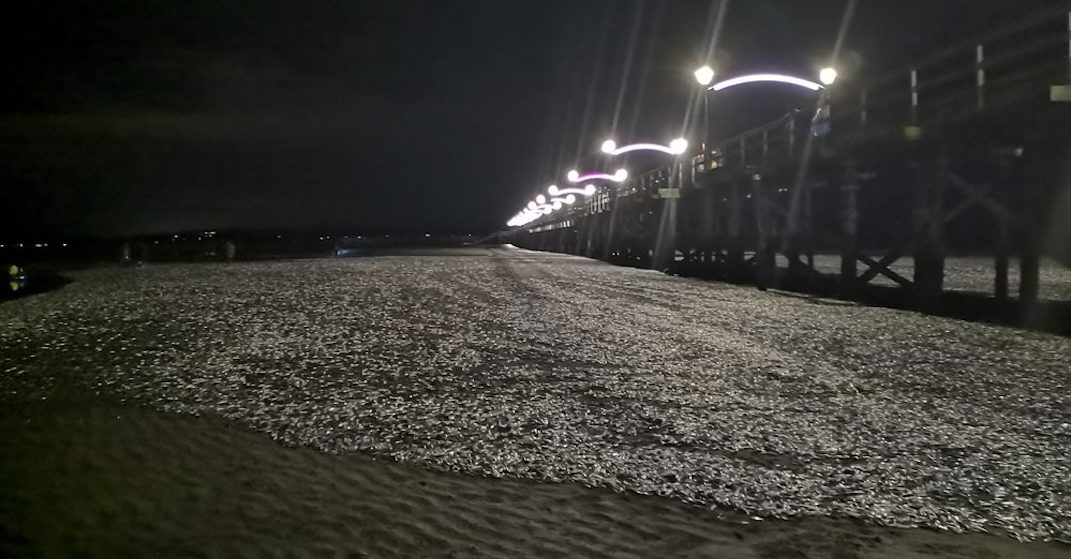 Thousands of small fish are washing up along the beach at the White Rock pier, serving up a massive buffet for seagulls in the area, and also causing an influx of tourists.

A number of residents and tourists alike have taken to the area and reported spotting sea lions or seals among the seas of dead fish looking for lunch.

A forum for shopping deals even posted about the fish, saying that “tons of free fish” were available at the White Rock pier.

Experts say, however, that this is not out of the ordinary.

“It appears this situation is a natural occurrence of anchovies washing up,” said Dan Bate with the Department of Fisheries and Oceans in a statement to Daily Hive.

The sea of anchovies still makes for quite the sight, and many visitors to the beach seem to think so, too.

Take a look through some of the pictures and videos below:

White Rock beach covered with countless thousands of dead fish. Seagulls and seals everywhere. Never seen anything like it. pic.twitter.com/1rxBog0Ztg

Sea lions and seagulls off white rock pier. Never seen anything like it in white rock. pic.twitter.com/Iz360uPKQE

Some people are even heading down to the pier just to see the sea of fish, and in hopes of spotting Sea Lions.

Weirdly unexpected tourist attraction. We’ll be heading down today to try to spot the Sea Lions. Hope people don’t have to wade through dead fish for the polar bear swim! 😳