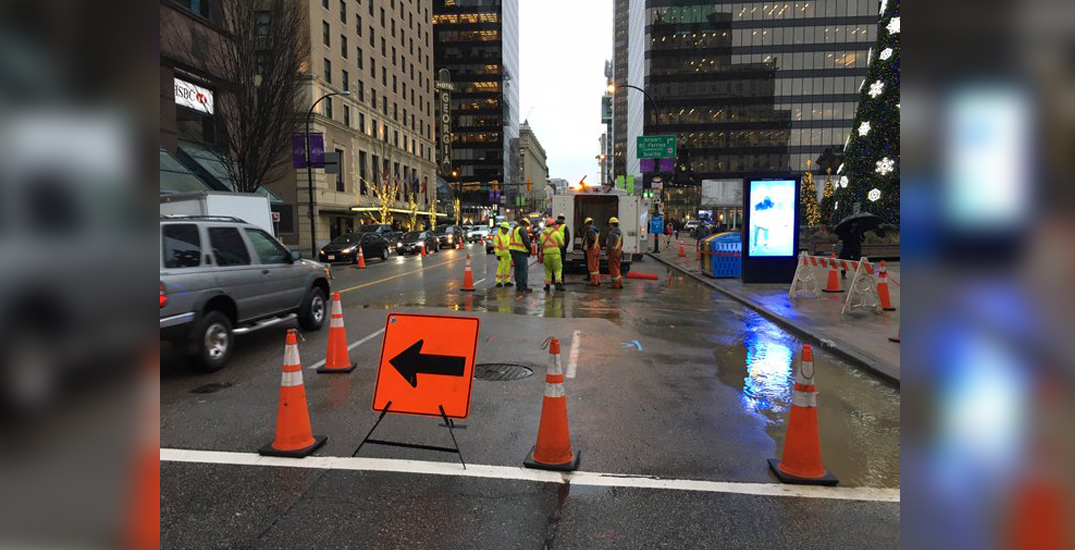 Construction to replace a 96-year-old water main on Georgia Street will likely add to congestion in Vancouver’s downtown core in the new year, according to the city.

Crews will begin work to renew the 1920s-era water main on January 6. The work will have lanes blocked on West Georgia Street between Howe and Thurlow streets.

The City of Vancouver tweeted that drivers should plan for “significant” delays and consider alternate routes to get in and out of downtown. The work is expected to last until April 2020.

The old water main has reached the end of its lifespan and needs to be replaced after a series of leaks, according to the city’s website. The new water and sewer infrastructure beneath Georgia Street is expected to last another 100 years.

After crews complete work at Georgia and Howe, they’ll continue west to finish the replacement along the length of Georgia Street.