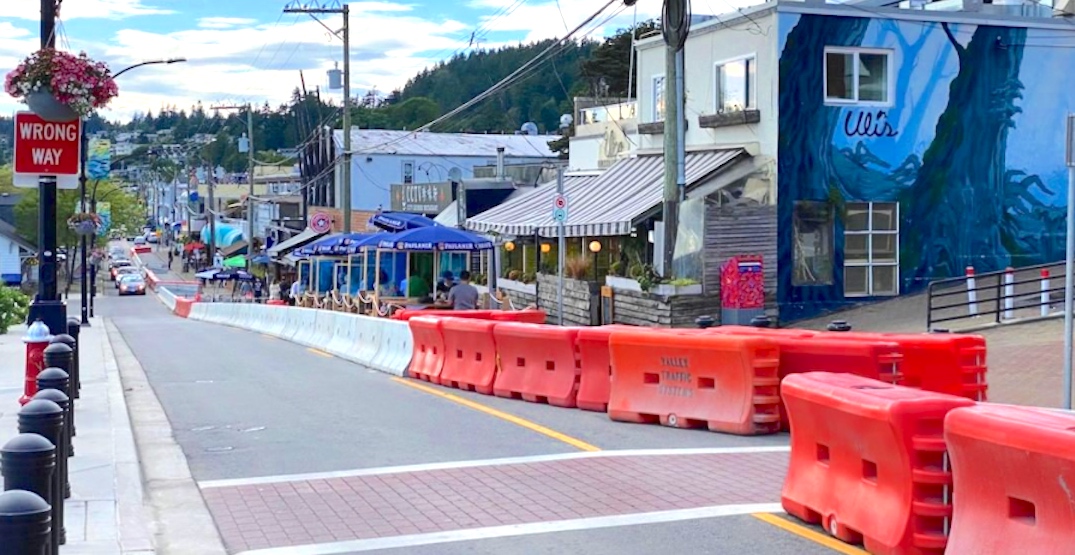 Was the temporary summertime road lane closure on Marine Drive on White Rock’s waterfront a positive change, and should it make a comeback?

Based on the City of White Rock’s newly released results of a consultation that sought to gauge public input, it appears residents and visitors are quite split over the matter.

As a COVID-19 measure by White Rock City Council to support the restaurant strip, the westbound traffic lane of Marine Drive was closed along several long stretches of the street to allow businesses to set up patios to expand their dining capacity.

Traffic barriers were erected to protect the makeshift patio space from the eastbound traffic lane between June 7 and August 12, 2021, until the provincial government allowed restaurants to operate at 100% of their indoor dining capacity. During the traffic pattern changes, westbound vehicle traffic was redirected to adjacent routes, and TransLink bus routes were also rerouted.

Barely half (51%) of survey respondents said they agreed with the lane closure, while more than four-in-10 respondents (43%) indicated they disagreed. When asked whether a lane reduction should be considered again in the future, 49% said yes and 43% said no. 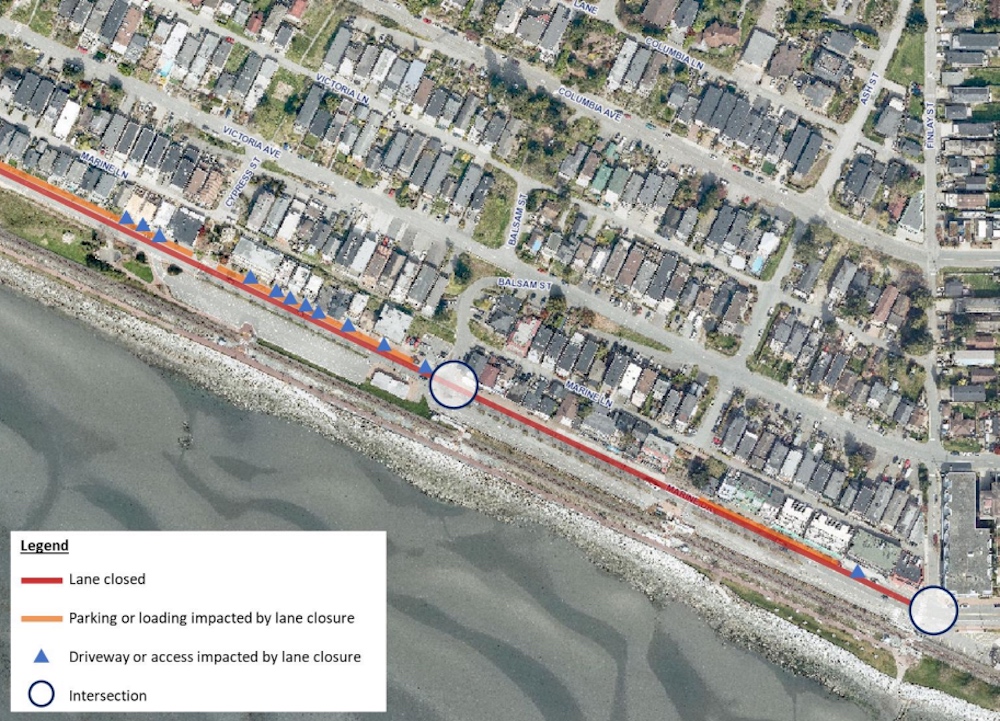 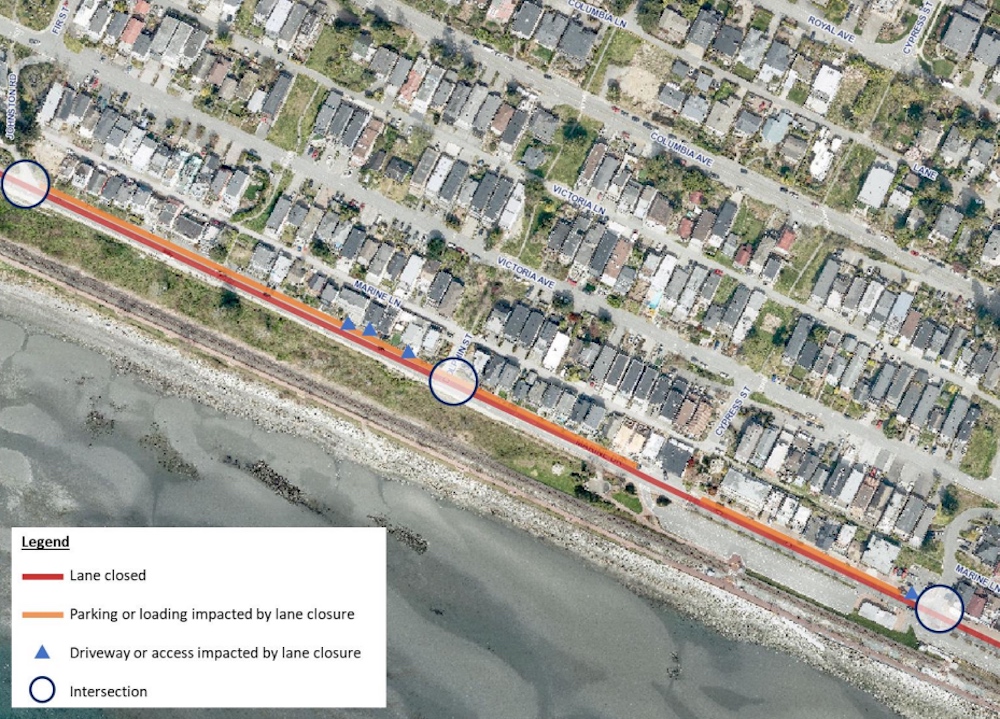 The “unattractive barricades” is the most common reason for disliking the lane closure, followed by the inconvenience when driving on or near Marine Drive, the inability to drive westbound, not enough patio participation by local businesses to take advantage of and increase the utility of the westbound lane closure, and increased vehicle traffic on nearby streets.

“It is a total waste of taxpayer money. Sidewalks are already taken up with patio dining in most cases. Many businesses along that strip didn’t even put anything out. If you are looking for improvements for visitors to enjoy the beach, how about spending money on repairing the sloping promenade, beautifying the pier, purchasing better garbage containers,” read a survey submission.

The most common reasons for liking the lane closure were the increased presence of restaurant patio tables, followed by more space for pedestrians on the north sidewalk, slower vehicle traffic, and the increased use of the West Beach Parkade. Additional space for cycling came a dead last as a reason.

“With the one-way traffic, our waterfront walks and dining experiences were much more enjoyable. It made the atmosphere much more peaceful by reducing traffic noise and emissions,” wrote another respondent. 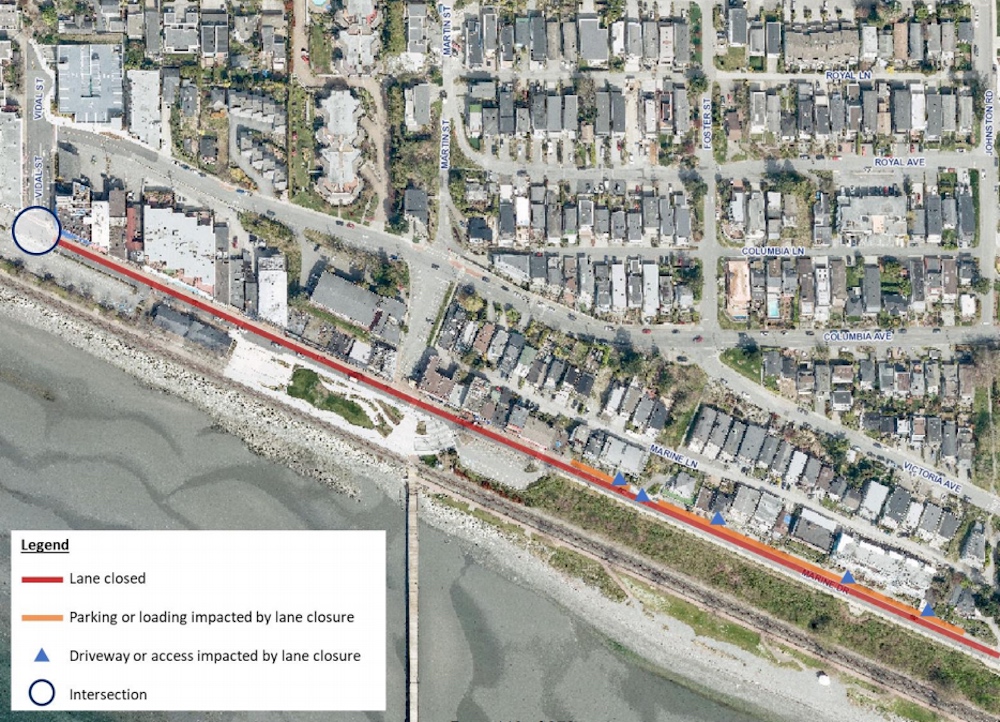 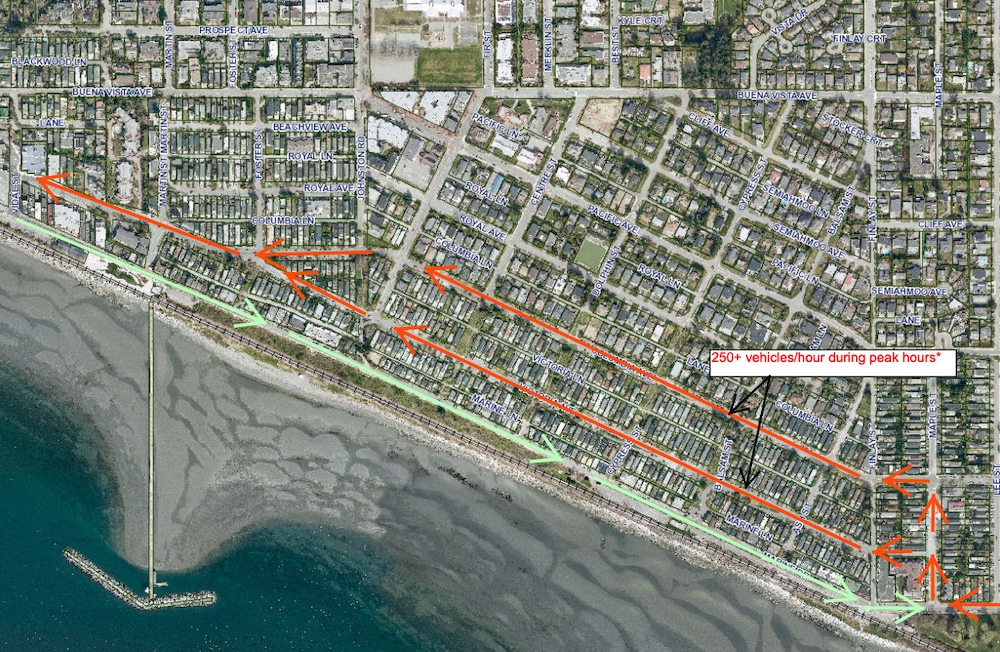 The public survey conducted online saw about 1,200 respondents, with 62% declaring they are White Rock residents and 27% indicating they are non-resident visitors.

The temporary lane closure carried a one-time installation cost of $50,000 and an equipment rental cost of about $40,000 per month. These costs were fully covered by a portion of the provincial government’s COVID-19 Safe Restart Grant to the municipal government.