According to a new City of Surrey staff report, TransLink has plans to extend the R1 southwards along King George Boulevard, beyond its current southernmost terminus at Newton Exchange.

But at the moment, there is no timeline for the extension’s implementation as the project is unfunded. The Mayors’ Council’s 10-year plan previously included an unspecified potential “new or upgraded” bus service for the King George Boulevard corridor between Newton and South Surrey.

The King George Boulevard segment between Newton Exchange and Semiahmoo Town Centre/White Rock city centre is currently served by the southern half of the No. 321 bus route, which ranked as the region’s 28th busiest bus route in 2019, with 3.43 million boardings and an average of 10,300 weekday boardings. 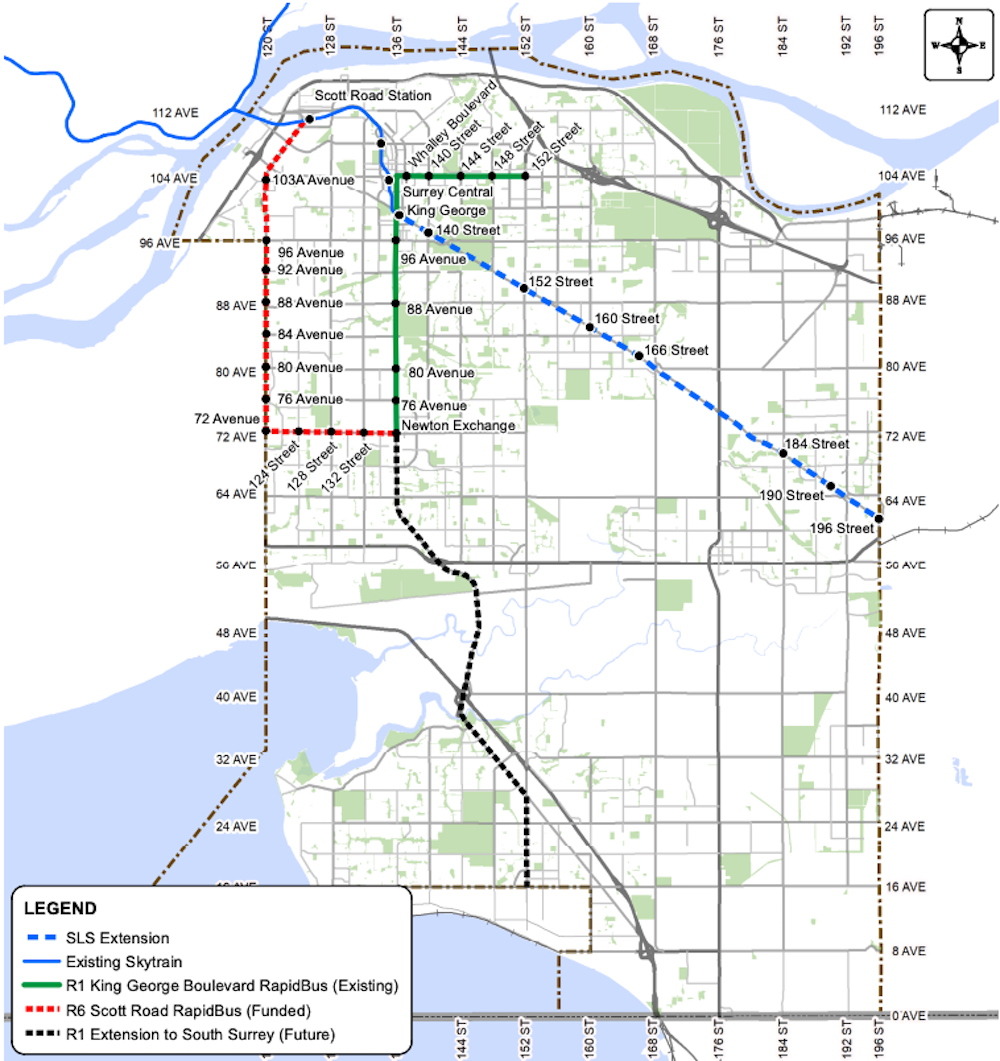 However, TransLink and the City of Surrey are planning bus-priority measure upgrades in 2022 for the existing R1 route, such as a bus queue jump through King George Boulevard’s intersection at 72 Avenue, and a northbound bus-priority lane on King George Boulevard from Hall Road to 74 Avenue — from the narrowing of existing travel lanes and reducing the existing pedestrian islands. This work supports R1’s future extension beyond Newton.

Additionally, also in 2022, a bus-only southbound left turn lane for the southbound King George Boulevard to eastbound 72 Avenue will be installed — effectively improving both the speed and reliability of buses, and provide additional capacity for general traffic.

“By separating the modes, buses will be able to clear the intersection more quickly by advancing to the front of the queue in their own turning lane beside the existing lane for cars/trucks. The traffic signal and intersection will be fully rebuilt and include Vision Zero Safety improvements,” reads a city staff report.

More improvements for the R1 will follow in 2023, such as a new westbound bus-priority lane on 72 Avenue from 137 Street to Hall Road through King George Boulevard. This work will benefit the existing R1, the future R6 Scott Road RapidBus, and local bus routes, totalling 32 buses per hour during peak periods.

In the report, city staff also hinted the municipal government and TransLink’s preference for a southward SkyTrain extension along King George Boulevard to Newton for fulfilling the corridor’s rapid transit needs, instead of bus rapid transit or any consideration of reviving street-level light rail transit concepts.

While a R1 extension is not likely until later this decade, the implementation of the R6 is fully funded, with TransLink aiming to begin the service by September 2023.

The city and public transit authority are planning to construct on-street changes for R6 bus-priority measures between Fall 2022 and Summer 2023. 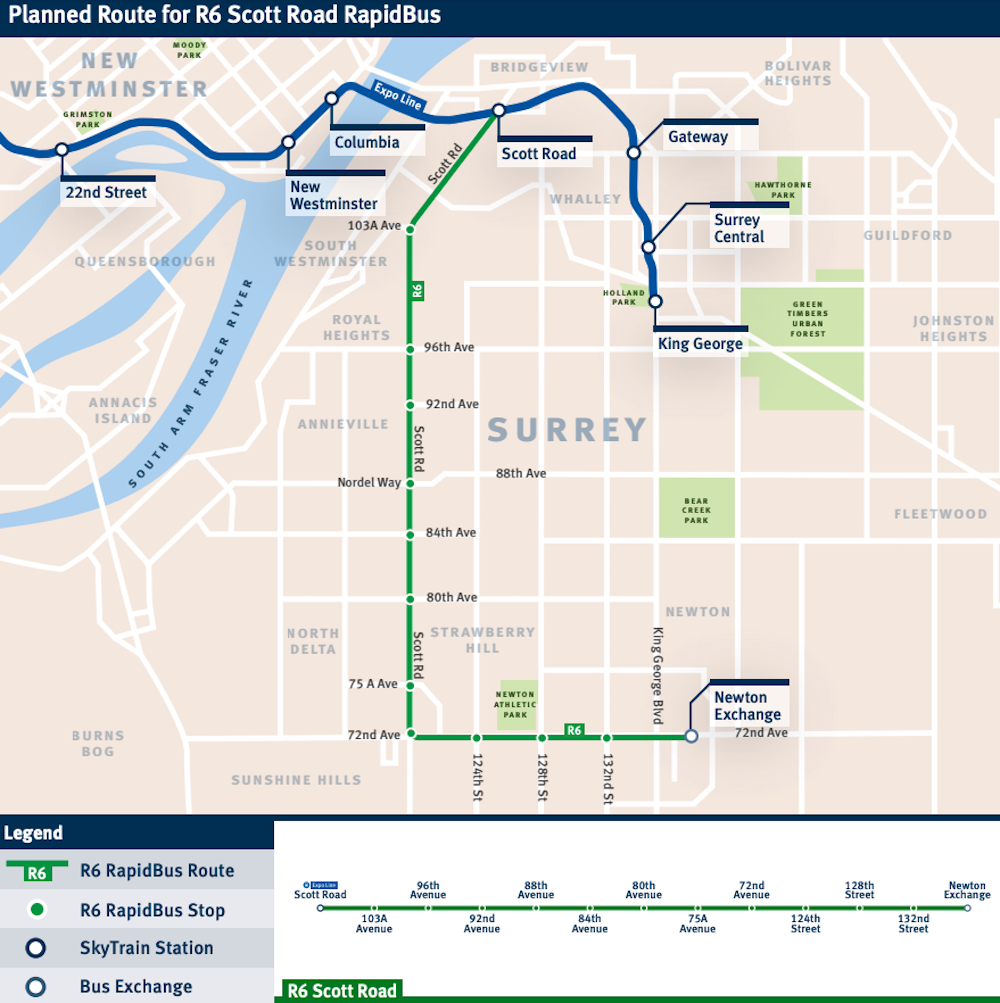 The No. 319 is the busiest bus route in the South of Fraser sub-region and seventh busiest bus route in Metro Vancouver, with 7.5 million boardings and a weekday average of 23,000 in 2019 — up from 4.3 million in 2015. Before the pandemic, it was one of the fastest growing bus routes in the entire region.

Both the municipal governments of Surrey and Delta are currently in the process of completing land use planning for medium to long-term rapid transit on the corridor, and the establishment of the R6 as the first step to build and encourage smart growth along the Scott Road and 72 Avenue corridors.

According to the City of Surrey, about 40% of all trips on Scott Road are made on public transit, which indicates the corridor already has a well-established demand for transit.