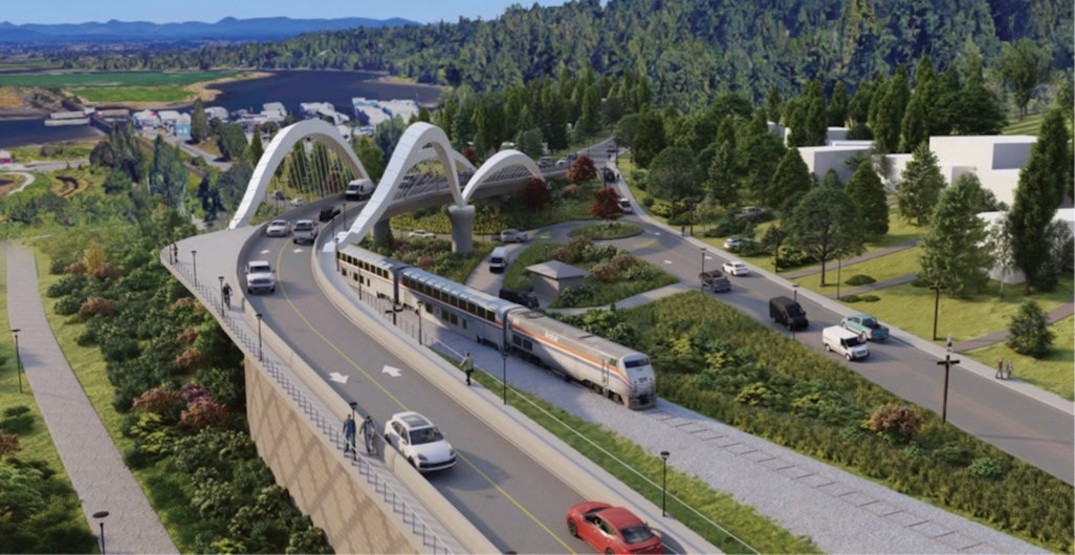 A neighbourhood on a small peninsula in the southwest corner of Surrey could be a step closer towards seeing its accessibility and public safety concerns addressed.

Residents of Crescent Beach have long lamented how the Burlington Northern Santa Fe (BNSF) railway’s trains inhibit the movement of residents and visitors through the area. 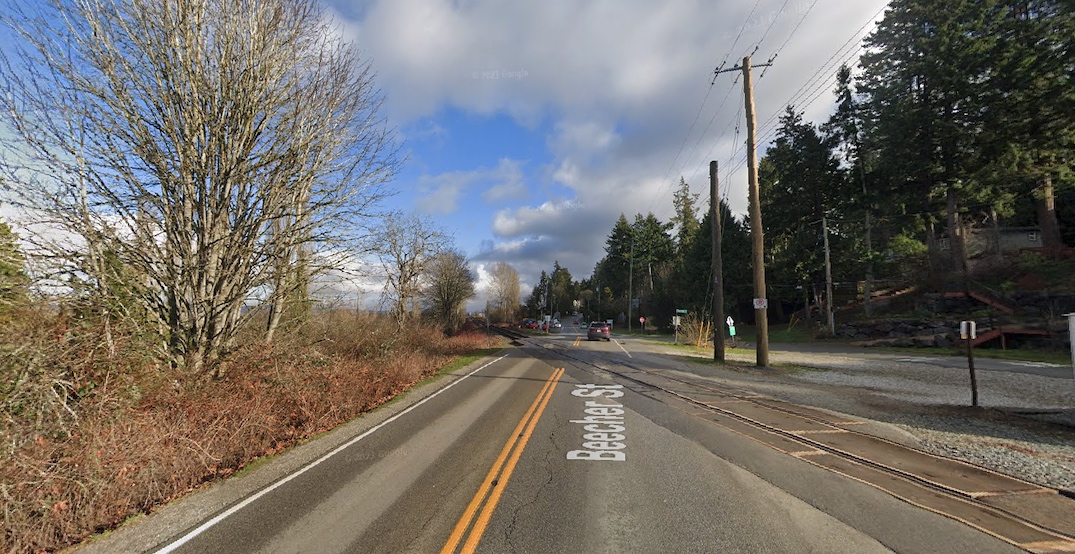 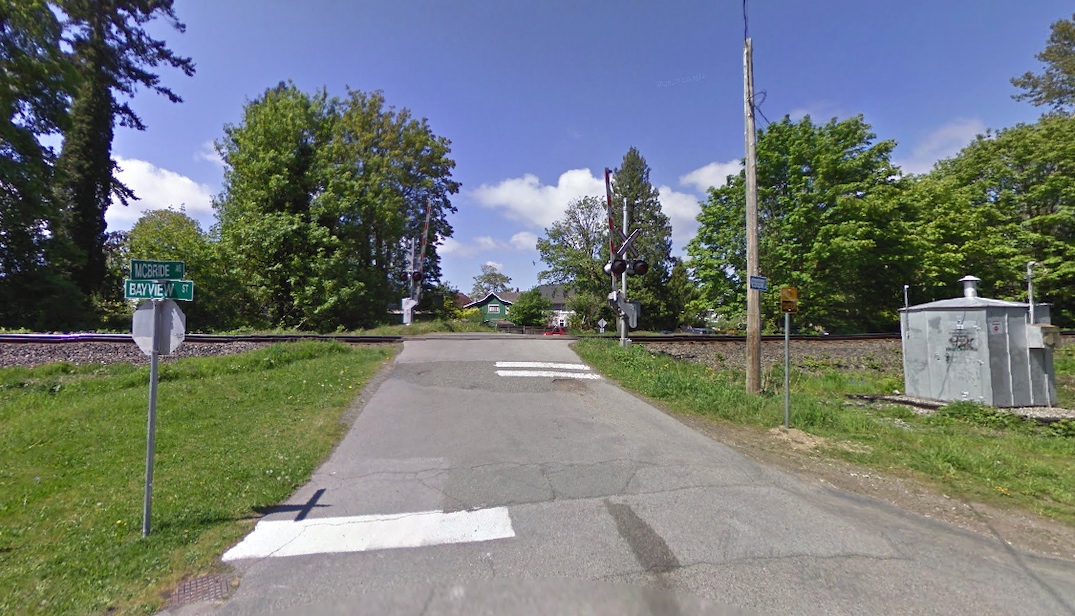 The BNSF is a single-track railway that operates 24/7 with freight trains and Amtrak passenger trains. Train frequencies and the length of the trains with added cars have been growing over the years to the extent that a passing train blocks off both road connections at either end of the neighbourhood.

There are also instances when trains make an unscheduled prolonged stop, blocking off both roads and the entire neighbourhood from the rest of the city. According to the City of Surrey, since 2010 there have been 16 incidents lasting from 10 minutes to three hours when all vehicle traffic going in and out of Crescent Beach is blocked. The concerns at this time centre on public safety, especially the timely passage of emergency vehicles.

The neighbourhood is also the location of Crescent Beach Park, which has grown immensely popular in recent years, with significant visitor vehicle traffic going through the residential area to reach the Boundary Bay public park and beach areas at the very tip of the peninsula. 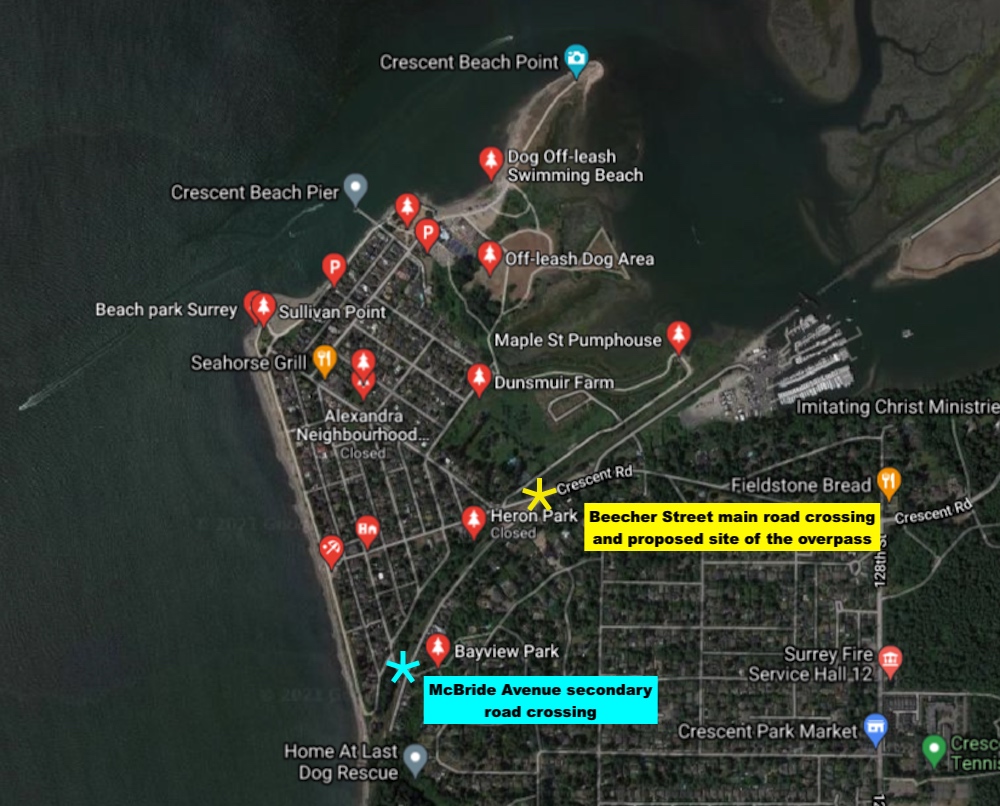 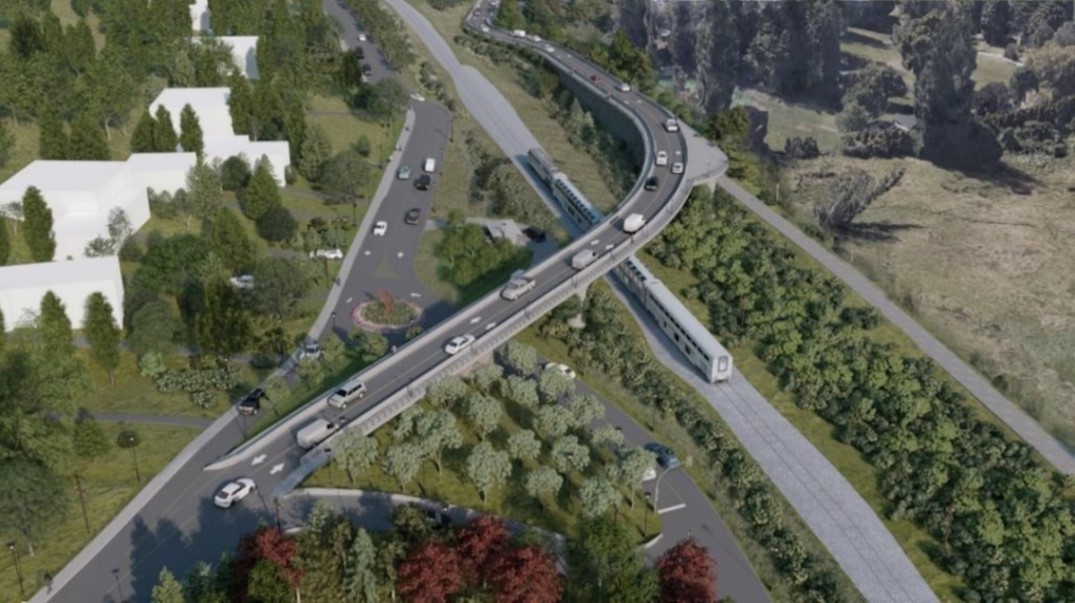 To address the concerns, the municipal government is in the early stages of planning a potential Beecher Street overpass above the railway, replacing the existing at-grade main road crossing.

“Without any other way for emergency vehicles to get in or out of Crescent Beach during an unscheduled train stoppage is a safety issue that has gone on for far too long,” said Surrey mayor Doug McCallum in a statement.

“Ensuring emergency vehicles have access to all neighbourhoods is essential. Until we have a bypass that allows vehicles to move regardless of train traffic or stoppages, there remains a significant risk to public safety. With Crescent Beach becoming increasingly popular over the recent years, it is long overdue that we find a solution to this chronic problem. Council and I are eager to move on advancing this much needed overpass project so we can create a safer community for both residents and visitors.”

Such an elevated road crossing serves 142 acres containing 390 properties — mostly single-family dwellings. The city did not provide an estimate on the construction cost for the overpass.

The BNSF segment within the Lower Mainland starts at the US-Canada border, and then runs along White Rock’s waterfront before crossing through Crescent Beach to reach destinations to the north including port facilities. The railway was constructed in the early 1900s.