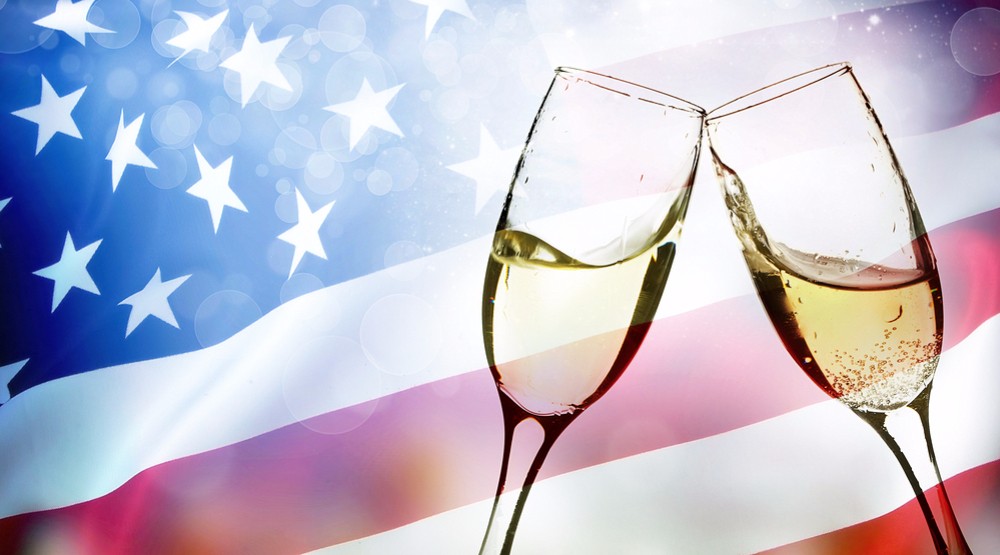 Decision Day 2016 is upon us. What will you sip as the results roll in: bland white wine, or a shot of Wild Turkey?

The Americans are at the polls November 8, and it’ll be riveting TV. Whatever happens, a drink might be a good idea, in fact a tremendous idea. A very tremendous idea. Will America make history and elect the first female president, or will the cult of celebrity rule the day? And what will you drink as the drama unfolds?

Here’s a list of some bevvies to get you to the victory ball, all of which are available at BC Liquor Stores.

The very best choice (obviously!) is a bottle of champagne. Winston Churchill so famously growled, “in victory I deserve it and in defeat, I need it.” With fizzy wine, you’ll be a winner no matter which way your politics lean.

Hillary Clinton supporters might consider tepid white, flabby white wine that is past its best. Pantsuit wine. But that’s not much fun to drink, so let’s go in the other direction. What could you give Clinton to boost her personality? Inject a little humanity in the Democratic candidate?

The Donald won’t be drinking of course, because he’s a teetotaler. He owns a winery in Virginia (where son Eric is the President) complete with obligatory hotel, and puts his name on a vodka bottle, but avoids drink because he lost of his elder brother to alcoholism.

DJ Kearney is the Director of Wine for New District, an innovative wine technology platform. Kearney is a renowned wine educator who has trained over a thousand sommeliers across North America. She’s a critic for WineAlign and Chief Judge of the Vancouver Magazine Wine Awards and is always in demand as a speaker and judge.