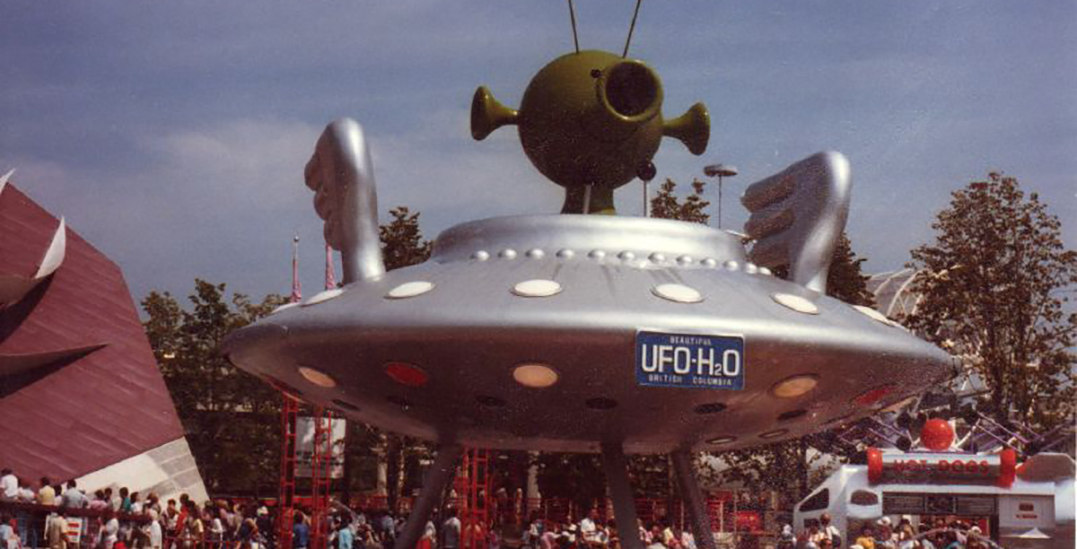 Whatever happened to UFO-H2O? (Jasperdo/Flickr)

As we celebrate the 35th anniversary of the opening of Expo ’86 in Vancouver, we found ourselves wondering — what on earth happened to all those amazing exhibits?

We’ve been treated to some great vintage photos of Expo ’86, as millions of people remember the glorious days of the world’s fair that placed Vancouver on the global stage.

We know what happened to Science World. But where are all those other exhibits that had Vancouver and the world enthralled for so long?

Here’s what we managed to track down: 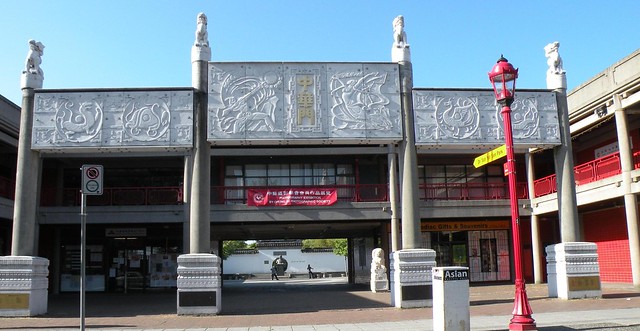 The ornate red China Gate led visitors into the People’s Republic of China Pavilion, one of the largest at Expo ’86. It was later donated to the City of Vancouver and sat for 20 years in Chinatown, at the entrance to the Chinese Cultural Centre on Pender Street. The gate has since been remodelled in a different style.

This massive coin was three feet wide and contained a million dollars worth of gold, making it the largest coin ever minted in history. There were rumours Donald Trump wanted to buy it, but it was eventually given back to the company that made it and melted down. This huge Inukshuk, traditionally an ancient Inuit navigation aid, welcomed visitors to the Northwest Territories Pavilion. It now stands on a grassy point on the south side of English Bay, an international symbol of hospitality and friendship. Better know as the McBarge, this was one of the busiest McDonalds locations in the world during Expo ’86. Sadly, it then sat derelict in Burrard Inlet just north of Capitol Hill, Burnaby, for decades – until being towed away for a secretive $4.5-million refit in 2017.

Several unusual statues — flat silhouettes with star fields painted on them — graced the France Pavilion. They were later placed in the Seven Oaks Shopping Centre in Abbotsford, which has since been demolished. The whereabouts of the statues are unknown. The Roundhouse in Yaletown (Jasperdo/Flickr)

Originally used to fix trains, the Roundhouse was deemed a heritage building and restored for Expo ’86, where it housed exhibits that celebrated the beginnings of electricity and the combustion engine. It is now a community centre. Locomotive 374 in The Roundhouse (Joe Goldberg/Flickr)

On May 23, 1887, CPR Engine 374 pulled the first transcontinental passenger train into the city, marking a momentous occasion for Vancouver. The locomotive was restored for Expo ’86 and was displayed in the courtyard outside the Roundhouse. It can now be seen year-round at the Engine 374 Pavilion. The monorail shuttled visitors to every zone in Expo ’86 and was intended to remain as a shuttle service from English Bay to downtown. But after protests about the noise, it was sold and now shuttles people around Alton Towers, an amusement park in the UK.

This record-breaking flag measured 24 by 12 metres and stood on a flagpole 86 metres tall. The pole now stands on 104 Avenue in Surrey, flying the flag (rather tattered and by now replaced multiple times) over a Barnes Wheaton GM car dealership. 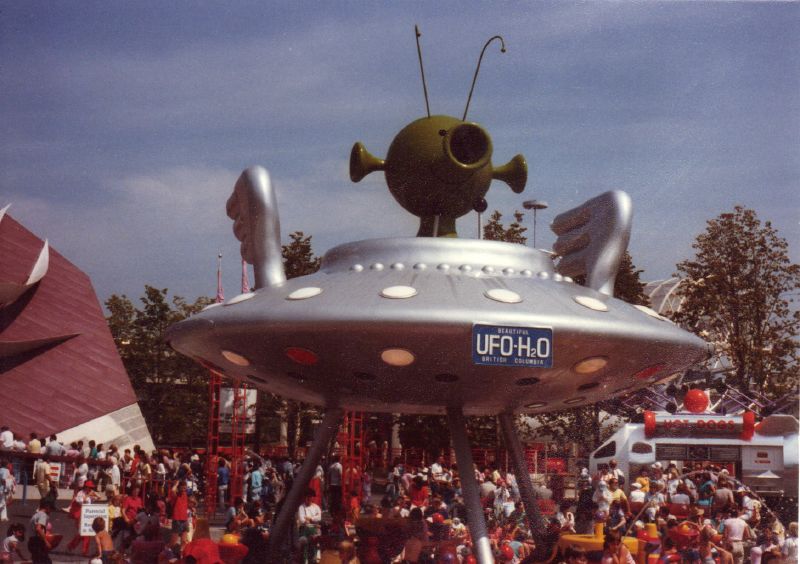 This cool water sculpture of a green alien landing his spaceship in a fantastical sea of jumping water was a huge hit at Expo. It was later bought at auction by the Mount Layton Hot Springs Resort in Terrace, BC but has since fallen into disrepair. The World’s Largest Hockey Stick in Duncan, BC. (Sarah Caufield/Flickr)

At 62.48 metres long and weighing 28.12 tonnes, the Expo ’86 hockey stick is still recognized as the world’s largest. It now graces the front of the Island Savings Centre (formerly the Cowichan Community Centre) in Duncan, BC.

Visitors lined up for hours to see this show at the GM Motors Pavilion. It used holographic effects to tell First Nations legends. The set was moved to Alert Bay pending a permanent move to a dedicated building but has since vanished without a trace. The Plaza of Nations before demolition (Thom Quine/Flickr)

This huge glass-covered plaza could hold 5000 spectators, flew the flags of all participating nations and was the hub of parades and ceremonies at the Expo. It remained in use in False Creek until 2007, when the roof became unsafe and was demolished. This building caught the imagination of a property developer in Sechelt, who bought it at auction and shipped it to the Sunshine Coast. It is now the Lighthouse Pub – the “lighthouse” on top is actually a spaceship that sat atop a nearby Expo McDonald’s.

This huge sculpture has 16 kinetic quills that rock back and forth when the wind blows. It was bought for $230,000 after Expo ’86 and now sits in a waterfront park at the bottom of Maple Avenue in Barrie, Ontario.

In pavilions built from BC timber, the Folklife Village showcased the traditions of Canada’s cultures, with performances from Newfoundland fiddlers and First Nations dance troupes. After Expo ’86, it was taken to Gabriola Island to become a strip mall.