On the 30th anniversary of the opening of Expo 86, there’s nowhere that brings back more memories of Vancouver’s historic world’s fair than Science World.

The giant, silver dome, which was built to house the Expo Centre, sits shining like a beacon in False Creek – and has become one of our city’s most beloved landmarks.

To celebrate the anniversary of Expo 86, we spoke to Science World President and CEO Bryan Tisdall, who shared tales of 30 years past – and his hopes for the next 30 years.

“Expo was a wonderful period of civic pride for Vancouver, a coming of age of the city,” he told Vancity Buzz.

“In many ways that’s represented by the big, shiny, silver ball at the top of False Creek…We treasure that visibility.”

That shiny silver dome was actually built a year ahead of Expo 86, so it could be used as a presentation centre, giving the world a preview of what was to come the following year.

One year on, ahead of the world’s fair, classic Vancouver weather set in, says Tisdall; it was raining and grey right up until opening day – and then, the sun made a break for it.

And so, on a sunny May 2, 1986, the Expo Centre welcomed visitors from around the globe, who flocked to the dome-shaped hub of activities at Vancouver’s historic world’s fair.

“It seemed like there was endless sunshine,” said Tisdall. “It was a glorious period of good weather and people came out by the millions to stroll the site day after day.” 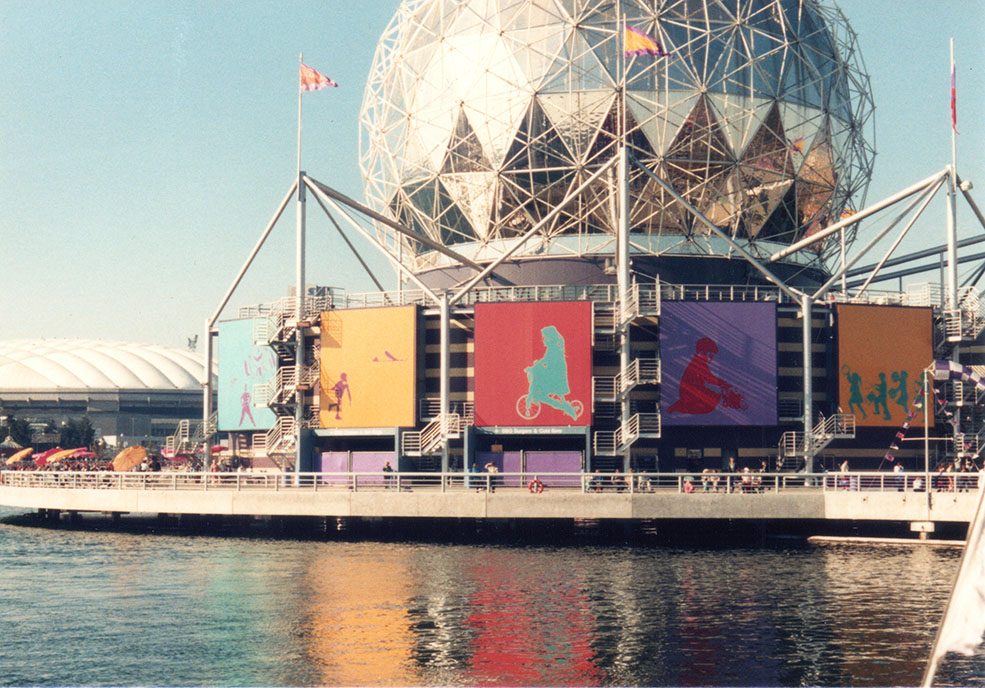 But it wasn’t only international visitors who descended on the silver dome; thousands of Vancouverites bought season passes to Expo, says Tisdall.

“Not a week goes by now that someone does not recall their experiences at Expo, walking the site on glorious summer evenings,” he said. “There was a certain gaiety and joviality.”

‘They had a dream’

So far so good. But the Expo Centre – which was built entirely on pylons over the water – was originally intended to be temporary.

And after the fair, ownership of the iconic building reverted to the city – no one expected it to last much longer.

Meanwhile, volunteers at the Science World Society of Vancouver, then based on Granville Street, were searching for a new home.

“They had a dream. They wanted a real science centre…and requested if they could use any of the Expo facilities that might be leftover,” said Tisdall.

As it happened, he says, in 1987 the Queen was visiting Vancouver and protocol said she could make one royal proclamation…

So, at the request of the city, the Queen proclaimed the building “for the people of British Columbia” – and announced it would be the new home of science in Vancouver. 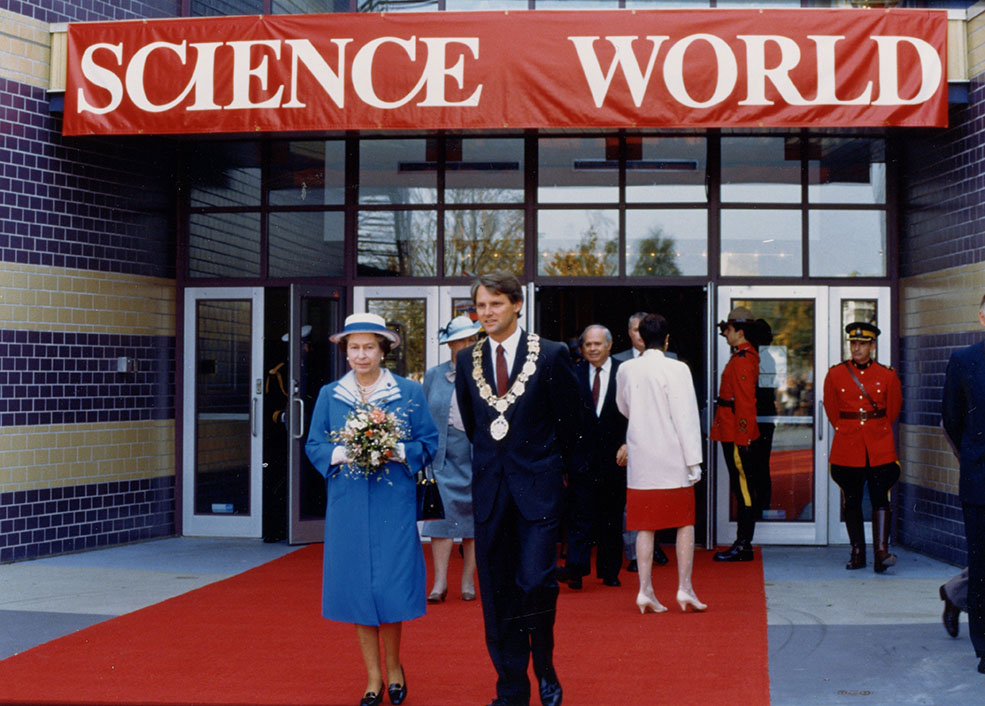 After fundraising and renovations to expand the exhibition space – and almost three years to the day since the start of Expo 86 – Science World officially opened its doors in 1989.

Looking back, Tisdall says the legacy of Expo in Vancouver was more than economic and real estate development.

“There was a development of community during that period…That remains to this day.”

Looking to the future, Science World’s newest space, the imaginative Wonder Gallery, will certainly be a reminder of Expo’s spirit of innovation and the sense of community it created.

Due to open in December, the $2 million, state-of-the-art gallery for young learners will be partly funded by a crowdfunding campaign launching at Science World today.

In the new 4000-square-feet space, kids will be able to enjoy scientific exploration in areas with themes like crawl, climb, shine, splash, build and experiment.

“It will be a colourful, joyful, playful, intriguing space,” says Tisdall, who said the new gallery will also aid research into early childhood development at UBC. 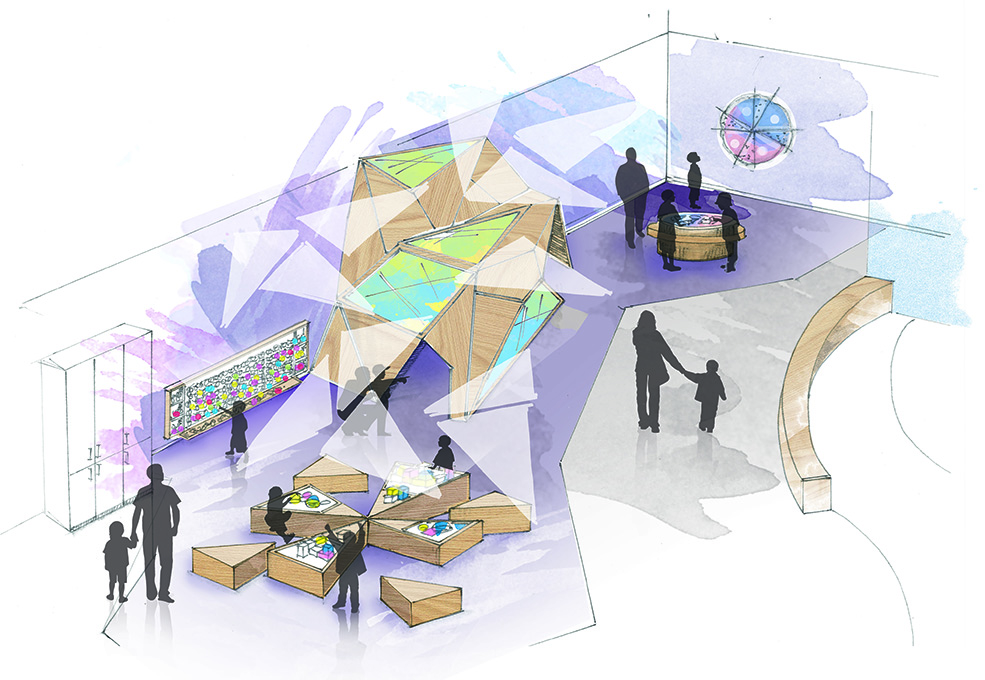 And just as Expo 86 inspired so many budding scientists 30 years ago, Tisdall says he hopes Science World’s latest gallery will spark the talent of tomorrow.

“It’s never too young… And 30 years from now, they’re going to be our leaders in science and technology.”

To donate to the Wonder Campaign, head to scienceworld.ca/wonder. 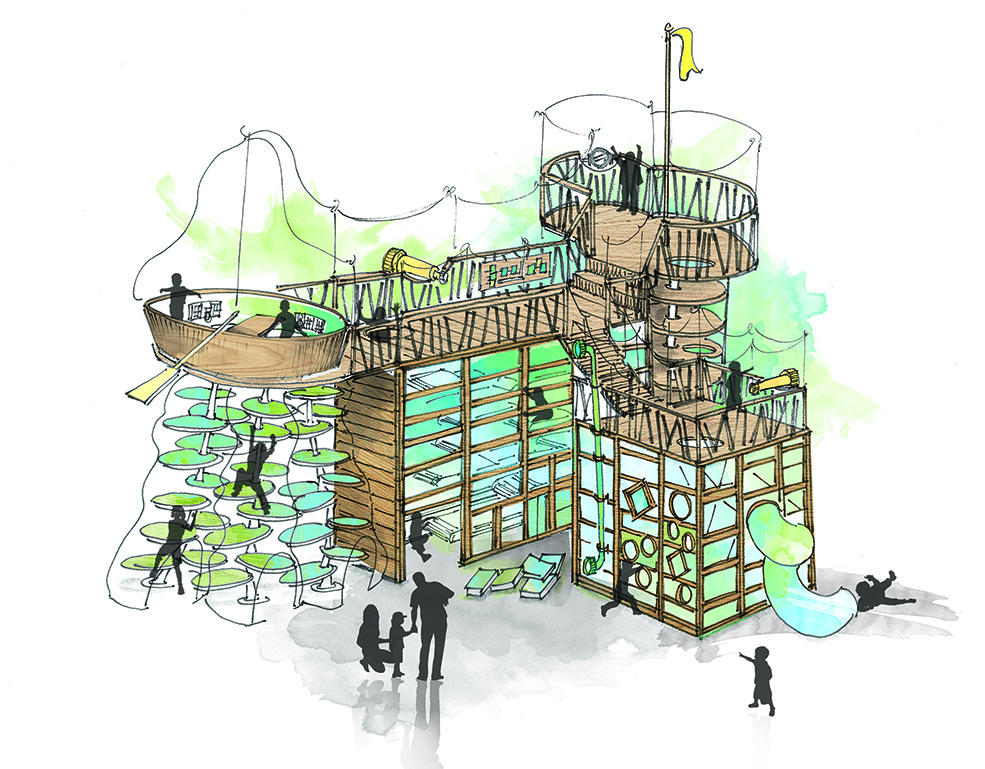 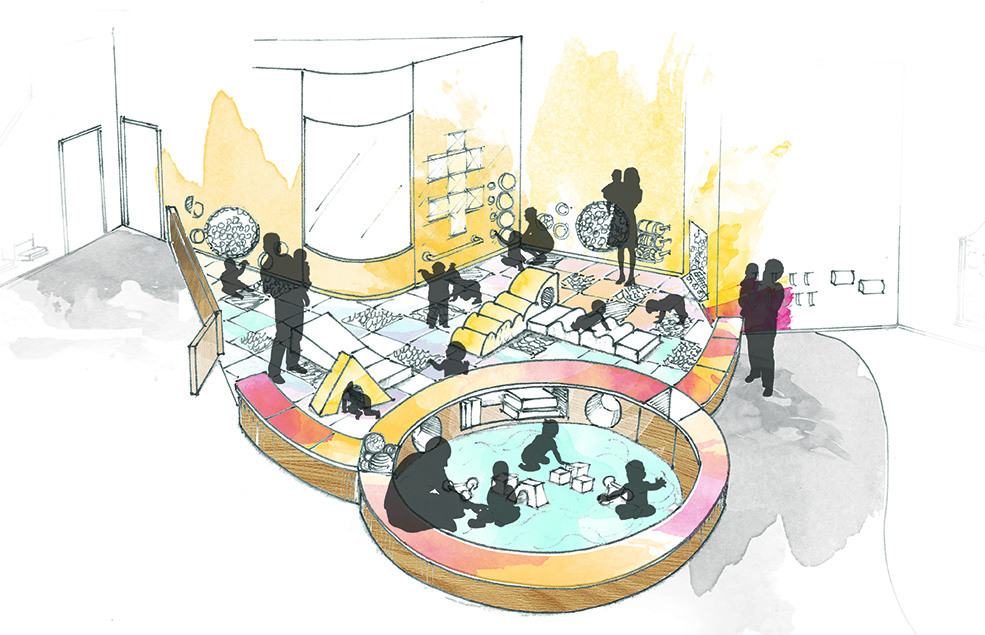 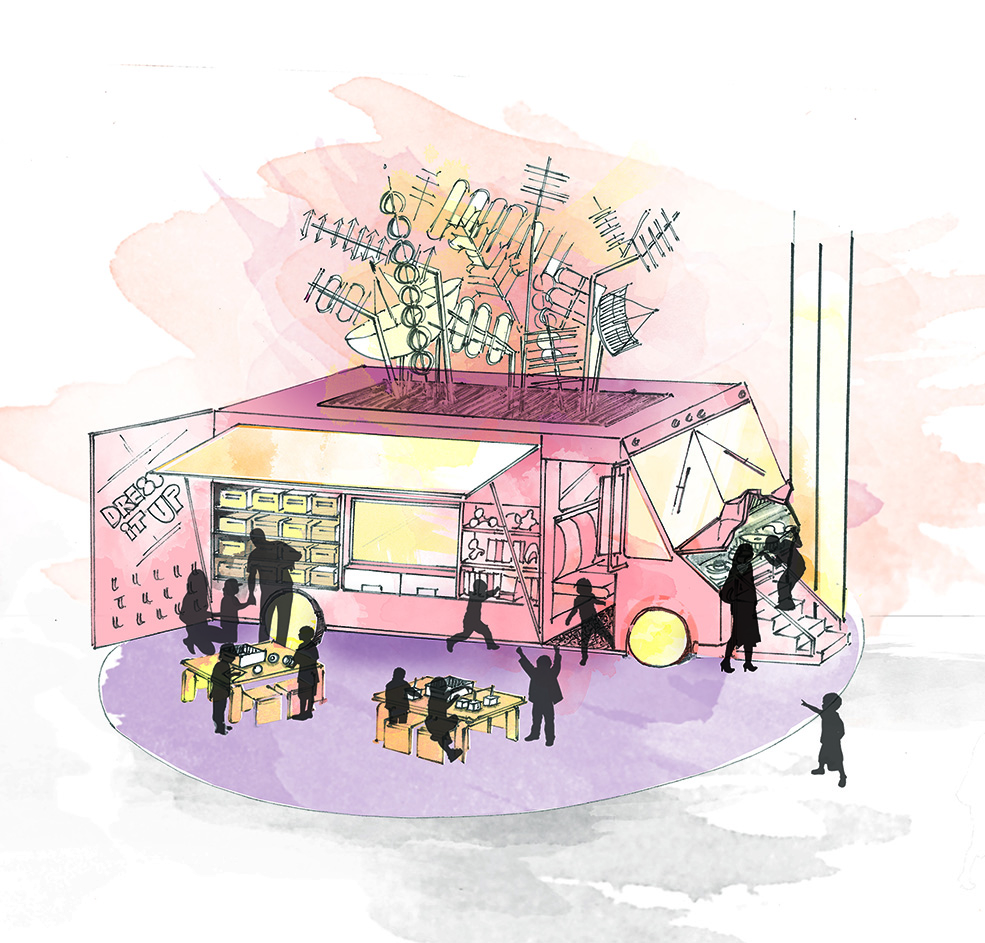 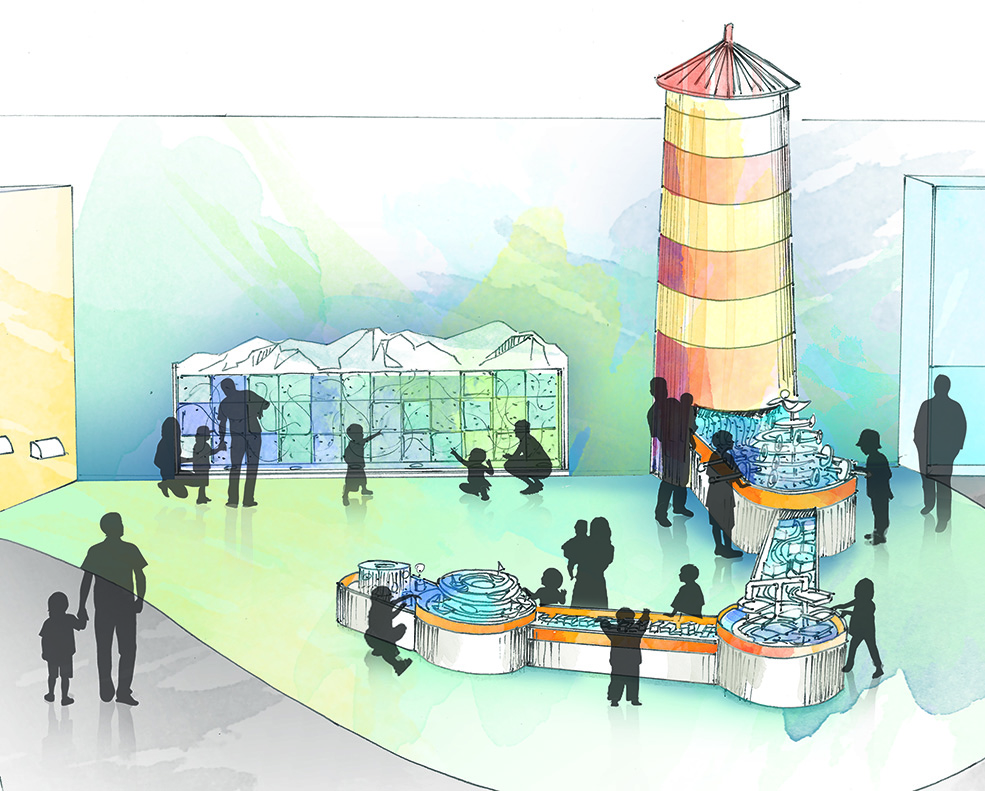 The “Splash” area will feature cascades, a water tower and a boat spiral (Science World) 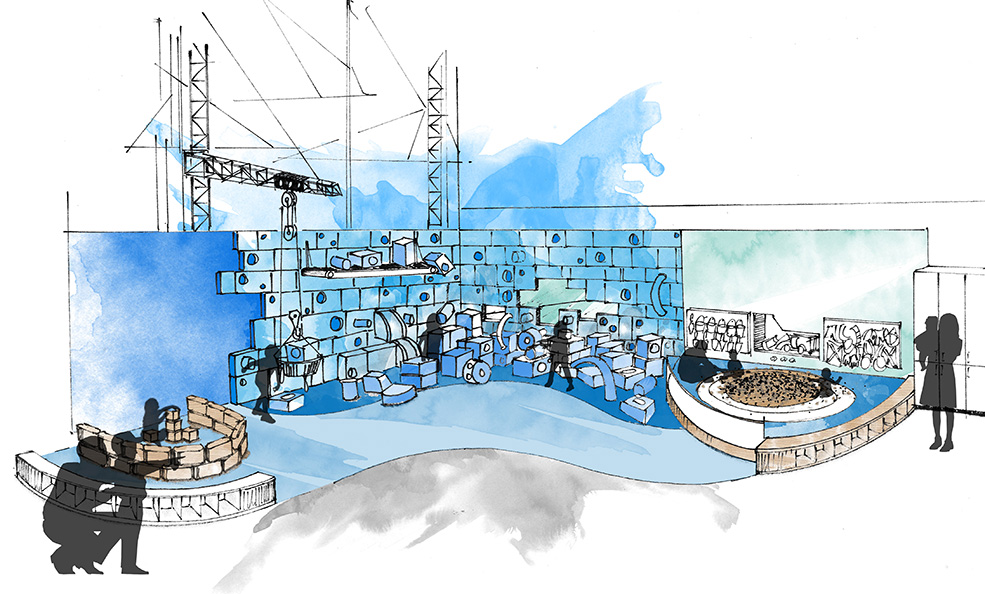