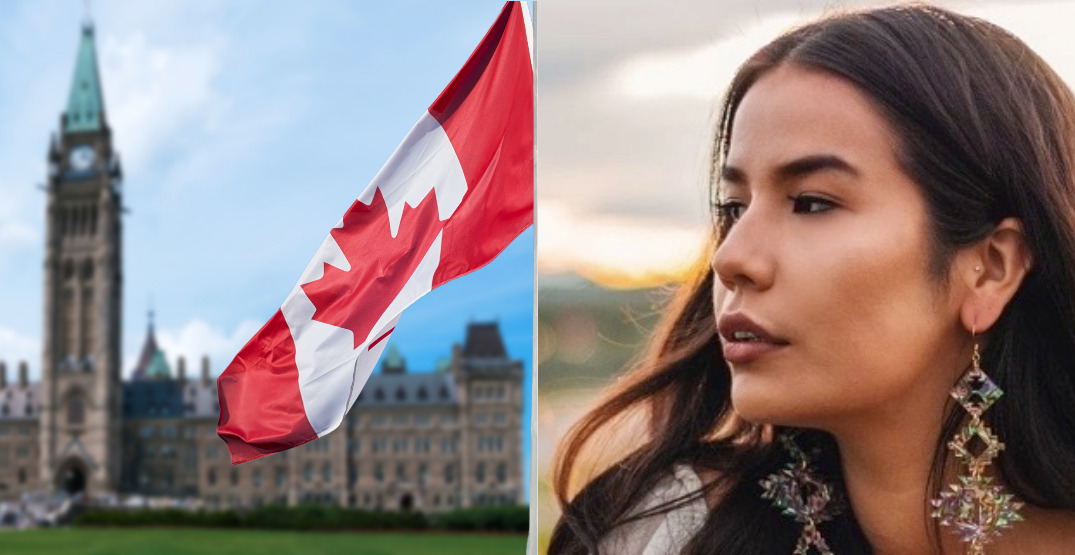 In the months leading up to Canada Day 2021, many tragic events have caused Canadians to question Canada’s history.

Even in years previous, Canada Day celebrations were often met with conflict, with people calling on federal and local governments to cancel events that celebrate Canadian history.

That conversation grew more fierce in just over a month leading up to Canada Day.

Discoveries of unmarked graves at several former residential schools across Canada were a stark reminder of what Canada once stood for.

Assimilation through forcible reeducation and the dismantling the languages, customs, and traditions of Indigenous Peoples were the norm that various Canadian Prime Ministers supported through the help of the Roman Catholic Church.

So what is it like to be an Indigenous Canadian who maybe still has relatives that are survivors of these cruel and discriminatory institutions?

Shayla Stonechild is founder of the “Matriarch Movement,” a non-profit organization dedicated to highlighting Indigenous voices and providing wellness workshops to BIPOC women across Canada. She also hosts a podcast of the same name.

Also a yoga instructor, Stonechild was the first Indigenous woman to grace the cover of “Yoga Journal” magazine across Canada and the USA.

Her work with the “Matriarch Movement” focuses on intergenerational trauma and suicide prevention.

Her father took his own life when Stonechild was only 16 years old. Suicide is the leading cause of death among First Nations populations.

In a conversation with Daily Hive, Stonechild expressed what Canada Day celebrations mean to her.

“Canada Day is representative of celebrating genocide against Indigenous Peoples.”

Just yesterday, 182 bodies were discovered in unmarked graves near Cranbrook, BC. It’s the third such discovery in just over one month. The total number of human remains totalling 1,148 across the three discoveries.

“When I see celebration of the country, I see that people don’t care about what happened to Indigenous Peoples,” Stonechild says.

When the first discovery emerged in Kamloops, BC, the term Cancel Canada Day was something that began trending on social media. This wasn’t a new movement. It was one that Indigenous advocacy group IdleNoMore had pushed forward in years previous.

Stonechild was a little bit wary of using the word “cancel,” suggesting people are resistant to the word, and will refuse to listen to what you have to say.

“But, if we could co-create, and begin the healing process between Canada and Indigenous Peoples, then I would be down for that.”

“I grew up around Canada Day, and I was a part of celebrating it. But, it felt really disconnected, and I didn’t understand the true history until I got a lot older. So, I would advise Canadians to educate themselves on what has happened here in Canada, prior to just living here.”

She wondered how people living here feel celebrating Canada knowing that, “thousands of Indigenous Peoples have died on this soil, and at this very moment being found and unearthed.”

In response to whether or not Stonechild saw any reasons for hope for change in the near future she said, “Mother Earth is showing us right now that we all have to come face to face with the reality that we have been suppressing for the last 153 years in Canada. So, I do have hope for the future but I know there’s going to be a lot of hiccups along the way, and a lot of hurt and emotions that come with that.”