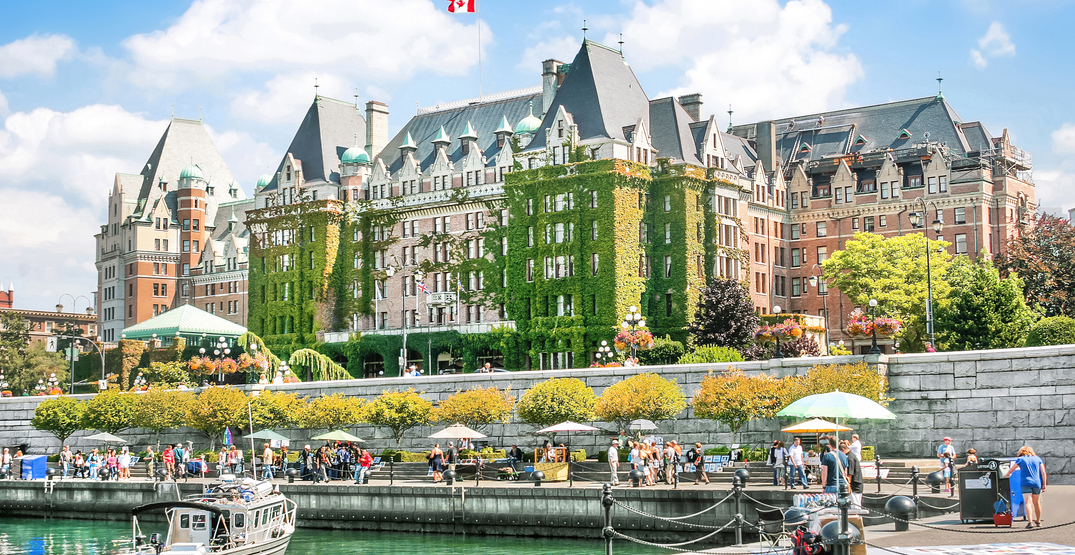 The Fairmont Empress in Victoria, BC (Shutterstock)

BC’s hotel industry says they’re aligned with whatever new measures are included in the upcoming travel ban, but they’re also desperate for some form of government support.

The British Columbia Hotel Association (BCHA) is the advocating body for the province’s hotel industry, which includes more than 600 hotel members, 200 associate members, and over 60,000 employees.

“We currently represent all accommodators, regardless of size, in the province except the unregulated short-term rental market,” Ingrid Jarrett, president and CEO of the BCHA says in an interview. “Right now, all of us are impacted and we need one voice to work with the government.”

The new order restricting non-essential travel was announced by Premier John Horgan earlier this week. While exact details have yet to be shared, it includes plans for cancelling ferries, travel bookings and camping reservations, as well as random road “audits” and new border signage.

Jarrett says that they’ve been working closely with the provincial government and are committed to stopping the spread of COVID-19. She suggests, however, that it’s not hotels that are cause for transmission — it’s the activities that come with travel and leisure.

“We are cited as a sector where there has been one of the lowest incident rates of COVID-19 — hotels are very safe,” she argues. “But it’s what people do before or after they’re staying in a hotel or they’re at a meeting that is the problem. And we have no control over that but unfortunately, we bear the burden.”

The BCHA stresses that while they’re also unsure of what exactly the travel ban will entail, they’ll be working to educate members of the public who choose to travel and ensuring that only essential travel is done.

“Currently, there’s a lot of misunderstanding about what is essential travel and what it isn’t,” Jarrett explains. “But [Monday] was the first I’d heard that the boundary would be the health regions.”

And despite the BCHA’s cooperation with the provincial government, Jarrett says that the announcement is a colossal blow to the industry.

“There are many businesses in the province right now on the brink of bankruptcy. And these six weeks are going to push them over the edge. But we also know that it’s the right thing to do to restrict travel while this virus and variants are so rampant.”

“Our role is also to protect our industry and make sure it remains whole and that we can rehire our teams and get back to business and contribute to the economy. A hotel that is operating at 10% occupancy is not contributing to the economy.”

And while she’s telling hotel operators in the province not to panic, she pointed out that there had been “hundreds of thousands of dollars in cancellations” on Tuesday alone.

“We have to do the right thing for the right reasons but we need the truth of the order, the specifics of it,” Jarrett says.

That’s why the BCHA is urging the provincial government to provide any kind of support. Many hotels in the province aren’t eligible for the small or medium-sized business grants and they’ve seen no form of property tax relief.

“We have hotels that, in 2020, their entire revenue for the year is less than their property tax bill,” Jarrett explains. “Imagine getting a bill in the mail for more money than you made all year.”

For now, the hotel industry is waiting for when British Columbia can go back to its phased reopening — although the BCHA hopes that Friday’s travel ban, as well as future plans, be properly communicated.

“Right now, there’s a recommendation and it’s been there since the beginning of November and people are not paying attention,” Jarrett says. “Which is why an order’s coming in.”

“But at least that enables businesses to say, during this order, I am not able to take your reservation unless you are an essential business. And it also enables us to communicate clearly when people are calling to make reservations or calling a hotel; we can educate them on what this order means.”