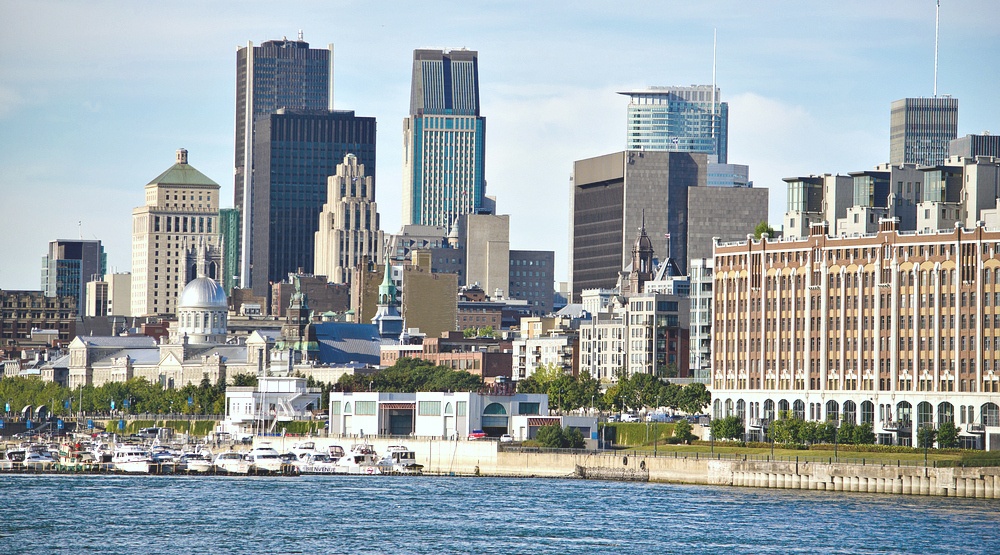 You’re not not technically leaving the country when moving from Vancouver to Montreal, but it might feel that way sometimes. A different language, new drinking culture, and strange French-Canadian foods are just a few of the challenges you’ll have to overcome if you’re a Vancouverite moving to Montreal. Luckily, Montreal is a super-accepting city and Canadians are some of the nicest people on the planet, no matter what province you live in.

Here’s a quick rundown of what might be going through your head when you first step foot on Montreal soil.

I better brush up on my grade school French…

Now it is true that you don’t need to speak French to get by in Montreal, but it’s also true that all of the street signs are exclusively in French. This can be a huge adjustment if you’ve grown up in an English-speaking part of Canada like Vancouver. So it’s time to think back to the days of grade school when your French teacher taught you the ins and outs of the French language (AKA the numbers and colours). You got this!

Am I in Europe?

Americans and non-Quebecer Canadians alike are sure to be in awe of Montreal’s European vibes. Unlike any other part of North America, Montreal has adopted the European lifestyle complete with cobblestone streets, outdoor cafes, freshly baked pastries in storefront windows, and liberal attitudes towards alcohol consumption. Take a stroll through Old Montreal and bask in the beauty of our city.

Although this may not be the experience everyone has, when we speak to newcomers here, they usually share the same sentiment of feeling very welcome and making friends quickly when relocating to the 514. The inclusive and multicultural nature of Montreal makes moving here much easier than to other big cities.

God, the pastries are good.

Did you expect anything less? Once you realize the European, and especially French, influence on Montreal, it’s no surprise that this influence would translate to some mouthwatering pastries. On every street corner in Montreal, you’ll find a freshly baked croissant, pain au chocolat, and brioche. So put down the Starbucks muffin and check out some of Montreal’s most incredible bakeries.

I can drink in public!

This is definitely one thing that Montreal has going for it. Unlike any other major city in Canada, Montrealers can enjoy the freedom of cracking open a nice cold bottle of beer or sipping on a glass of wine in public. As long as you’re at a park with some food in hand, drinking is totally legally. Oh, and alcohol is cheaper than anywhere else in Canada, not to mention you can buy it in liquor stores, grocery stores, and corner stores. You’re welcome!

This province is so flat…

Yes, sadly this is something you have to face now that you live in eastern Canada. It’s by no means the Prairies, but at the same time don’t expect anything like the stunning western Rockies. The highest point in the city is on top of Mount Royal, but it’s not exactly ski-able. If you’re looking for some good hiking or skiing, you’ll have to head out of the city to Mont-Sainte-Anne, Mont Tremblant, Le Massif, or down to Vermont.

And I thought Vancouver was hipster…

Vancouver may have the whole West Coast hippie thing going for it, but nowhere in Canada is quite as hipster as Montreal. Filled with independent coffee shops, urban street art, wiry bikes, coiffed moustaches, and the occasional unicycle, Montreal is a hipster haven. And before you know it, you’ll be just a little bit hipster too.

I’m sorry, it costs how much to rent this apartment?

Vancouverites moving to Montreal are likely to be shocked by house prices in our fair city. Montreal boasts the lowest cost of living in any major Canadian city, and that certainly extends to rent. Vancouverites turned Montrealers will now be able to afford a nice, spacious apartment in a great location (even if the unit is a little older and less environmentally-friendly than its Vancouver counterpart).

Sadly, Cactus Club has not yet made its way to Montreal, and no, we don’t have anything similar that can replace it for you. Sorry.

The drivers here are nuts.

Montreal drivers are simply insane. This is something that anyone new to the city probably thinks at least once, but having been in Vancouver, we can say that Vancouver drivers are 10 times nicer than any driver you will meet in Montreal. Patient and calm, Vancouver drivers are considerate to their fellow cars and pedestrians. Montreal drivers on the other hand are angry, fast, and will not hesitate to honk at you or, worse, give you the finger. And don’t even get us started on the cab drivers…

To a native Montrealer, there is nothing quite like autumn in the city. Mont Royal is covered in red, yellow, and orange foliage and the temperature is perfect for a light sweater and jeans. To a Vancouverite, however, the foliage is still beautiful but the temperature is simply unacceptable. With an average high of 120C and an average low of 40C, the temperature of Montreal’s autumn is pretty much that of Vancouver’s winter. Whatever you do, please don’t start wearing a toque and mittens until at least November.

(In January) How have people survived here for hundreds of years? I’m never leaving my apartment.

You thought October was cold? You ain’t seen nothing yet. January and February are truly awful months and most Montrealers will admit it. Reaching lows of -300C (thanks, wind chill), it can be hell to step outside in the height of winter. And to a Vancouverite that’s not used to the cold let alone the copious amounts of snow, it’s likely you may never leave your apartment during your first winter here in Montreal.

Where is the Whole Foods?

To all you organic eating health nuts, prepare for the disappointment of your life when you learn that Whole Foods does not exist here. We do however have local markets and smaller stores like Bio Terre that have the necessities you’ll need to continue your west coast organic living.

No-fun city what? That’s right, Montreal is the complete opposite of that. From crazy Sunday beach parties to afterhours that will blow your mind, there is never a dull moment in this city.