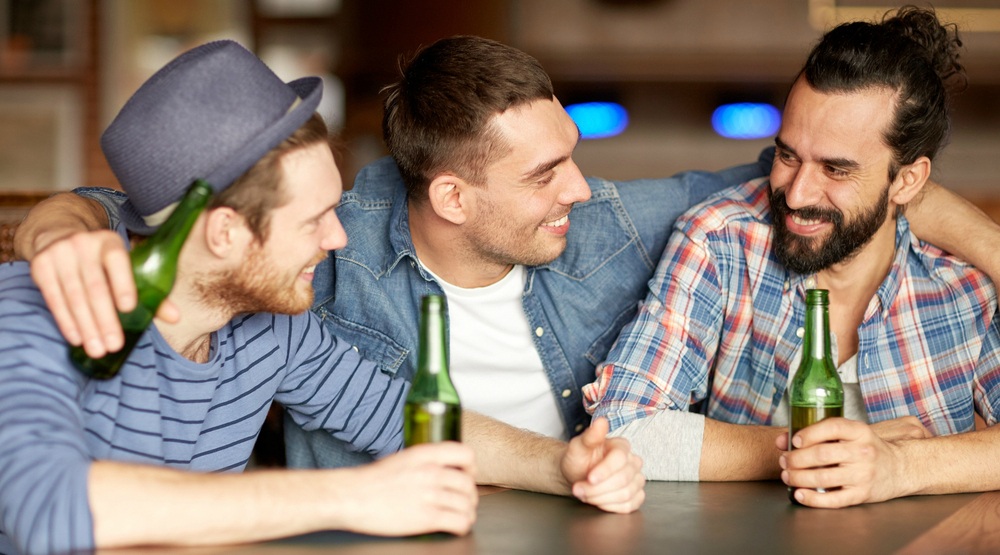 Montreal has acquired quite a party reputation in recent decades and for good reason.

On any given night out on Saint Laurent, you are guaranteed to run into a bachelor party or two.

However, in addition to partying it up at one of Montreal’s many nightclubs, the city boasts a slew of activities that are perfect for a bachelor party. From axe wielding and air gun shooting to beer and hockey, Montreal is a haven for grooms everywhere.

Check out 7 places where you should celebrate a bachelor party in Montreal below:

Spend a night like a lumberjack at Montreal’s very own Rage Academy. Rage Academy gives you and your friends the opportunity to wield your very own axe, Gimli-style. This rage axe playground will have you throwing axes down lanes and at targets with the help of an axe-throwing expert. Think of Rage Academy as the perfect way for the groom to work through his nerves and get in some exercise the night before the big day.

Montreal’s top supper club just keeps the crowds coming! A perfect spot to book a table, orders bottles, and just party the night away. The music is always buzzing and the crowd is as Montreal as it gets. Be prepared to spend some serious dough and book ahead of time, this place gets beyond busy on weekends.

What better way to spend a bachelor party than by getting tickets to a good old-fashioned hockey game? Full of action, crazy fans, and most importantly, beer, catching a Canadiens game at Centre Bell is guaranteed to be a great time enjoyed by all.

Uncover some of the best ale Canada has to offer at a Craft Beer Tour in Montreal. Starting at $59, these three hour walking tours include six craft beer tastings at three different brewpubs. And did I mention the beer comes with food? For the ultimate French-Canadian beer experience, a Craft Beer Tour in Montreal is accompanied by none other than a delicious craft beer poutine.

Yes we know it’s tacky but hey, it’s a bachelor party! Clean and swanky, Chez Paree is one of the city’s most popular spots for bachelor parties. Filled with leather couches, a fancy bar, and a VIP lounge, this is a great place for one last wild night of freedom. Not too wild thou.

Put your brain to the test at Montreal’s very own escape room game centre, A/MAZE. In a limited amount of time, you and your friends will have to find clues, crack codes, and solve problems in one of their themed rooms, ranging from a 1926 prison cell to a mad scientist’s lab. A/MAZE is sure to bond your wedding party more than you ever thought possible.

Try your hand at air gun shooting at Montreal’s own indoor air gun sport centre. Offering you the chance to shoot anything from a revolver to an M16, Tir du Soleil can accommodate anyone, whether you’re a beginner or a seasoned veteran. Rest assured, the environment is totally safe and secure and it’s possible to rent out the entire centre for your bachelor party.