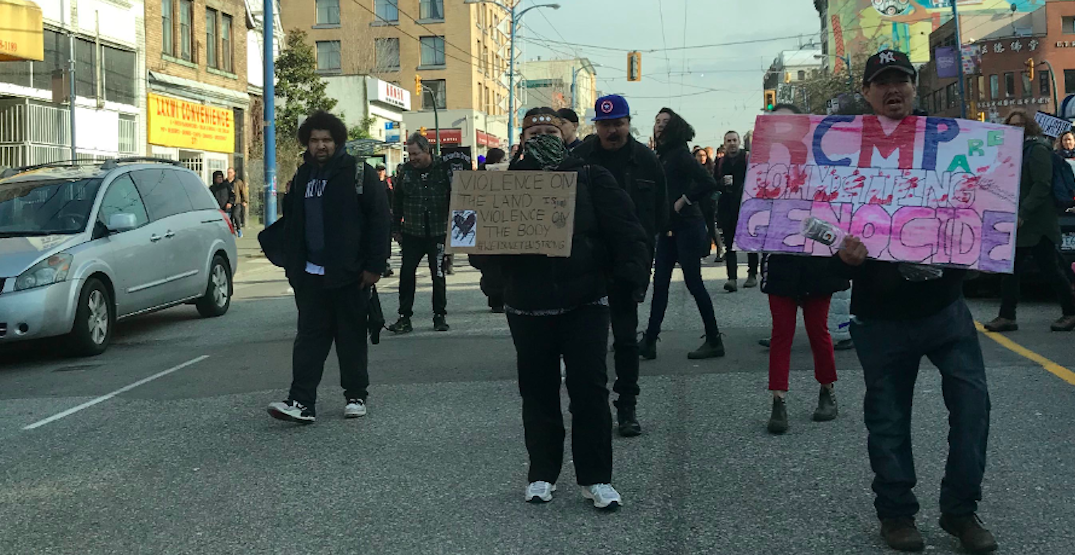 After 33 people were arrested in Vancouver as a result of a court injunction following three straight days of protests by Wet’suwet’en supporters, which blocked access to the port over the weekend, demonstrators are once again protesting in Vancouver this afternoon, around the area of Hastings and Main Street. 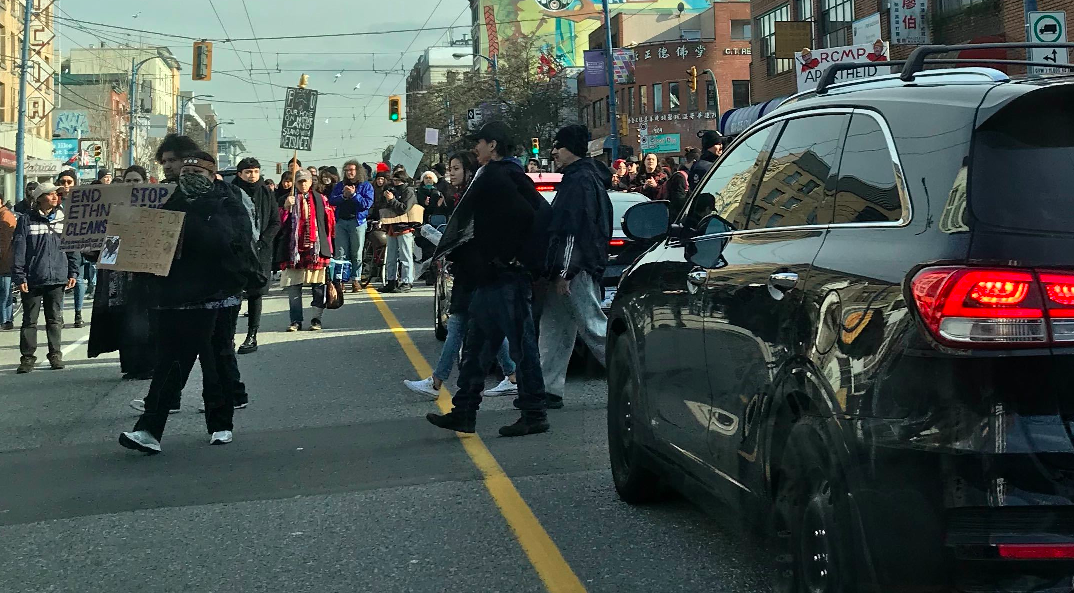 The protests in Vancouver have been part of a series of demonstrations around Canada in support of Wet’suwet’en hereditary chiefs. The demonstrators want to see RCMP stand down in the First Nations territory, where heavily armed officers have arrested several land defenders in recent days.

“We are witnessing colonial violence in real-time. Everything you’ve heard from Canadian governments or the RCMP about ‘reconciliation,’ ‘nation-to-nation talks,’ or ‘consultation’ is a lie,” they continued.

Elected chiefs are part of a system of governance outlined in the Indian Act, but Wet’suwet’en people have followed a hereditary clan system for hundreds of years.

In recent days, Mounties have been arresting and forcibly removing people on Wet’suwet’en territory to enforce a court injunction for the gas company to continue construction.

Many elected chiefs have signed on to the pipeline project. They hold authority through the band council system outlined in the Indian Act.

However, the Wet’suwet’en traditionally followed a hereditary governance system organized through clan groups. That’s why the hereditary chiefs involved in pipeline resistance say they’re the ones who need to give consent for the project to cross Wet’suwet’en territory.