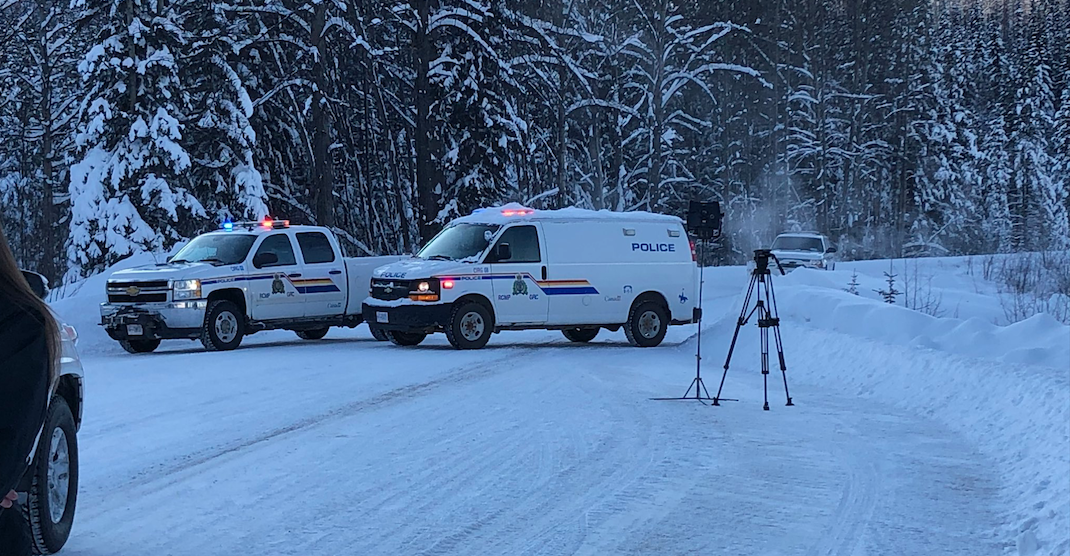 The RCMP has set up a checkpoint outside of Wet’suwet’en territory, limiting who is able to gain access, including members of the media.

BC RCMP issued a release yesterday saying that an access-control checkpoint has been established at the 27-km mark of the forestry road, to “mitigate safety concerns related to the hazardous items of fallen trees and tire piles with incendiary fluids along the roadway, and to allow emergency service access to the area.”

Those looking to enter are required to state their purpose and provide identification, and they must receive permission to enter from the RCMP’s Operations Commander or delegate.

According to the RCMP, Commanding Officer, Deputy Commissioner Jennifer Strachan has been involved in a series of meetings that have taken place or are being scheduled with the Wet’suwet’en Hereditary Chiefs, elected councils, and other stakeholders.

The Canadian Association of Journalists (CAJ) has issued a statement calling on the RCMP  to allow media continued access to the exclusion zone in Wet’suwet’en territory so the “media can report fairly and accurately on events as they unfold.”

According to a release from Wet’suwet’en Hereditary Chiefs, “police are demanding identification, controlling access, and plan to detain all individuals who leave our territory. Several reporters have been denied access to the area, while supply lines for food, medical supplies, and crucial winter gear are threatened.”

The CAJ says they worry RCMP will set up an exclusion zone to block access for journalists like they did last year, “making it impossible to provide details on a police operation that was very much in the public interest,” said CAJ President Karyn Pugliese in a statement.

“I urge the RCMP to respect the media’s Charter right to keep the public informed.”

Journalists — “with accreditation from recognised media outlets”. Very problematic to let police decide who is media. I work regularly with with many of the top outlets, but as a freelancer don’t have a printed credential. @BCRCMPMedia #FreePress

An injunction was issued from BC Supreme Court earlier this month by Coastal GasLink, ordering protesters to clear the way and move obstructions for workers and prohibiting individuals from impeding workers in any way.

According to BC RCMP, those exiting Wet’suwet’en territory who weren’t already spoken to on their way in, will be “briefly detained per paragraph 10 of the BC Supreme Court injunction, asked for identification, and provided a copy of the court order before they are permitted to go on their way.”

A video posted to Twitter shows an interaction between residents trying to get past the checkpoint and the RCMP officers stationed there, with officers being given strict orders to limit who is and isn’t allowed inside Wet’suwet’en territory.

#RCMP are now blocking access to #Wetsuweten territory, and only allowing hereditary chiefs that THEY approve to enter our own unceded lands. pic.twitter.com/LcyrqC4y34

“This is a violation of our human rights, Wet’suwet’en law, and our constitutionally protected rights as Indigenous people,” said a release posted to the Unist’ot’en website.

“Last time RCMP set up an “exclusion zone,” they had authorized lethal force against unarmed people.”

“Ignoring BC’s commitment to ratify UNDRIP into law, and specifically our right to obtain free, prior, informed consent for industrial projects through our unceded lands, John Horgan has signaled that he supports the continued construction of Coastal Gaslink,” said a release from Hereditary Chiefs.

“The Wet’suwet’en Hereditary Chiefs are gravely concerned that Horgan will respond to our grievances with militarized police instead of diplomacy.”