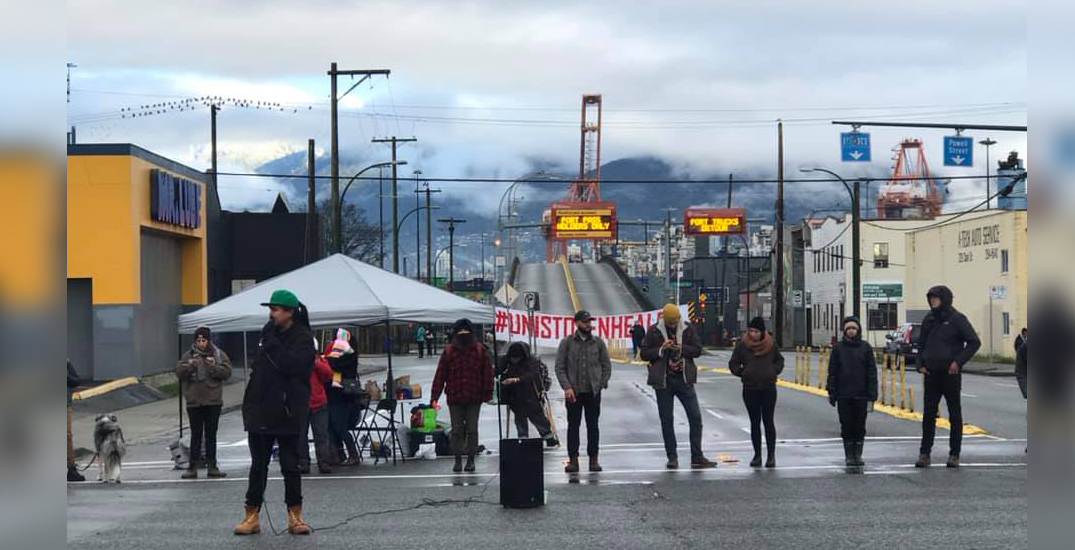 A group of demonstrators blocked bridges accessing the Port of Vancouver Saturday morning in support of a group of Wet’suwet’en hereditary leaders and their allies trying to prevent pipeline construction in their traditional territory in northern BC.

The RCMP have been enforcing an injunction against the group of land defenders in recent days, arresting them and detaining members of the media trying to document what’s happening.

As journalists, we never want to be the story.

But when police threaten to arrest journalists for trying to inform the public, we are all a little less free.

The conflict surrounds construction of a Coastal GasLink liquified natural gas pipeline crossing Wet’suwet’en territory. The pipe would transport LNG from oil fields in BC to port in Kitimat.

Saturday’s demonstration in Vancouver follows action across the country in support of the Wet’suwet’en land defenders.