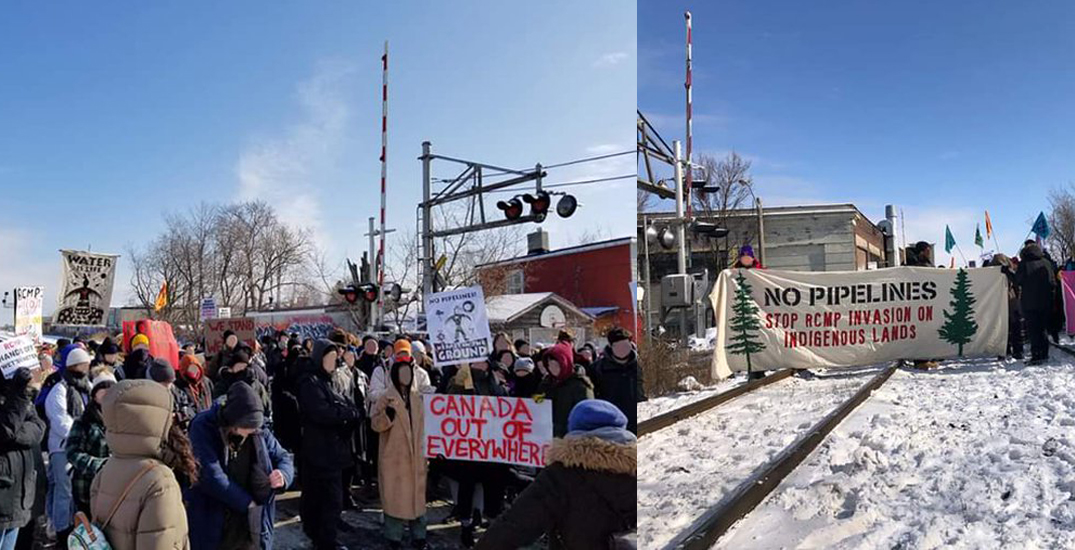 Meanwhile, in Vancouver, a group of protesters blocked bridges accessing the Port of Vancouver.

It follows other port blockades in Vancouver this week, as well as the interruption of VIA Rail service between Montreal and Toronto because of protesters on the tracks Friday.