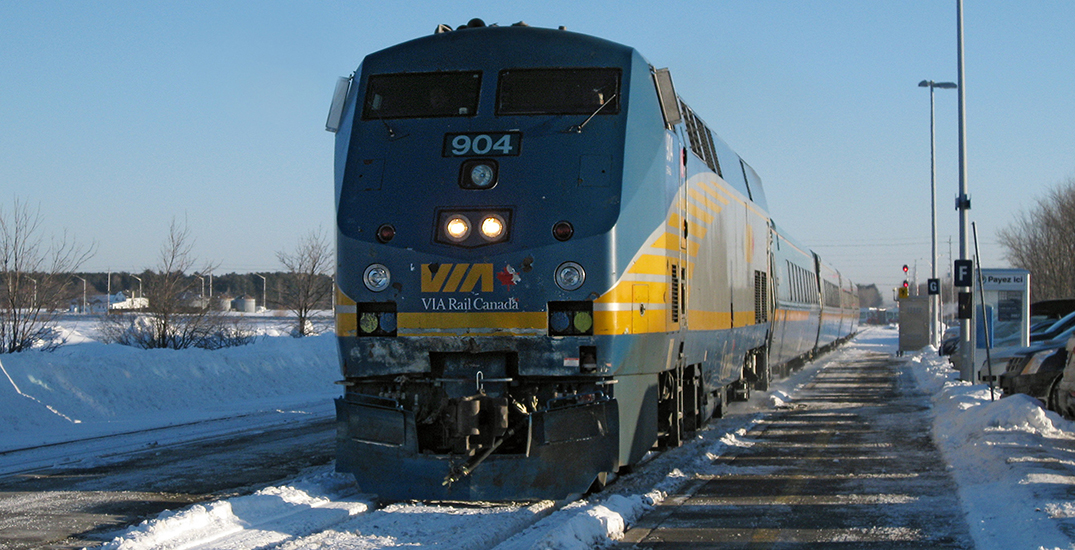 VIA Rail trains have stopped running between Toronto and Montreal on Friday due to a protest demonstration on the tracks near Belleville, Ontario.

The protest is in solidarity with the Wet’suwet’en peoples.

The stop on operations is effective in both directions and none of the trains on either route will operate until the situation is resolved, the company’s website says.

Those who are impacted by the service disruption will receive a full refund, the company says, which will be processed automatically.

Full refunds will be given to everyone affected by the events today. This will be processed automatically. ^NK

This demonstration is one of many organized across Canada after RCMP began enforcing an injunction to remove protesters from impeding the Coast GasLink pipeline construction site on unceded Wet’suwet’en territory in northern BC .

In a statement released earlier this week, RCMP said they “had committed to respecting the seven-day discussion period [referred to by the Wet’suwet’en as “Wiggus”] by not taking action to enforce the court-ordered injunction.”

“However, given that the stakeholders were not able to come to an agreement during the ‘Wiggus’ and the RCMP has maximized the discretionary time frame given by the Court, we will be enforcing the injunction [Thursday], February 6, 2020.”