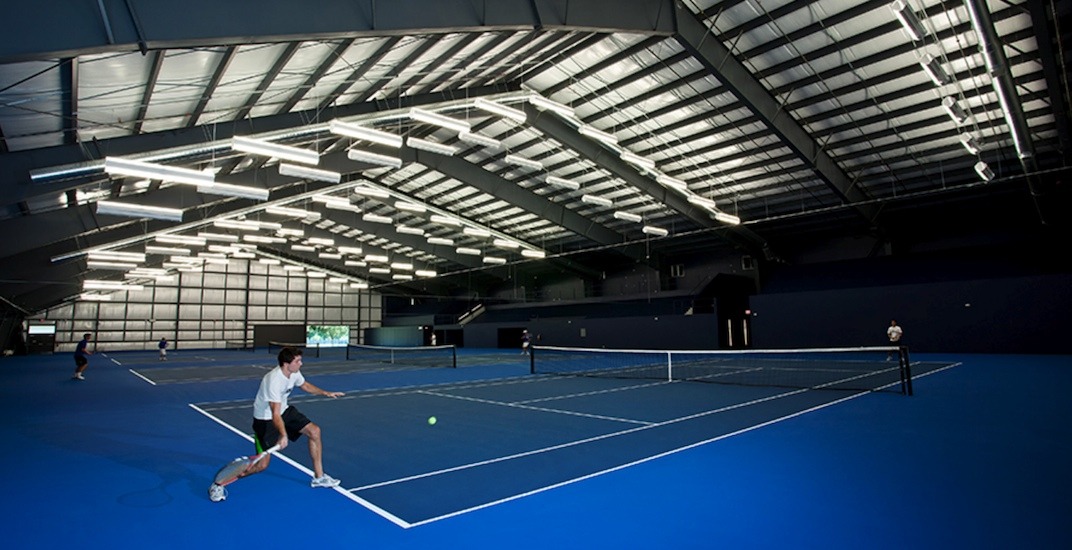 Burnaby Lake Sports Complex is set to see a new major addition that will make it one of the largest tennis facility hubs in Metro Vancouver, and there is a hope that it will generate some of Canada’s next top tennis athletes.

Tennis Canada announced plans on Tuesday to construct the Western Canada Tennis Centre (WCTC) in Burnaby in partnership with the municipal government.

“Tennis Canada and the City of Burnaby have a shared vision for a Western Canada TennisCentre and today marks an important step in making that vision a reality,” said Michael Downey, President and CEO of Tennis Canada, in a statement.

“The Lower Mainland is a hotbed for recreational tennis and adding more indoor courts will allow for greater year-round play. On behalf of Tennis Canada, I have the pleasure of thanking Mayor Corrigan and the City of Burnaby for becoming our doubles partner to grow the game and contribute to the future success of Canadian tennis.”

At the moment, specific design renderings and cost estimates have not been finalized, but Tennis Canada says the state-of-the-art facility will have 24 tennis courts, including 12 indoor courts and 12 outdoor courts. There will also be ancillary training and fitness facilities, such as a strength and conditioning centre, a physiotherapy clinic, sport analytics room, and change rooms.

The facilities will be designed for not only the junior national training program in Western Canada and the training program for top BC Athletes, but it will also provide community access to a broad base of programs for all age groups and skills.

It is unclear what will happen to the complex’s existing Burnaby Tennis Club facility, which has 17 outdoor courts and six indoor courts.

“The Burnaby Lake Sports Complex is the perfect location for a Western Canada Tennis Centre and athletes from the Lower Mainland will benefit from the resources and programming,” said Rebecca Marino, WTA player and resident of British Columbia.

“I look forward to returning home to train with some of Canada’s ‘next generation’ high-performance players.”

Fortius Sport & Health, also located in the area, has a 50-room lodge for elite athletes and sports teams, a gymnasium for FIBA and NBA-level basketball, a 15,000-sq-ft fitness centre, a FIFA-standard soccer turf field, and a sports medicine facility.

An upcoming fundraising campaign will help support the construction of the new WCTC.