It has been nearly 25 years since the inaugural run of the West Coast Express commuter rail on November 1st, 1995.

Since that date, not much has changed; it still consists of a single line of eight stations running 69 km from Mission Station to Waterfront Station.

Despite this the West Coast Express (WCE) has been a major success, regularly running at standing room only with efficient fare recovery. Daily ridership levels average just over 10,000 passengers a day.

To fully appreciate how limited the WCE service currently is and how stunted it has been in expansion, one only has to look to our nation’s other two commuter rail systems.

First stop is the Montreal Exo, which is comprised of six commuter rail lines, complimenting its subway system. Currently, the Deux-Montagnes commuter rail line is being upgraded to a SkyTrain-like automated rapid transit service, the Réseau express métropolitain (REM).

Even more expansive is the GO Transit commuter rail system that serves the Golden Horseshoe region of Southern Ontario. Seven lines (452 km of rail) radiate from Toronto’s Union Station reaching as far away as Niagara Falls. All day bidirectional service has been pledged for all corridors in the future, with an ambitious target of 15 minute frequencies.

One does not need to travel as far away as Eastern Canada to see a commuter rail system having grown beyond its initial service levels.

The Seattle Sounder commuter rail system began operations with a single line (the South Line) in September 2000. Only three years later in 2003, a second line (the North Line) was added. These two lines currently total 134 km of rail.

Initially a uni-directional service, akin to the WCE, three bidirectional trains have been added to and from Tacoma on the South Line. Further extensions, station expansions, and service increases are currently planned. 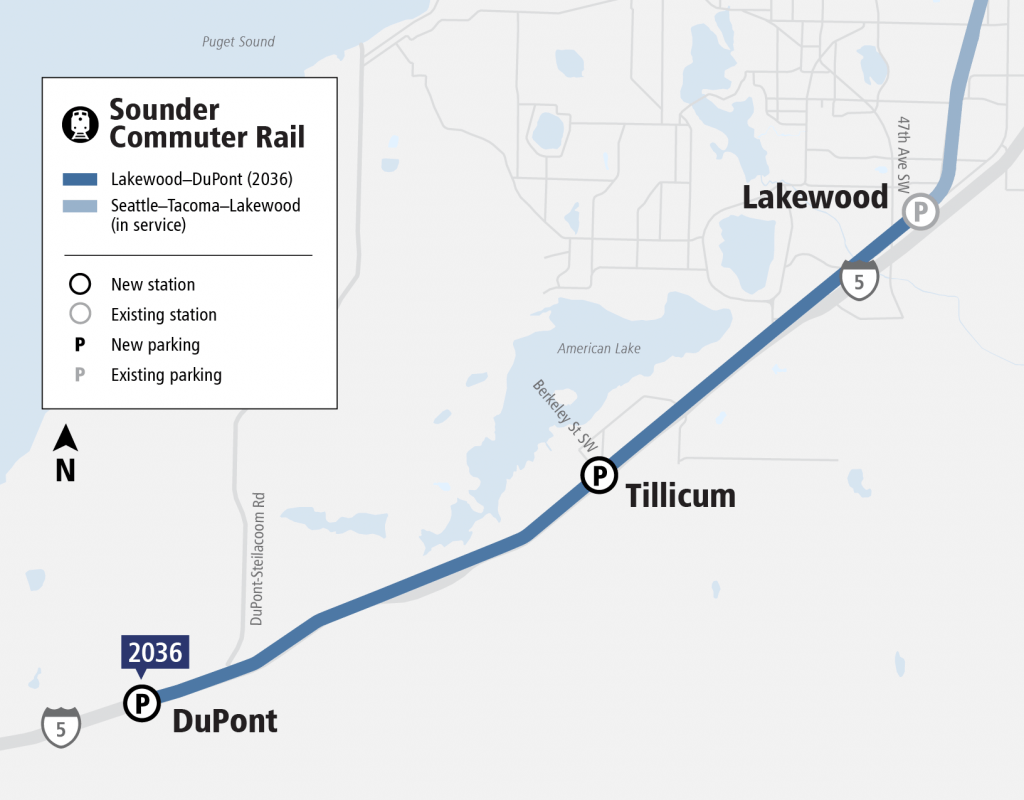 This is in stark contrast to the stagnant approach that has been taken towards expanding the WCE by governments of all stripes, both past and current.

The WCE still claims the meagre distinction of being Western Canada’s only commuter rail system, but this too may no longer be the case in the not so distant future.

Calgary has recently revealed plans for two commuter rail lines. The first is to be an east-west line potentially reaching as far out as the town of Banff in the Rocky Mountains.

Much like the WCE, this line would run along the Canadian Pacific Rail (CP) mainline. In order to avoid conflict with CP’s freight schedule, the project could involve triple tracking the current existing single track. 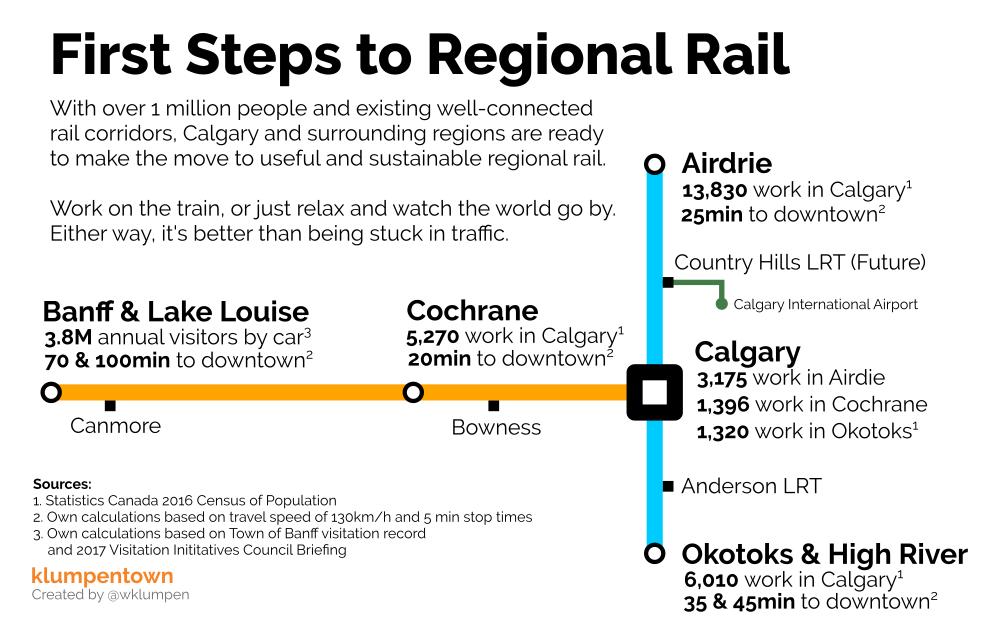 So why hasn’t the WCE seen any true expansions in service frequencies or coverage since 1995?

The simplistic answer is the inability to secure passenger rail time along the busy CP mainline that the WCE runs along.

CP puts great precedence towards its ever increasing freight operations, which are especially congested due to the presence of the Port of Vancouver.

The constrictive topography alongside the Port and between Burrard Inlet and Burnaby Mountain have also contributed to this stalemate. 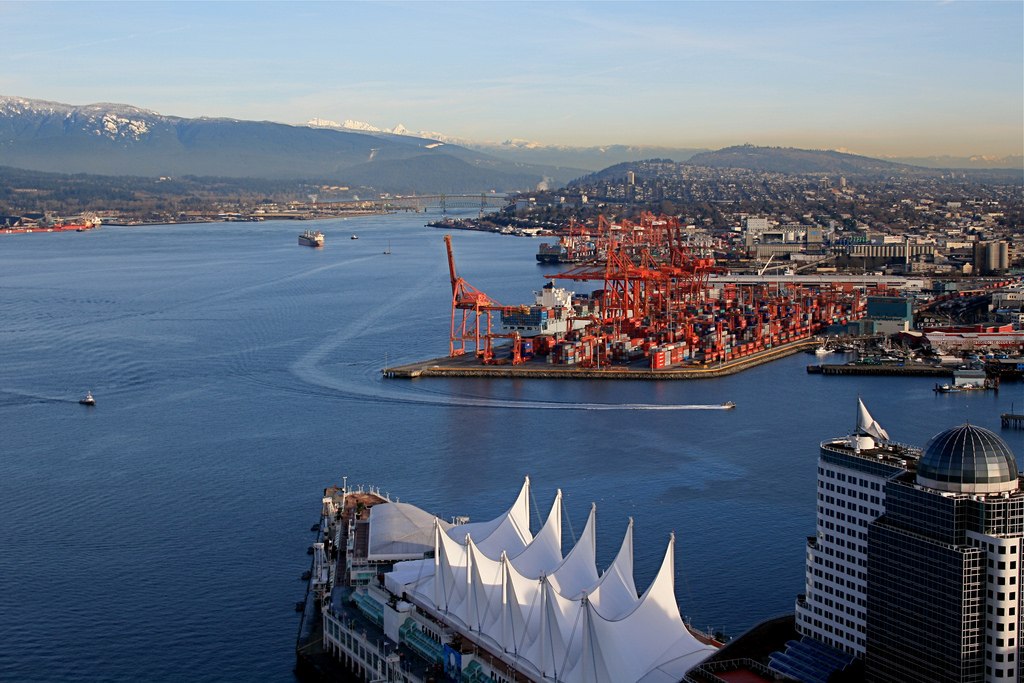 In the past, a few minor expansions have been brought forward, such as adding stations in North Burnaby and at Albion in Maple Ridge, but these projects have been silently postponed or removed over the years.

Regarding the WCE, Phase One of the 10-Year Plan only includes the purchasing of two new locomotives and the refurbishment of the existing six.

Phase Two only mentions ongoing negotiations with the Port of Vancouver, the railroads, and other stakeholders in preparation for potential expansion in Phase Three.

While anticlimactic, there is a glimmer of hope.

Unlike years past, expanding the WCE is far more obtainable today than it has ever been before, and this is all due to SkyTrain’s Millennium Line Evergreen Extension.

The Evergreen Extension opened on December 2, 2016. This SkyTrain extension connects Port Moody and Coquitlam to the remainder of the SkyTrain network, and in doing so it has created two direct transfer points between SkyTrain and the WCE — one at Moody Centre Station and the other, more importantly, at Coquitlam Central Station.

Unlike before where any expansion of the WCE had to include the entire length of the existing line, in utilizing the new transfer point at Coquitlam Central Station, this is no longer the case. 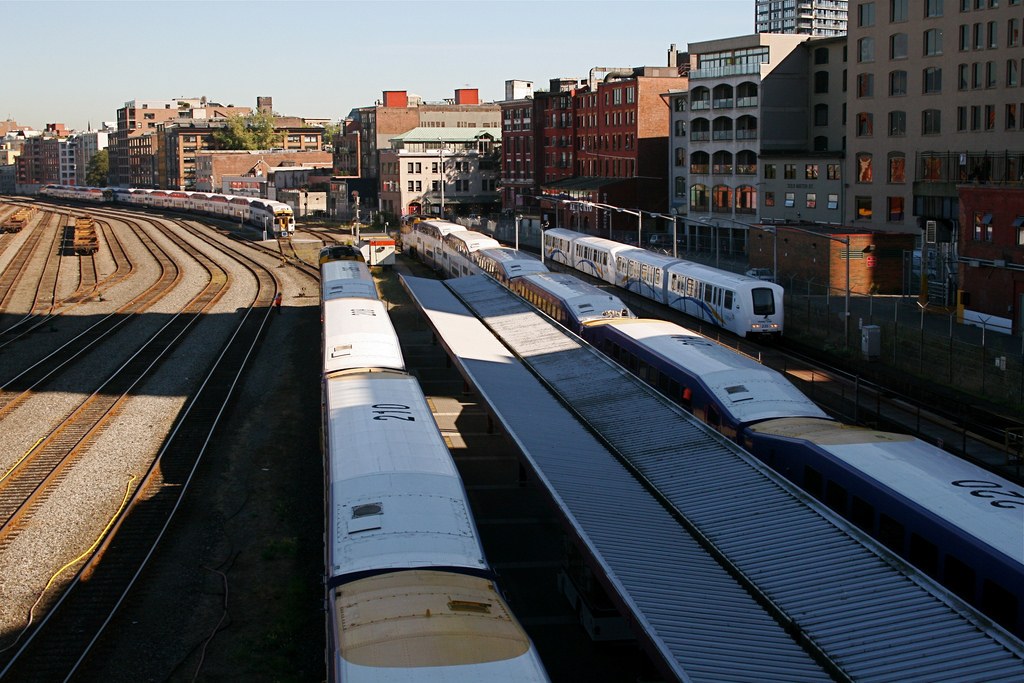 As stated before, the most difficult section for service expansion is along Burrard Inlet between Waterfront Station and Moody Centre Station.

Only the current unidirectional rush hour trains would continue to Waterfront Station.

Such a project would still require adding track along the existing mainline, but this could be phased. A Phase One scenario could involve initiating bidirectional service between Coquitlam Central Station and Port Haney Station in Maple Ridge — a largely flat and straight rail alignment.

This could be followed by a Phase Two scenario extending bidirectional service all the way to the current eastern terminus at Mission Station. New stations could also be added at Albion, a rapidly growing residential area in eastern Maple Ridge, and Hastings Park, which would serve those visiting PlayLand and the PNE for the day. 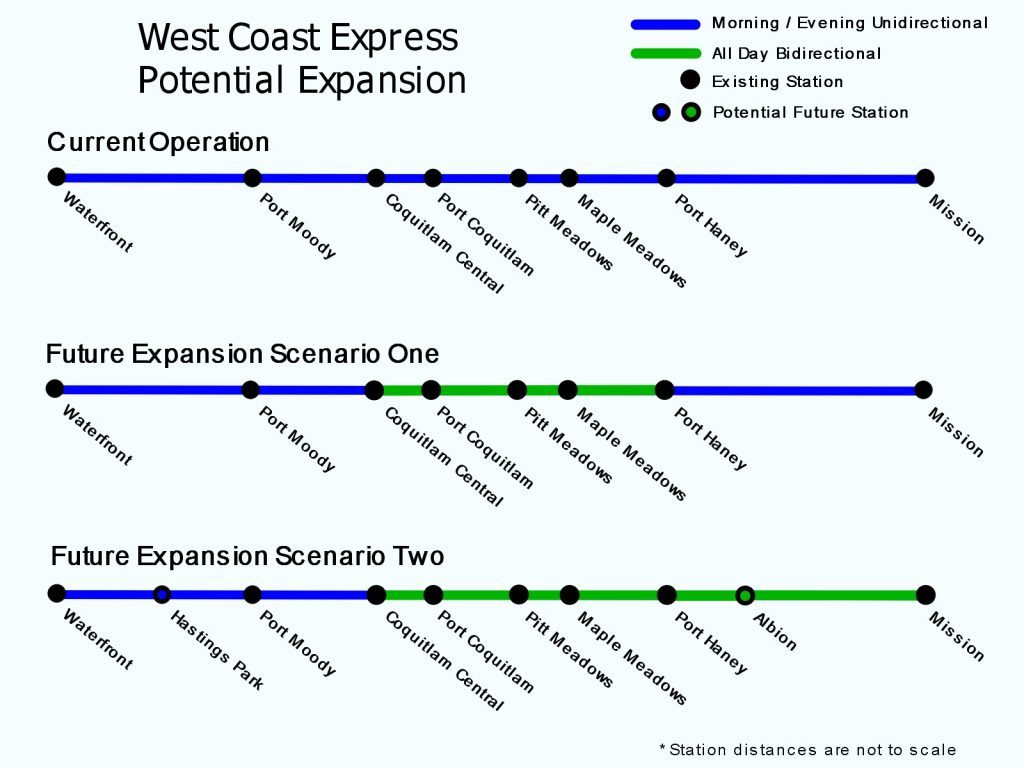 The combined population of Metro Vancouver and the Fraser Valley is now nearly three million people, and continues to grow.

Commuter rail is an important transit service for similar urban regions throughout the world. It is time for the WCE to expand beyond its 1995 limitations and fulfill its important role in or transit system. 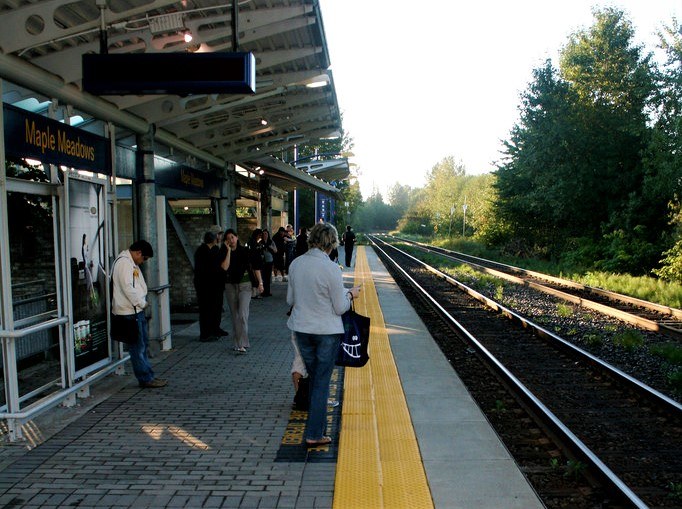