The massive $6.3-billion REM light rail train system will be completed by 2023 but commuters will have to go through several challenges, including lengthy delays, in order to get to the island of Montreal before the network is completed.

REM officials outlined their construction plans on Thursday and it seems like thousands of daily commuters could potentially face aggravating travel delays when construction starts in January 2020.

The Deux Montagnes and Mascouche train lines, that consists of roughly 18,000 daily commuters, will be hit with the brunt of the delays, with each trip expected to take an additional 20 to 45 minutes, according to the REM’s plans.

Additionally, four train stations within the Deux Montagnes-Mascouche network will be closed for two years, starting in 2020.

In 2021, the Deux Montagnes line will shut down completely as crews work to convert the tracks to REM specifications. 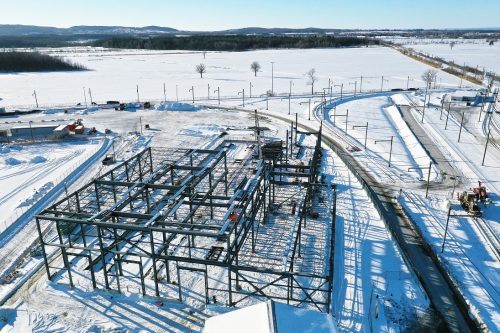 Some changes will come into effect sooner than 2020 however. As early as March 25,  construction will only allow one train at a time to go through the Mont Royal tunnel, both inbound and outbound.

REM officials expect train wait times will equate to five minutes before either train can continue through.

When the Mont-Royal and Canora stations close entirely in January 2020, commuters will be offered an STM shuttle bus service to both the Namur and Acadie metro station.

The final REM line means the Mascouche train will no longer go all the way to downtown Montreal.

Commuters from the South Shore will have the least amount of disruptions, according to REM officials who expect a maximum of 10-minute delays going from Panama Station to the city.

Officials are examining the possibility of setting up reserved bus lanes and altering traffic lights to ease the commute as smoothly as possible.

Exact details of alternative measures and routes will be presented at the end of 2019, as per the REM.

Experts estimate that when the light train network is completed, commuters will wait a maximum of five minutes per train.