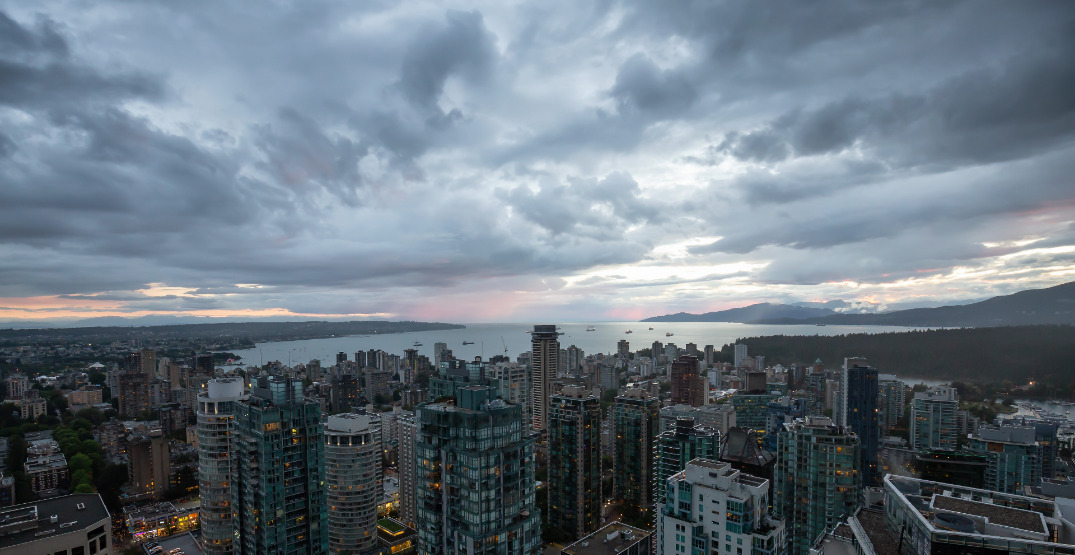 From heat domes to atmospheric rivers and now a “weather bomb,” BC is going to experience some wild weather over the next four days.

The Weather Network is warning that hurricane-force winds and heavy rains will close out the week for the province.

Rain and wind are expected to pick up over the course of Thursday, becoming steady and widespread by mid-day on Friday.

The weather bomb is expected to settle into BC on Thursday, and it has to do with a sudden drop in barometric pressure. The Weather Network calls it a “potent storm parade.”

While cities located on the west coast of Vancouver Island will experience the worst of it, parts of the Lower Mainland, including Vancouver, could see winds up to 50 kilometres per hour. 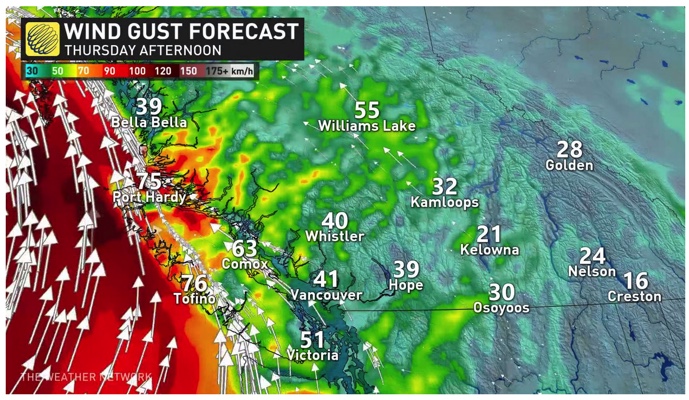 Areas like Tofino and Port Hardy are going to get hit particularly hard, with winds of nearly 80 kilometres per hour.

Remnants of a western Pacific typhoon are boosting the amount of rain the system is expected to bring to the region.

Along with the heavy rain and wind, cooler-than-seasonal temperatures are expected to continue.

Forecasters suggest the region will see a lull in the stormy conditions on Saturday, before a second storm ramps up on Sunday, expected to bring more wet and windy conditions.

After all is said and done, over 200 millimetres of rain could drench the province by next week.

Be sure to hold on to that umbrella tightly.