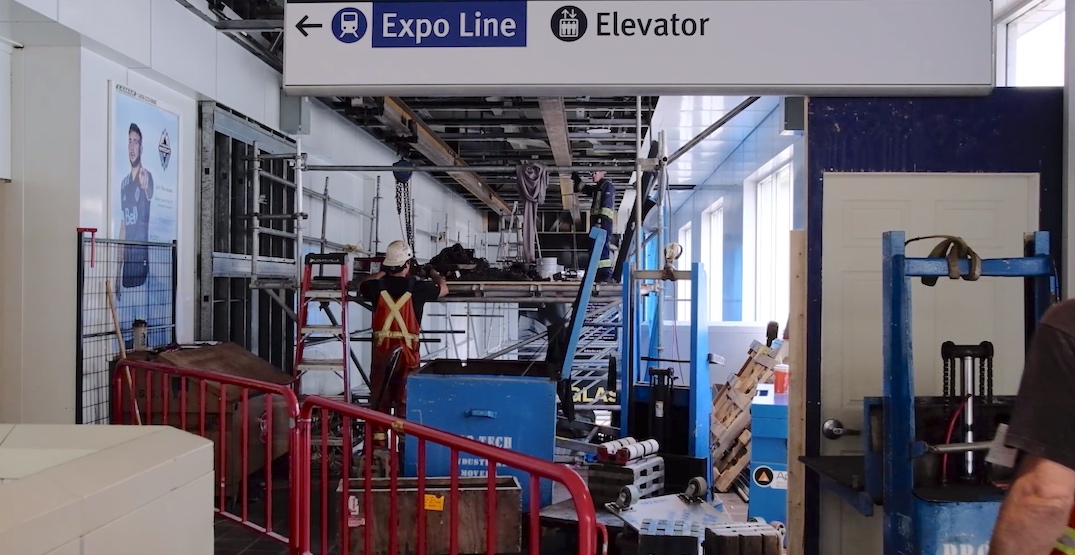 Construction for the replacement of the original escalators at Waterfront Station's Expo Line. (TransLink)

The main entrance into the Expo Line at Waterfront Station through the heritage CPR building will be closed over three weeks starting on Friday, June 12.

TransLink says this closure is being performed for a replacement of the aging escalators between the concourse and platform, which requires the use of heavy machinery.

The maintenance project has been expedited while ridership remains low, effectively minimizing the impact to passengers. Upon completion, the escalators will be more durable and reliable.

Passengers are being advised to allow for extra travel time during the construction period due to the lengthy walking detours.

Waterfront Station’s Expo Line platform will only be accessible from the secondary entrance on Howe Street, located to the west near Canada Place. Passengers transferring between the Expo Line and Canada Line, SeaBus, or West Coast Express will need to walk between the Howe Street entrance and the West Cordova Street mezzanine. 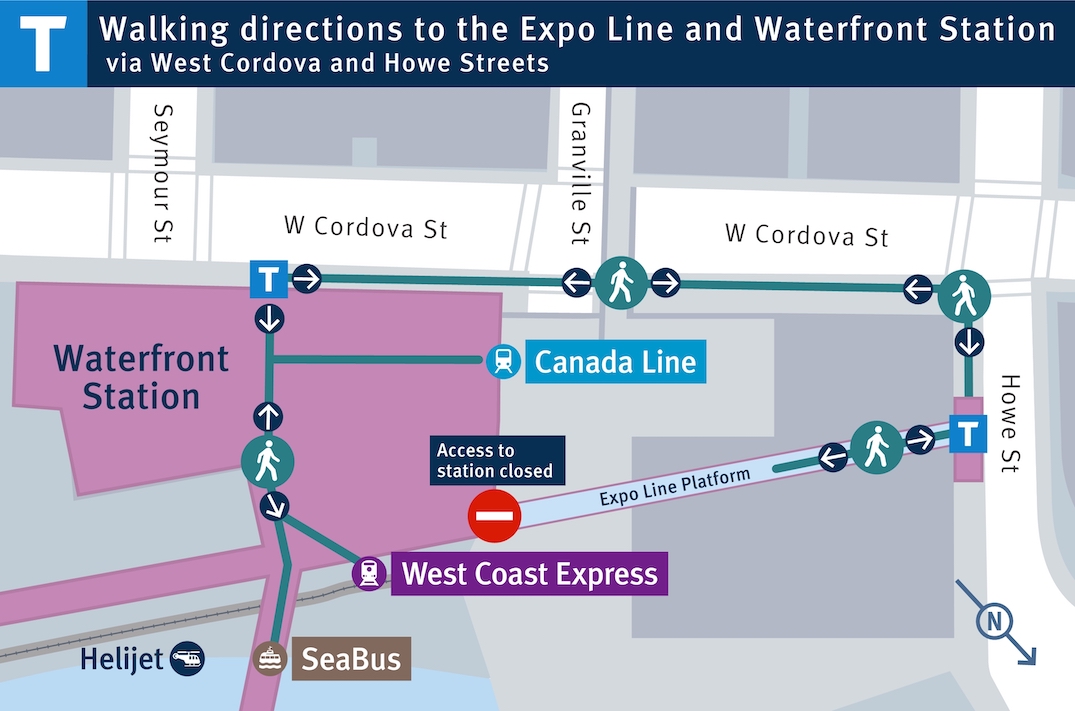 Additionally, there will be no elevator access to Waterfront Station’s Expo Line platform during construction.

TransLink will operate a shuttle bus service between Waterfront Station and Burrard Station for passengers who require elevator access. The shuttle will run every 15 minutes between 5 am and 10 pm on weekdays, and between 6 am and 10 pm on weekends.

SkyTrain passengers transferring between the Canada Line and Expo Line, especially those in need of elevator access, are also encouraged to make their transfer at Granville Station and Vancouver City Centre Station.

These new escalators are part of TransLink’s Expo Line escalator replacement project, replacing escalators that were built in 1985. A total of 37 escalators at 13 stations along the Expo Line are being replaced.

Granville Station’s original escalators have been undergoing a replacement project since May 2018 and are expected to reopen sometime over the coming weeks.

A rebuild of the SeaBus terminal’s escalators was recently completed.