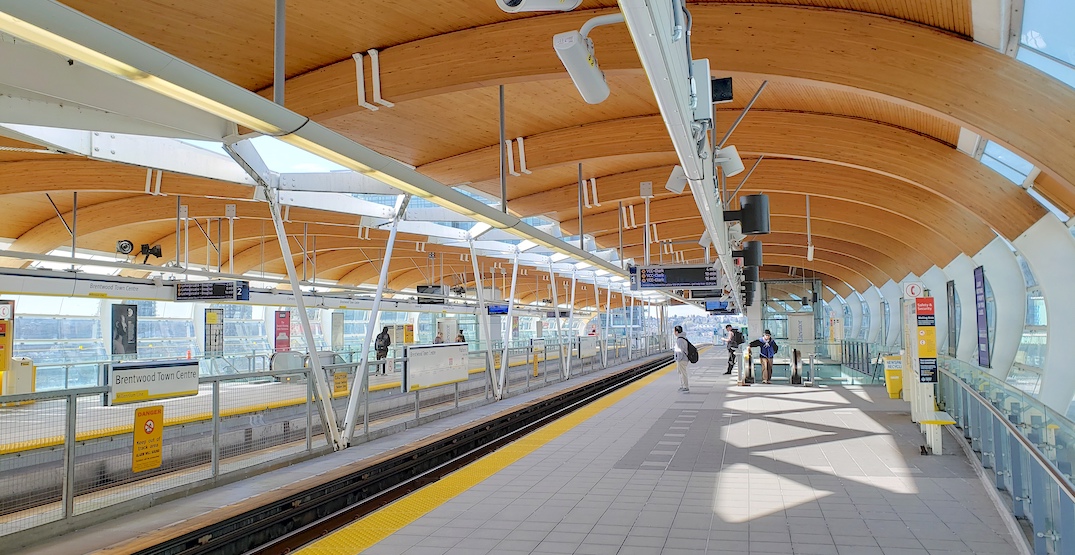 In an email to Daily Hive, TransLink states the project is still in the design phase, but construction is expected to begin before the end of 2020.

However, the scope of work is intended to increase the station’s capacity and accessibility, while creating new amenities to significantly improve the experience of passengers.

Previous proposed project components include two new escalators, the enclosing and rehabilitation of the station’s north staircase, the resurfacing of the mezzanine level, and new additional canopies to better protect the mezzanine level from weather.

There could also be a new commercial retail unit and improvements to the lighting system.

The station will likely see major increases in ridership over the coming years, when more of the Brentwood area’s development projects reach completion, specifically the businesses within The Amazing Brentwood (TAB) shopping mall, which will mostly open by the end of this summer.

Other sizeable redevelopment projects are also in process or planned near the station within the short-to-medium term, including Aoyuan International’s nine-acre redevelopment with 1,500 homes and 280,000 sq. ft. of commercial space, and a yet-to-be-defined, eight-acre project by Grosvenor Americas.

The Brentwood Town Centre district could conservatively see 14,000 new homes added to the area, with TAB accounting about 6,000 of the homes. 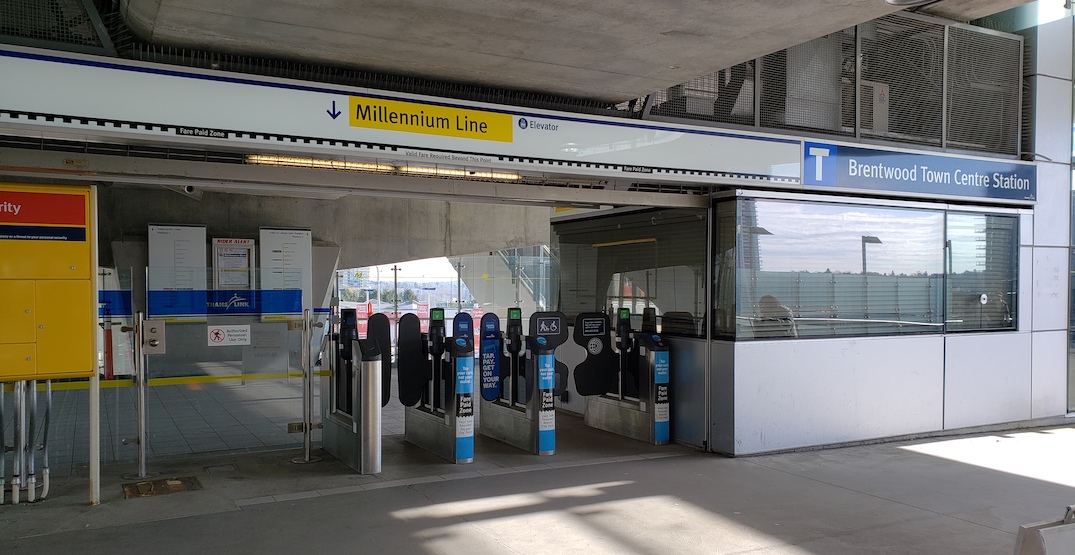 The public transit authority has budgeted $24 million for this station upgrade project, with $6.16 million coming from the federal government. It is being carried out under Phase Two of the Mayors’ Council’s Plan.

Other SkyTrain renovation projects under Phase Two include an unspecified $75-million capacity upgrade of Burrard Station, as well as the design and planning work for future upgrades of Columbia Station, Edmonds Station, and Stadium-Chinatown Station.