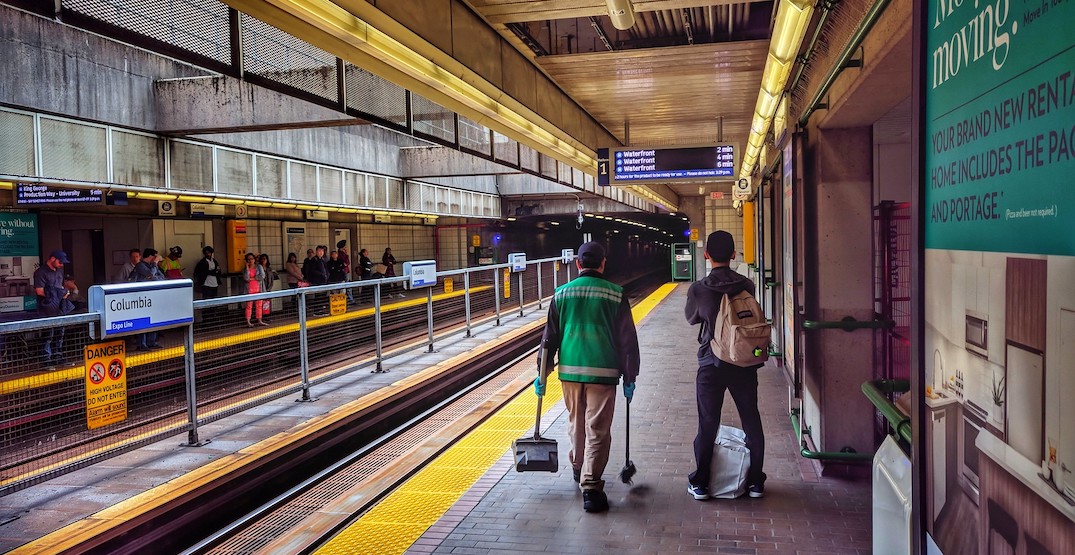 The public transit authority has plans to perform a retrofit of Columbia Station in New Westminster on SkyTrain’s Expo Line.

TransLink has launched a bidding process to seek a contractor that will perform a feasibility study and create conceptual designs for possible future upgrades to the station, which was completed in 1989 as the second-phase extension of the Expo Line between New Westminster Station and Scott Road Station.

The latest available data shows the station was the 34th busiest SkyTrain station in 2018, with 1.6 million total annual boardings — an average of over 5,000 boardings per weekday. But this figure does not show the true picture of the station’s internal volumes, as it is a major interchange station between the two segments of the Expo Line ending at King George Station and Production Way-University Station.

Currently, particularly during peak periods, overcrowding can be an issue from the volume of transferring passengers on the narrow platforms and circulation passageways.

Although it was not designed as an interchange station, Columbia Station became one in 2002, when the new routing for the Millennium Line immediately east of the station opened.

In an email to Daily Hive, the public transit authority said its forthcoming study will recommend upgrades that could improve station accessibility, customer flow, and capacity. A budget ceiling for the project is not publicly available.

This planning work is being conducted under Phase Two of the Mayors’ Council’s 10-year plan, which includes designing future upgrades for Edmonds Station and Stadium-Chinatown Station.

As for station renovation projects that are part of Phase Two, TransLink has budgeted a $24 million project of Brentwood Town Centre Station and $75 million for Burrard Station.