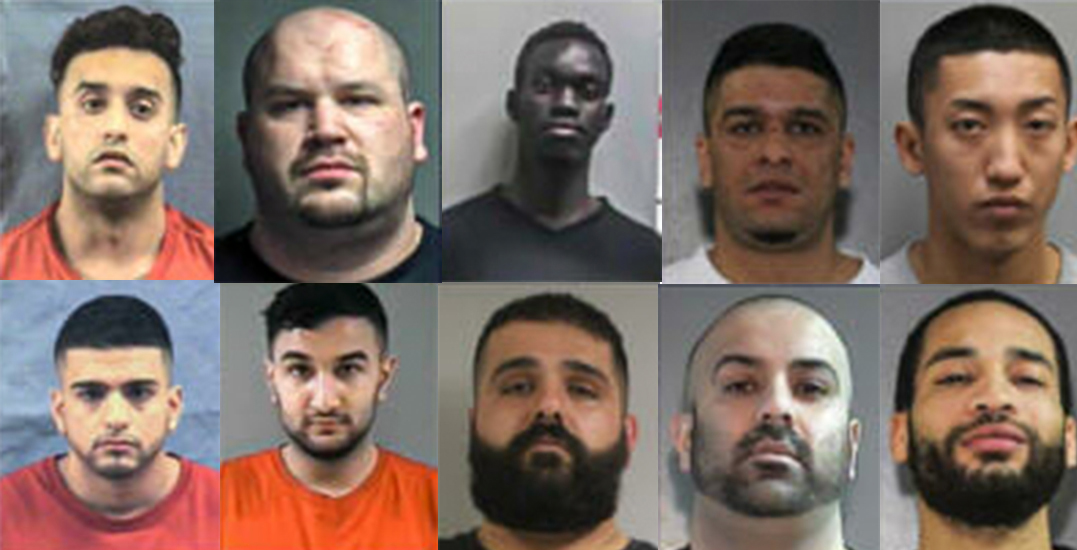 Editor’s Note: An earlier version of this story was temporarily removed from the Daily Hive website because it contained information that was “issued prematurely” by RCMP. This version contains the latest and most accurate information.

A public warning has been issued against 11 men who police say are “involved in the Lower Mainland gang conflict” and increased public violence.

The message comes from the Combined Forces Special Enforcement Unit of British Columbia (CFSEU-BC), who released the names, photos, and ages of the men, all of whom “pose a significant risk to public safety.”

“These individuals are known to police and have been connected to the current spike in violence,” the CFSEU-BC says in a release. “Police believe that anyone with or in proximity to these individuals may be putting themselves at risk.”

Authorities add that they’re “expecting the violence to continue and escalate,” noting that these individuals may be targets for future violence.

These men are the subject of the public warning: 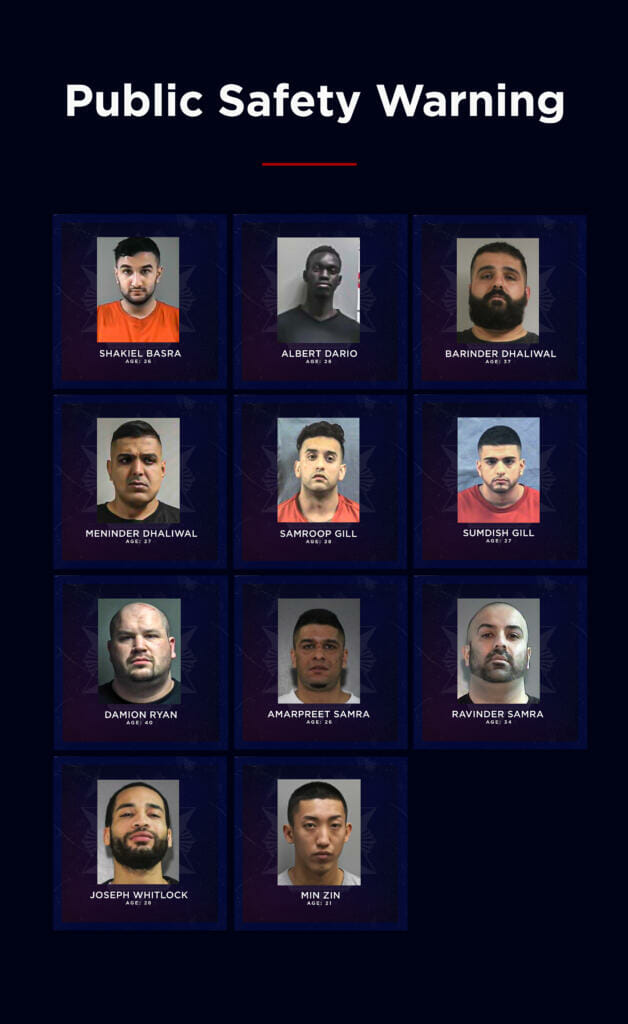 “Gang members travel between jurisdictions, and it is important for the public to be aware so they can take steps to ensure their safety,” Assistant Commissioner Manny Mann, CFSEU-BC Chief Officer, says in a statement.

“The Vancouver Police Department’s warning yesterday, and ours today, may be the first two in the series of many warnings to come should more individuals choose to continue their involvement in violent gang-related behaviour.”

According to the Vancouver Police Department (VPD), there have been 20 gang-related homicides in Metro Vancouver in 2021 and 20 attempted murders. The victim of a brazen “targeted” shooting outside Vancouver International Airport was well known to police and the subject of a rare public warning several years ago.

Any information about recent incidents of violence or suspicious activity should be reported to the police by calling 9-1-1.