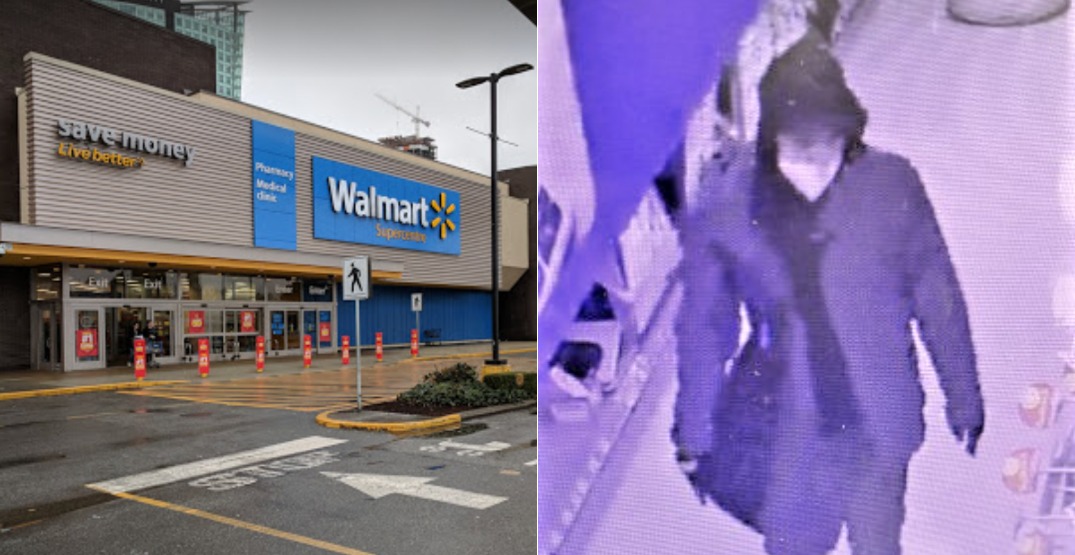 It’s not just the deals that are on fire.

Someone set a fire in one of the aisles at a Walmart in Surrey around 7:30 pm on March 23, but they got away too fast for police to catch them.

Staff were able to put out the fire themselves, but they had to shut down the store because of the situation.

In a statement emailed to Daily Hive Vancouver on March 25, Walmart confirmed that no associates or customers were harmed. Still, they called the act of arson “shocking, dangerous, and shameful.”

“This appears to be a criminal act of arson that will unfortunately and unfairly impact our customers, associates and the local community who rely on the store. Setting a fire in a public setting with people inside is shocking, dangerous and shameful,” they say.

“The safety of our associates and customers is a top priority.”

They say they’re doing everything they can to ensure the arsonist is identified and held accountable. That includes assessing their legal options to seek compensation from the arsonist for the damage they caused.

“The upper floor of the store is currently closed as we carry out the necessary clean-up and repairs resulting from the arson. Many items will likely need to be destroyed due to the damage,” they say.

“The upper floor will reopen as soon as possible while we work with officials to ensure the store is safe and up to the standards our customers expect and deserve.”

Meanwhile, Surrey RCMP are still looking for a suspect.

Corporal Vanessa Munn, Media Relations Officer for Surrey RCMP, told Daily Hive “the suspect fled the store and police were unable to locate him in the area upon arrival.”

She describes the suspect as a Caucasian male in his 30s, approximately 5’8”, with a medium build.

“He was wearing a grey jacket with a black hoodie as well as grey sweatpants and a dark baseball cap,” says Munn.

“Our investigators are still looking to identify the suspect and determine a motive.”

It’s unclear what exactly the suspect was burning, but police are hoping to figure that out as their investigation progresses.