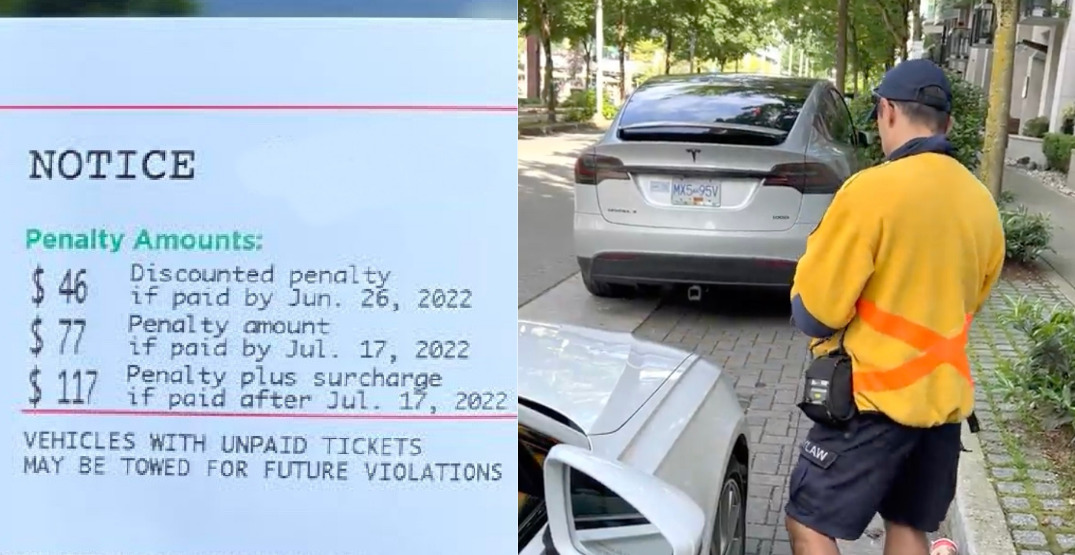 If you’re waiting in your car at a street parking spot for five minutes without paying, is a ticket justified?

That’s the question a Vancouver driver is asking after briefly setting up shop in the Olympic Village area on June 12.

In an interaction that the driver recorded, you can see him questioning a parking enforcement officer about his decision to write the driver a ticket.

The video starts with the driver asking why he is getting a ticket.

“I’m just waiting for someone,” he adds.

While there’s no way to confirm that it was just five minutes of waiting, the video interaction does seem to support the driver’s claims.

The parking officer suggests that he gave the driver the opportunity to pay for a ticket, making it seem like he has no choice but to write the driver up. The officer also claims that the area is really busy for parking, at which point the driver pans his camera towards the street. You see lots of cars parked, but it doesn’t necessarily seem busy.

The driver asks again, “How long have I been waiting for?”

“You’re holding a spot, I explained it’s a pay zone,” the officer responds.

At that point, the driver says, “You’re overstepping sir.”

The officer shrugs in response.

Daily Hive spoke with the driver who says he was “kind of shocked” and has filed a dispute with the city.

“I probably will have to pay this however this raises some questions. What if I’m pulling over to make a phone call or text. Should the driver need to pay for parking?”

He also wonders what a driver should do if they’re unloading or loading something or someone.

It’s likely something that happens 100 times a day when there’s no officer present, but this driver just happened to be in the wrong place at the wrong time.

You’ve likely found yourself in a similar situation and had a bylaw attendant just pass you by instead of giving you a ticket after noticing you waiting in or at your vehicle.

It begs the question, was the bylaw officer “overstepping” as the driver put it, or was he simply doing his job?

In either case, you may want to tread carefully next time you’re simply waiting in a parking spot without paying or you may find yourself on the receiving end of a ticket.