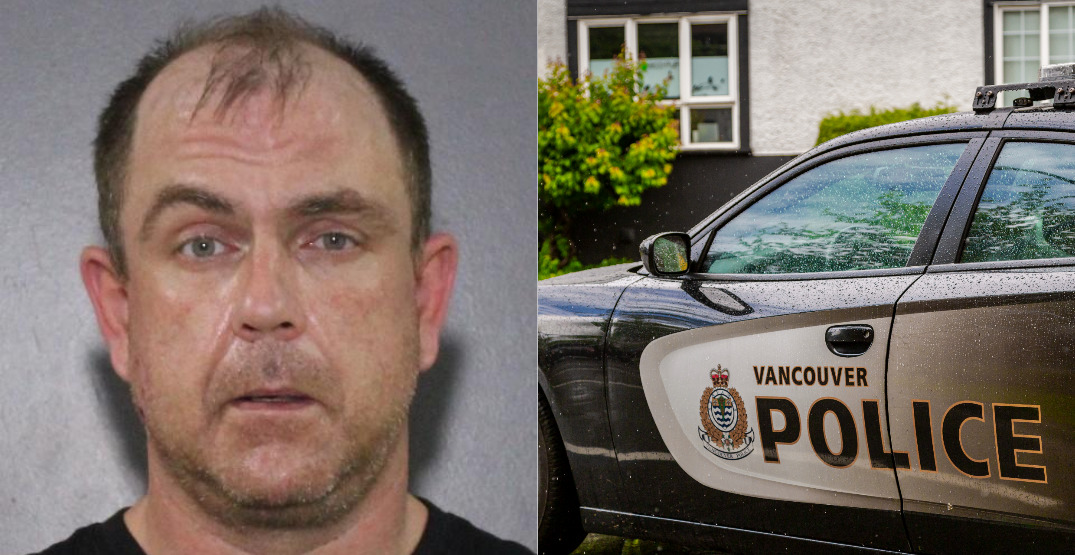 The Vancouver Police Department (VPD) has issued a warning to the public about a man who was released from custody on Friday.

39-year-old Ronald Campbell from Cranbook poses an increased risk of being exposed to violence, for anyone who associates with him.

Campbell was initially taken into custody after a traffic stop conducted by the Metro Vancouver Transit Police (MVTP).

MVTP spotted a stolen vehicle in Surrey on August 14. After a traffic stop and subsequent investigation, MVTP were able to locate a loaded handgun inside the vehicle.

Investigators from the VPD Task Force believe that Campbell is currently involved with the ongoing Lower Mainland gang conflict.

“As a result of some excellent police work, MVTP officers were able to recommend four firearm-related charges against Campbell to Crown counsel,” said VPD Constable Tania Visintin in a statement.

“Campbell has been released today on strict court-imposed conditions,” she added.