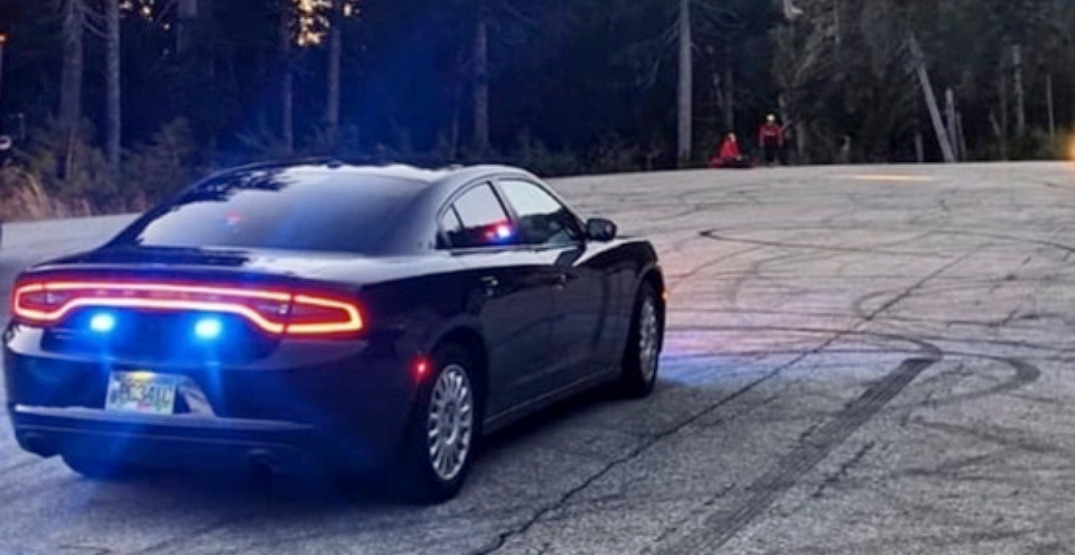 West Vancouver Police are looking for answers after two young men tragically lost their lives in a car accident in West Vancouver.

Police have taken one man into custody, and believe high speeds and alcohol likely contributed to the crash.

Road closures were put into place, and access to the Cypress Bowl between Chippendale Road and Eagle Lake Access Road was also closed between 4:00 am and 2:00 pm on Thursday afternoon.

According to a release from West Vancouver Police, the man in custody is a 22-year-old from Vancouver, and may be facing charges relating to criminal negligence causing death and bodily harm.

The victims are believed to be two 20-year-old Surrey men.

“Our investigators are working hard to determine the cause of the collision,” said Cst. Kevin Goodmurphy in a statement on Thursday.

“This is an absolutely tragic incident.”

The collision occurred just before 4 am, early Thursday morning.

An investigation was conducted by members of the Integrated Collision Analysis and Reconstruction Service.