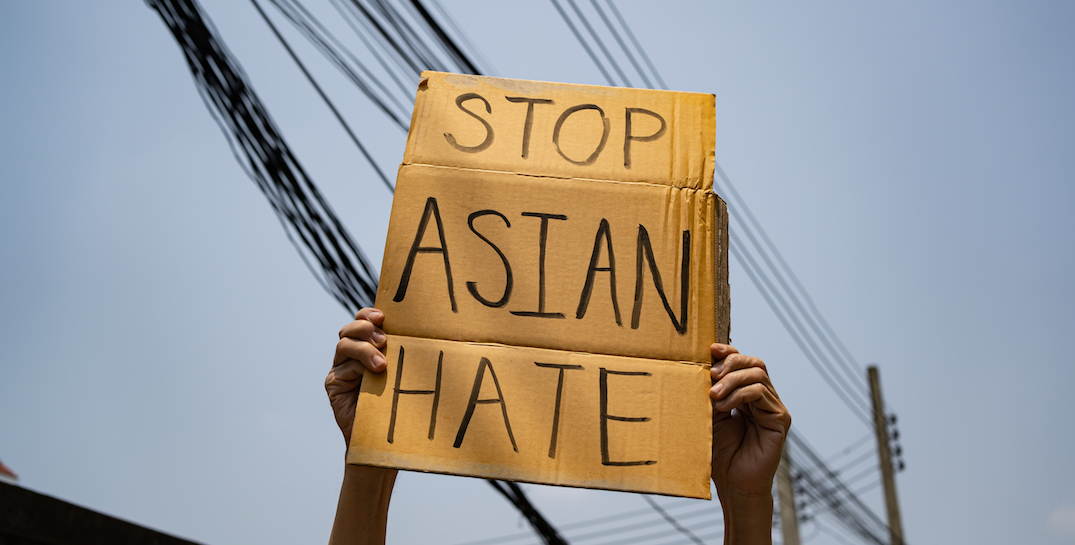 A Vancouver lawyer is shedding light on the barriers people face when attempting to report a hate crime in the city.

Steven Ngo was stopped at a red light on April 15 when he thought he heard someone in the car next to him yell a racial slur.

When he rolled down his window to confirm his suspicions, two white men yelled the same slur at him before hurling garbage at his car and speeding away.

“I was shocked. I was appalled that something overtly racist like this would happen. I was born in Vancouver, I grew up in this city,” Ngo told Daily Hive.

“You never think it will happen to you – until it does.”

His second shock came when he tried to report the hate crime. Ngo said he called the Vancouver Police Department’s non-emergency line, but was left on-hold for 30 minutes.

He tried to report the incident online instead, but discovered that there are only two forms available for hate crimes – one in traditional Chinese, and the other in simplified Chinese.

Ngo, who doesn’t speak Chinese, had to put the form through Google Translate in order to fill it out and submit his report.

“That was probably the most surprising part. Does this mean that only people who are Chinese are the subject of hate crimes? I don’t think so,” Ngo said.

“How are bystanders, or any victim who doesn’t speak Chinese, supposed to report a hate crime? Imagine calling in for your cellphone bill – no one is going to wait 30 minutes.” 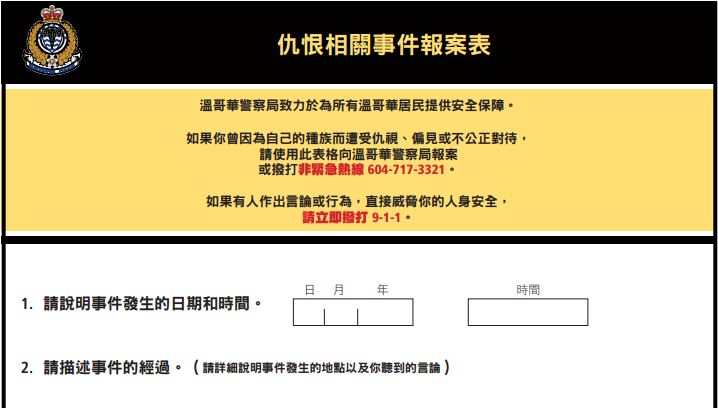 The VPD’s website offers online reporting options in English for other crimes, such as graffiti and theft. When Ngo suggested they add multi-lingual forms for hate crimes, he said the VPD told him that they would “consider his feedback.”

Anti-Asian hate crimes have risen 717% in Vancouver in the last year but, as Ngo notes, Asian doesn’t just mean Chinese.

According to Statistics Canada, more than 542,000 people in Metro Vancouver – 22% of the population – identifies as South Asian, Southeast Asian, Korean, Japanese, or Filipino.

Without options available in other languages, he believes that the victims of hate crimes will be deterred from reporting the incidents.

“If people are afraid to repot a hate crime or don’t know how, how can we get the actual numbers?” Ngo said. “There are actual procedural barriers in place right now. There is something systemic happening.”

“At the end of the day, data drives decision making. If there is inaccurate data, there is no way that there can be support for minorities. Nothing will get done. This is a major issue.”