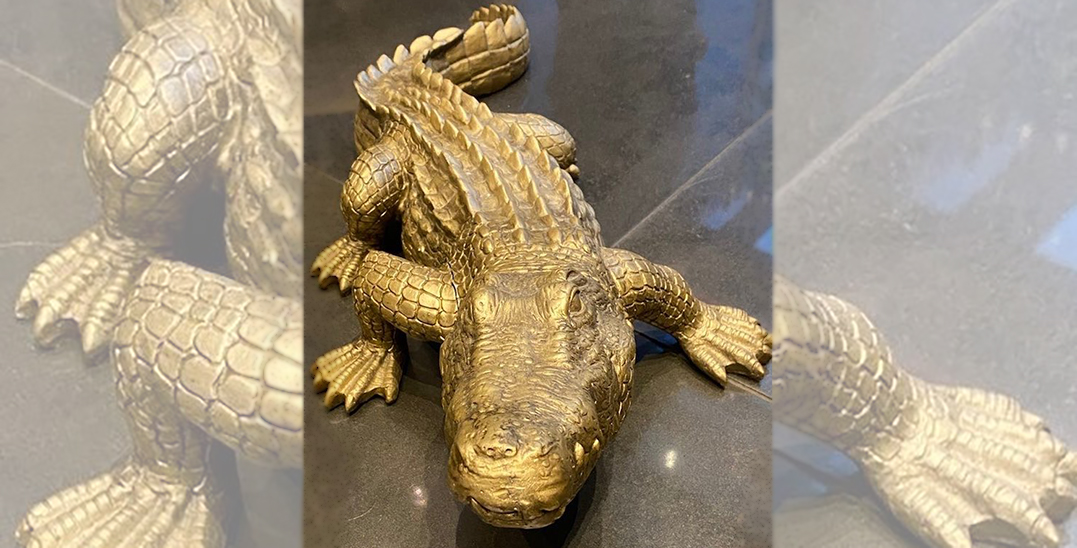 A high-rise condo resident in Vancouver was in for a scare after encountering a highly realistic fake alligator.

Constable Jason Doucette says that the call came in at approximately 7 am on Thursday.

VPD officers were called to help a “hysterical” resident who was stuck in a stairwell. She had reportedly come “face to face with an alligator.”

Doucette adds that before investi-gators could arrive on the scene, however, the alligator was confirmed to be a realistic fake.

7am: Officers called to high rise condo to help ‘hysterical’ resident stuck in stairwell where she just came face to face with alligator.

Prior to arrival, alligator confirmed as a realistic fake 😳. Phew. pic.twitter.com/An2inrBCUB

Talk about a cold-blooded scare.