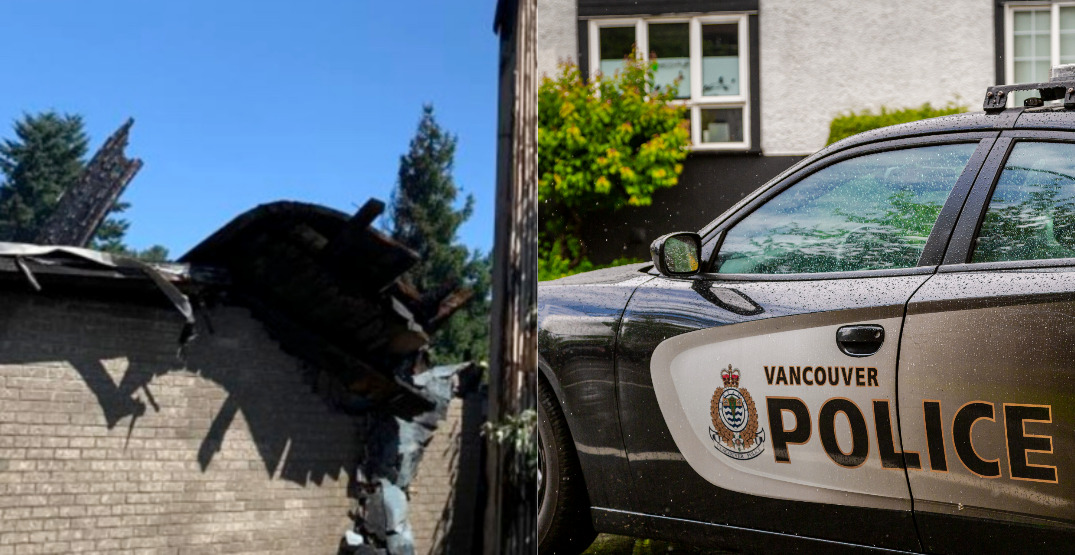 Vancouver Police are currently investigating 13 incidents of mischief and vandalism at churches and church properties since June 2.

Some of the incidents include rocks being thrown through windows, buildings being defaced with paint, and threats to set church buildings on fire.

The investigation is being conducted by specialized investigators from VPD’s Property Crime Unit.

No arrests have been made in connection with this investigation, but investigators are gathering evidence and looking for potential links to these crimes.

One of the incidents involved a church building near Vancouver’s Little Mountain neighbourhood, which was vandalized by four people dressed in black around 9 PM on June 8. Red paint was thrown on the property, and graffiti that referenced residential schools was found.

In South Vancouver, someone threatened to burn down a church on Canada Day. Another church in the Renfrew-Collingwood area was vandalized, also on Canada Day. Two women threw orange paint on the side of the building.

In another incident, a church in Kitsilano had a rock thrown into one of its windows in early July.

The most recent incident involved a pastor of a church in South Cambie making his morning rounds on July 20, when he spotted a gallon of lighter fluid and rags near the side of the building.

“Fortunately, nobody has been hurt in these Vancouver incidents and most of the damage has been minor,” adds Sergeant Addison. “However, we’re growing more concerned each day by the escalation of these crimes and their brazen nature, and we’re calling on the people responsible for these crimes to stop. There are more productive ways to voice your anger and express your views.”

Anyone with information about these crimes is asked to call 604-717-0613. Crimes-in-progress or suspicious activities should be reported immediately to 911.