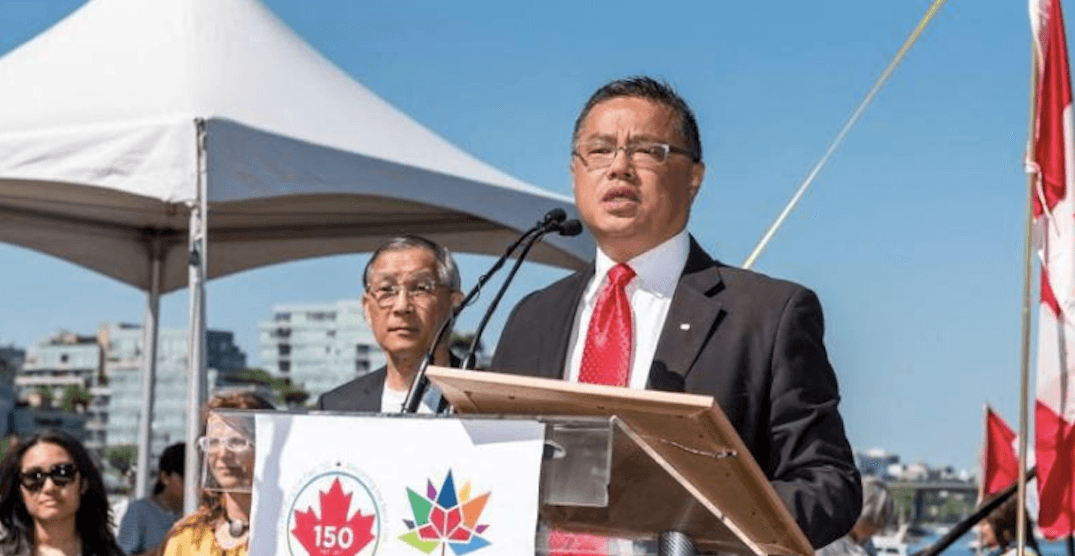 Vision Vancouver City Councillor Raymond Louie has announced he will not seek another term in this year’s upcoming municipal election in October.

On Wednesday, Louie told Daily Hive there are a number of reasons for his decision, “but family is definitely the highest ranking.”

Louie was initially elected in 2002 as a COPE councillor, and later switched his loyalties to the new Vision Vancouver party that emerged out of COPE. His current term is his fifth term.

“I’ve been involved in politics for 20 years and proud of the work that I have done locally, regionally and nationally,” he said. “City council is going to change significantly next term but I hope that voters will continue to support a progressive pragmatic council that cares for all of our city’s people.”

Going forward, Louie said that at this point, he has no plans for work, “but am looking for interesting proposals.”

He holds a number of other municipal-level positions, including Vice-Chair of the Metro Vancouver Regional Board and Chair of the PNE’s Board of Directors.

“I want to thank my family, all my supporters through 6 elections and for the people of Vancouver for placing their trust in me,” he concluded.