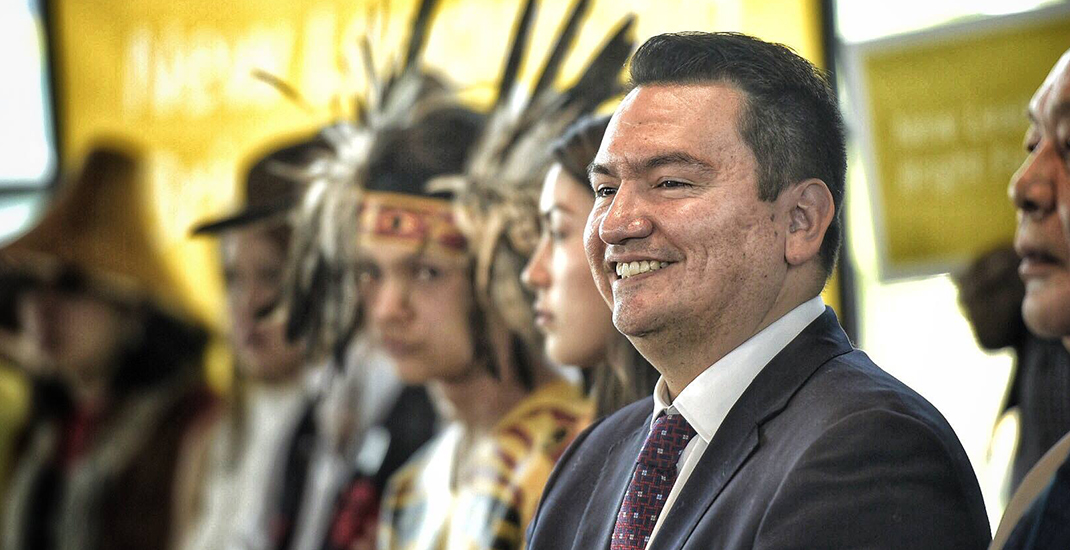 After much uncertainty earlier this year over whether Vision Vancouver will field a candidate for Mayor for the upcoming fall civic election, the governing party announced today it has named Squamish Nation hereditary Chief Ian Campbell as its mayoral candidate.

This decision was made after Taleeb Noormohamed, an entrepreneur and former VANOC executive, dropped out of the nomination race due to a sudden serious health condition.

Vision Vancouver has tempered its expectations in a strategic move to avoid splitting left-leaning votes; the party aims to fill just five of the 10 city councillor seats, two of the seven Park Board commissioner seats, and three of the 10 School Board trustees seats.

The party’s candidates for these bodies will be determined in a Vision membership vote on Sunday, July 8.

Hector Bremner, who was rejected from consideration by the NPA’s leadership board, has hinted that he intends to start his own political party.

Correction: The Vision Vancouver membership vote for City Council, Park Board, and School Board is Sunday, July 8.